I was half-joking when I told my ex, pregnant at the age of 20, that I would never date again and pointed out that, while I would be looking after our child, he would be free to see whoever he wanted. Little did I know at the time that this would prove untrue – and, actually, I would become a serial dater.

This conversation in fact popped into my head whilst, mid-Hinge date, a very cute man told me I was “a catch”, and proceeded to stick his hand in my mouth in a hook-like fashion. My mind then drifted to the leftover curry I’d forgone to be here, before it finally occurred to me that I should be questioning what the f**k was going on.

It all started mid-pandemic. My daughter was now aged four and, after a few failed relationships and an unfortunate tattoo that looked more like an “A” than a “D”, I decided to get back into the dating scene. Word on the socially-distanced street was that everybody was on Tinder. And while I had a little play with it, I turned to the app that was “created to be deleted”: Hinge.

Unlike Tinder, it wasn’t full of guys looking for one-night stands, but it also required less effort on my part than Bumble did. I was pleased to learn that information such as a person’s height, life goals and political leaning was readily available on their profiles, and soon became a pro.

At the peak of it, I was scheduling three dates a week. Perhaps you’re of the camp that believes this is far too much, that people have too much choice these days and no one is willing to commit – and I’d have to admit I agree with you. However, it was for this very reason that I recovered logging on and sliding into guys’ DMs.

You see, I never minded the banal, repetitive questions about siblings, work or favorite colours. On the contrary, I found the experience incredibly informative. Within just a few months I had learned everything from the best scuba diving spots outside the city, to why it’s imperative to have a headboard (don’t ask!).

For me, a date on which I learned something new was a date well spent. Don’t get me wrong, there were some less enjoyable experiences in the mix, but for the most part, I was just enjoying meeting new people – and a lot of them at that!

That’s why it was a tough blow when the hook-in-mouth guy (who will forever be known as The Fisherman amongst my friendship circle) inevitably left me – despite the fact I had overlooked his dating faux pas.

It got me thinking about my other dates and off came the rose-tinted glasses; there was the junior doctor who I came to like, but things fizzled out because, well, he wanted me to spank him. Then there was the time I almost relinquished my Hot Girl Summer for a former flame (note to self: never go back for sloppy seconds, or send voice notes while wine drunk).

Offloading to my therapist, I questioned: Shouldn’t I have found somebody, anybody, to love? Or was this a result of frantic swiping? Perhaps, if I had been more adventurous, things with the doctor would have worked out and I wouldn’t have ended up on the end of The Fisherman’s rod (no, that’s not a euphemism)?

Despite my doubts, I maintain that I am a phenomenal first date. I know this because I’ve never not been asked on a second. Could it be that, as The Fisherman had put it, I was too easy? But didn’t he also call me “a catch”?

At what point did the men in my story become the actionable characters, while I, “the easy one”, floated idly by until a man dangled any small number of offerings in front of me, as if my sole purpose of leaving my leftovers uneaten at home while I trudged into the winter night with lipstick on was to fulfill some expedition of theirs? At what point did I start to choose men who wanted to stuff and stick me to their trophy wall?

No, I needed to delete Hinge. In plunging myself into the dating scene, I realized that some hidden depths are better left untouched – just like the inside of my mouth, thank you very much. 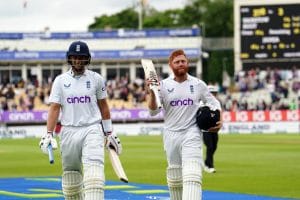 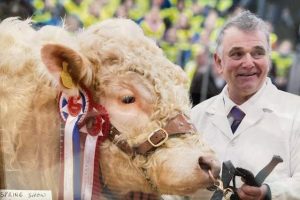 Ian’s funeral was well attended by the farming community from across Scotland. 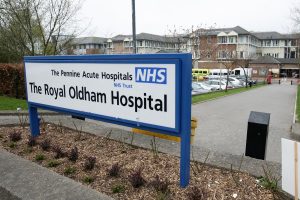