As a child growing up in Warrington, celebrity stylist Ryan Kay was into sports but his passion was for fashion.

And today he has his own image consultancy and fashion styling business, based in Ancoats, which he grew during lockdown.

He dressed Lucy and Katie, who played Bethany Platt and Sinead Osbourne in Corrie, for the Pride of Britain Awards in October and model Charlotte Dawson in a figure-hugging sequinned sheer gown with a thigh-high split for the ITV Palooza in November.

And he’s been asked to style former Emmerdale actor and I’m a Celebrity winner Danny Miller for his wedding this year.

“Most boys were playing tree houses but when I was growing up I was looking at Vogue and catalogs to see what clothes people were wearing,” said Ryan.

“That gave me such pleasure.

“My mum and dad knew I was particular about what I was wearing and I tried on mum’s shoes. I organized mum’s wardrobe and I had my hair spiked and tipped.

“I played rugby but I was always obsessed with style and fashion, and I would draw silhouettes of outfits.

“I was a typical lad but I wanted to be in the fashion realm.

“My passion was in fashion.”

He added: “When S Club Juniors came out I wanted to wear their stuff so I would dress my friends and sister.

“And I would re-enact Corrie.”

He describes himself as a ‘Fairy Godmother’ or ‘Mary Poppins’ figure while working backstage.

“I’m a very emotional person. It’s happened a few times when I’ve been at a show and you get a tear in your eye.”

Ryan was accepted into the London College of Fashion and worked for a fashion communications and PR firm at London Fashion Week.

It was at London Fashion Week that he met Fleur, who shot to fame on The X Factor in 2014, and she called on him to style her for the family entertainment show Saturday Night Takeaway.

Ryan, from Warrington, stood out at London Fashion Week because of his northern accent.

“I’m such a proud northerner,” he said.

“I’m not going to hide my accent. The north is so powerful.”

Ryan was brought on board to style Fleur at the end of January and he was initially asked to come up with seven looks for the star, who travels up and down the country presenting the Chase The Rainbow segment and is sometimes in the studio.

“I’ve always got to be on hand as something could change in the next minute.”

He said about his work: “People think it’s all glam and glitz and that I just have to out clothes on people.

“But it isn’t glam when I’m carrying all my bags.”

He continued: “I’m such a feminist.

“I want them to feel amazing, powerful and confident.

“And it’s hard work, reaching out to high street and couture brands and new and emerging brands and it’s creating a relationship with fashion PRs and brands.

“I’m a magpie and the shoes, the bags and the jewelery have got to be carefully placed.

“And I don’t shut off. I’m on my laptop researching brands.

“In my work there’s a trust element and the people you work with trust you to make them look good.

“And even if you’re stressing you can’t show it on your face.”

Ryan, Ryan who will be a familiar face to fans of the ITVBe reality show The Real Housewives of Cheshire while working for Dawn Ward’s PR agency Kandi Tree until February 2020, says his breakthrough as a stylist came when he dressed his friend Charlotte when she was pregnant with her son Noah, who recently turned one, and his business has gone from strength to strength.

“She gave me an opportunity and pushed me out there,” said Ryan. 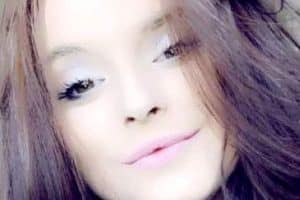 Sarcoma: Cancer-stricken girl who waited more than a year to see a GP died within weeks of diagnosis, her family claim

Covid-19 UK: Nine Omicron Covid symptoms affecting the fully vaccinated – and signs you may have it