Skip to content
Home News I don’t just want to be here, I want to make an impact – Saqib Mahmood 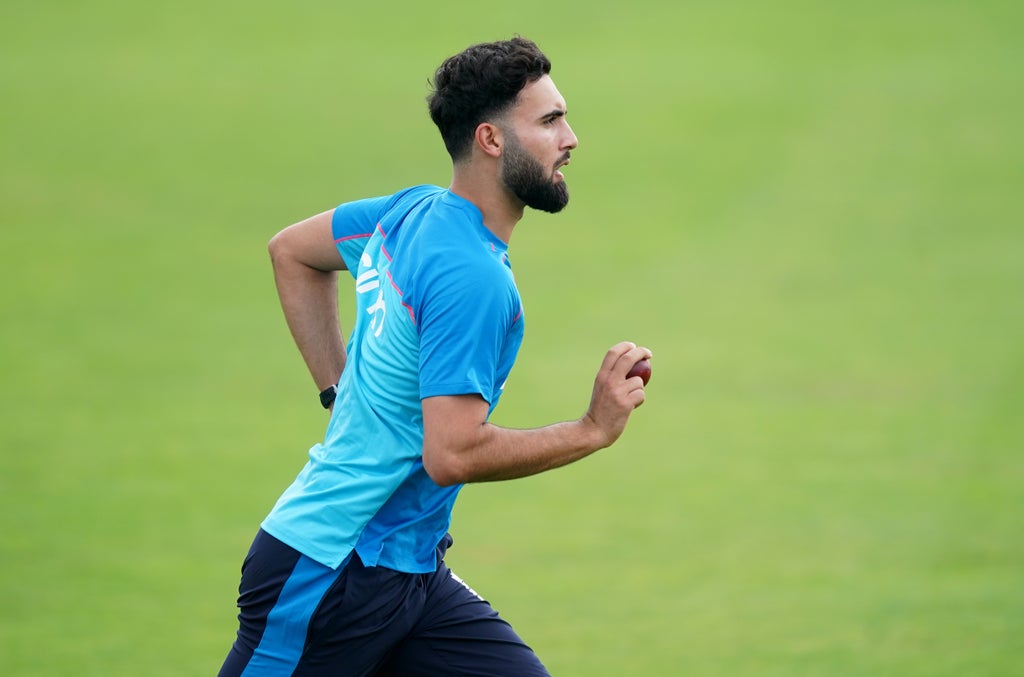 Saqib Mahmood wants to exert his influence in all three formats for England so admits being included in the Lions party rather than the main Ashes squad was “challenging” for him.

Mahmood is a regular in England’s limited-overs squads and, while he is yet to make his Test debut, he has been around the group on a number of occasions in the last two-and-a-half years.

A side injury he suffered towards the end of the county campaign last summer was a factor in being placed in the supplementary crew for the trip to Australia, which had little time to impress after unseasonable rain in Brisbane largely wiped out a couple of intra-squad games.

Mahmood reasoned being able to touch 90mph and his experience of bowling with the Kookaburra ball overseas would have meant he was an attractive option for an England side beaten 4-0, although he refused to dwell on the snub.

Asked to assess his winter, he said: “I found it very challenging being with the Lions, just because I’ve been around the England squad for the last two or three years.

“I had a side injury at the end of the season and was told my fitness – trying to potentially play five Tests – was one of the things which impacted my selection. I’ve obviously got my views on those, but that was one thing.

“I’ve toured a lot away from England with the red-ball stuff and experienced bowling with the Kookaburra and how to be effective. I think the Aussies showed they were just relentless and they made it challenging for our batters because of the pace they had.

“But it is what it is, that’s gone. There’s a lot of cricket to look forward to now.

“I think you go through phases in your career and you come into this environment and you’re happy to be here when you first get here. I feel like I’m at the stage now where I don’t just want to be here, I want to come in and I want to make an impact and perform.”

Mahmood got a taste of being at the forefront when he was leading wicket-taker and player of the series in three one-day internationals against Pakistan last summer, when a makeshift squad had to be assembled.

He added: “You really feel part of the team and you contribute all the time, that’s where I want to be in all three formats. You’ve got to earn that, it comes with time. Hopefully when I get my opportunities, I can take them.”

Mahmood drew a line under his Ashes disappointment at the Big Bash League where he made an instant impression for Sydney Thunder, taking four for 22 on debut and contributing 13 wickets across six matches.

He has discovered the harsher end of the spectrum during the ongoing Twenty20 series against West Indies where he conceded 28 in the final over of the second match which England won by one run, including three successive sixes by tail-ender Akeal Hosein from the last three deliveries.

Mahmood insisted he has not been scarred by the incident, reasonably pointing out England had won the game by that stage as long as he did not did not bowl a wide or no-ball, so he felt no need to take any risks.

He said: “It has obviously been blown out of all proportion in the end. Obviously the headlines will be by one run and 28 off the last over. That’s something I’ve got to accept because I made that decision in the last three balls.

“The last three balls didn’t upset me out in the middle. If you saw my reaction after the last ball I had a massive smile on my face because I knew what I needed to do whether we win by one run or 10 runs. It’s still a win and obviously I just took one for the team a little bit.”