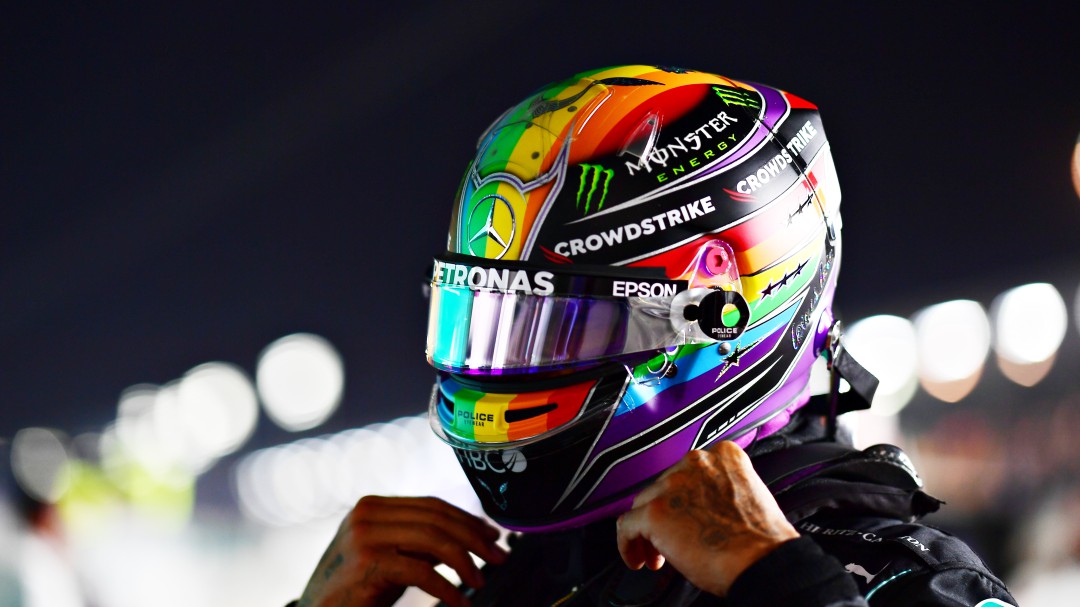 Just a few days after wearing a helmet with the rainbow flag in Losail to defend the rights of the LGTBI + collective in Qatar, Lewis Hamilton has confirmed that he will use it again in Saudi Arabia to remember that each and every one of the forms of love is valid. This was announced in a press conference collected by Sky Sports, in which he denounced that the law for the LGTBI + community drawn up by the local government is “quite terrifying”: “If someone wants to take the time to read what it is the law for the LGTBIQ + community is quite scary. “

Although the fact of having homosexual relations is not penalized in its legislation, something that does happen in Qatar, Islamic law provides that this type of relations is strictly prohibited. Also any publication of any content that approves the right of homosexuals in the media and in the world of culture, prohibiting its content for “anti-Islamism.” For the same reason, Hamilton condemns any type of punishment towards the group. From prison or the death penalty to restrictions for simply being themselves.

After being asked if he feels comfortable racing in these types of countries, the Mercedes driver acknowledged that he could not say yes. However, Hamilton reminds that being there is not his choice and that there is nothing he can do to prevent further racing in these types of scenarios: “The sport has chosen to be here. Whether it is good or bad, I think while we are here it is important that we try to raise awareness. making sure these countries are doing the right thing for the people who live in them. “

Therefore, the seven-time world champion considers that the fact of racing in these countries should be an opportunity to fight against all kinds of injustices: “As I said in the last race, I feel that sport and we have a duty to ensure that we try to help raise awareness about certain issues that we see, particularly human rights, in these countries that we go to. “

On the other hand, Hamilton remembers that, to this day, there are still women in jail for driving a car. And, as the F1 driver explained, women could not legally drive a car until 2018: “So there are many changes that must happen and I think our sport must do more. I think everyone should have it. human rights, freedom of expression and freedom of movement, but there are places where that is not allowed. “

In short, and despite the fact that Islamic law contemplates all these scenarios against human rights, the Formula 1 driver asks the rulers for a change: “Religions can change, the rules can change, the rulers can change those things, they have the power to do it. ” Meanwhile, the Saudi sports minister, Prince Abdulaziz, It has defended itself against Hamilton’s accusations by ensuring that Saudi Arabia fully recognizes the rights of all people to express their point of view.