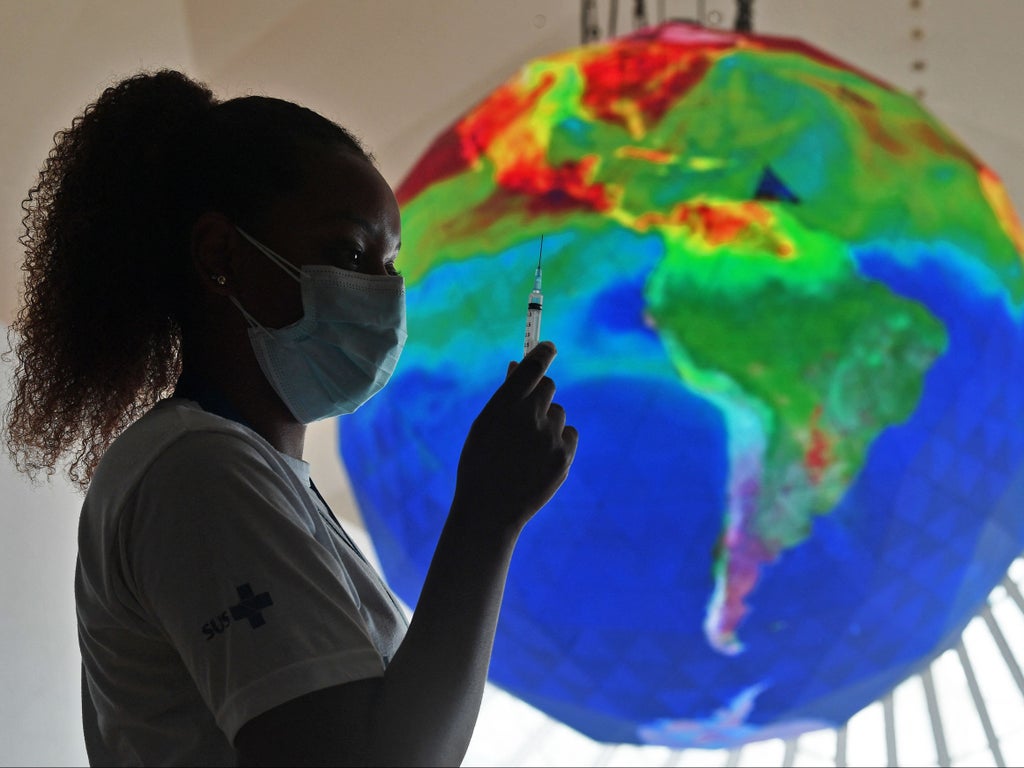 More than 300 scientists and public health experts have called on the government to better prioritize and support efforts to vaccinate the world’s population, warning that failure to do so risks the emergence of a new variant of the coronavirus that could prolong the pandemic.

In a letter to the prime minister, experts warned that allowing large numbers of people in low- and middle-income countries to go unvaccinated is “an unwise approach to public health.”

Vaccines will not be effective in preventing new variants of concern from emerging “unless we share this technology with the world and increase global vaccination coverage,” they say.

The letter has been signed by 13 members of the government’s Sage committee and subcommittees, a member of the UK Health Security Agency (UKHSA) and an advisor to the Joint Committee on Vaccination and Immunization (JCVI).

They join a former chief executive of the NHS, Lord Nigel Crisp; a Nobel Prize winner, Sir Richard Roberts; and various advisers to the World Health Organization (WHO).

The letter urges the prime minister to put public health before the commercial interests of the pharmaceutical industry and support international efforts to suspend intellectual property rules that prevent low-income nations from manufacturing vaccines, tests and treatments against covid-19. .

The UK, along with the EU and Switzerland, is blocking the move at the World Trade Organization (WTO), which was first proposed by India and South Africa in October 2020 and is supported by more than 130 countries.

The scientists also call on the government to “use all means at its disposal” to encourage pharmaceutical companies to share vaccine prescriptions.

They want companies like Pfizer, Moderna and AstraZeneca to work with the WHO to transfer the technology needed to make vaccines to companies in low- and middle-income countries.

Experts have identified 100 manufacturers in Africa, Asia and Latin America that are capable of making mRNA vaccines, if intellectual property rules are suspended and pharmaceutical companies share the necessary blueprints.

More than 3 billion people worldwide have yet to receive their first dose of the covid-19 vaccine, and more boosters have been given in rich countries than the total number of all doses given so far in the world. poorest.

Lord Nigel Crisp, former chief executive of NHS England, said: “Throughout this pandemic, the government has made a commitment to follow the science. The scientific evidence has been clear since the start of the pandemic that the best way to keep ourselves and our NHS safe from new variants is to vaccinate the world.

“As laudable as vaccine donations are, they will never be enough to end the pandemic. There is untapped manufacturing capacity in the very nations that most need vaccines and treatments. For the sake of the lives of the people in those countries and our own, we must use it.”

Laura Merson, associate director of the Oxford University Infectious Diseases Data Observatory, said: “The relaxation of plan B restrictions may give the impression that the pandemic is coming to an end. But this will not end until we address the risk of new variants at the root, in populations that have not had access to vaccines.”

See also  Yulia Alióshina, Russia's first trans politician: “I want to bring the LGTBI community out of the darkness” | International