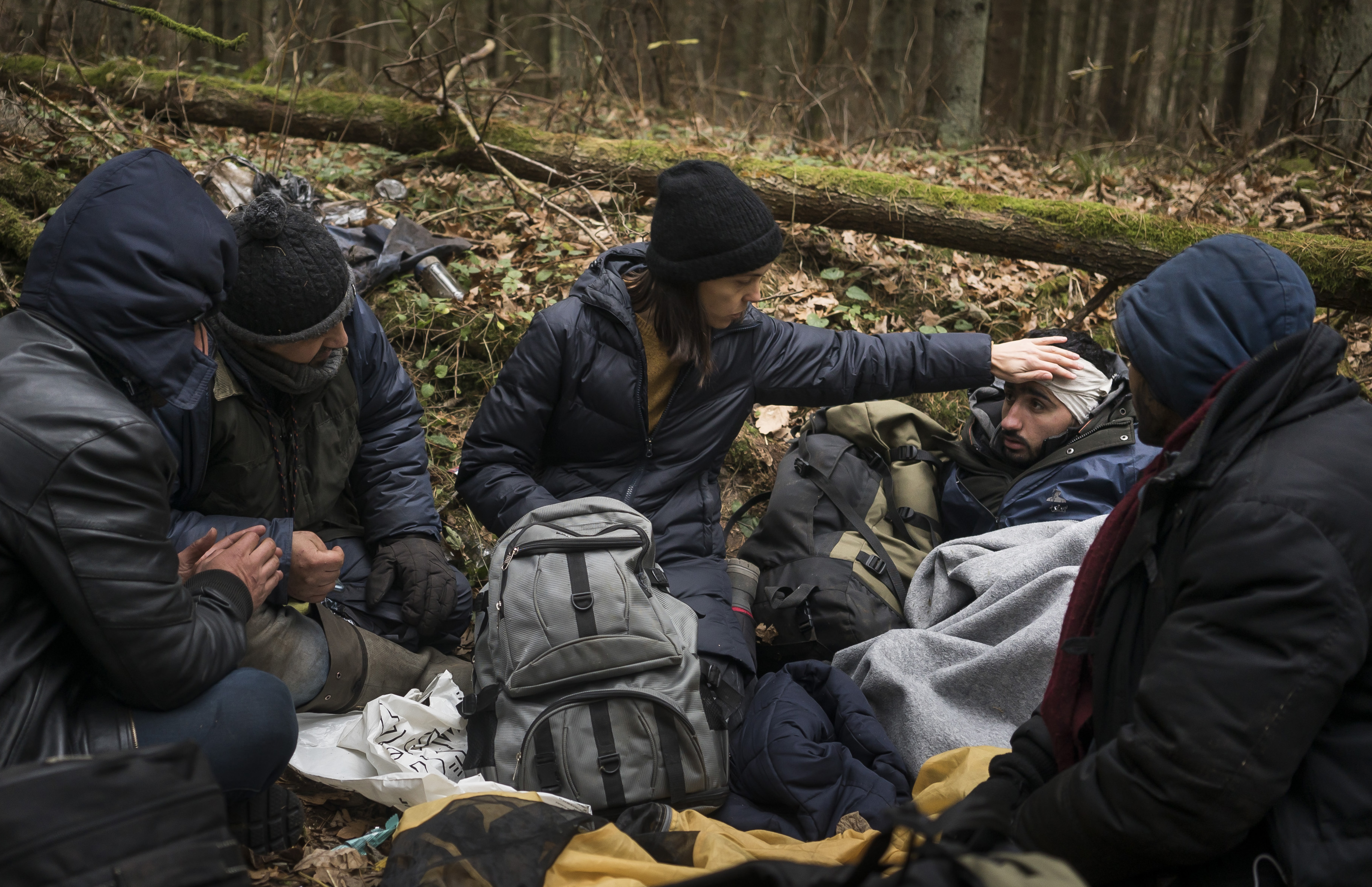 Afran, a Syrian of Kurdish origin, feels that Poland and Belarus have been playing with his life – and that of many like him – as if it were a ping pong ball. “The Belarusians send us to Polish soil, and the Poles send us back. This way over and over again ”, he assures. Abdul, also a Syrian, remembers the eight days he spent in no man’s land, in a border forest between the two countries. “I went four days without food or drink,” he remembers.

These are some of the dozens of testimonies collected by the Human Rights Watch (HRW) organization in the report Die here or go to Poland, published this Wednesday. The organization documents there the violation of rights that both countries have carried out against migrants in a crisis instigated by the Aleksandr Lukashenko regime in response to European sanctions and that serves as an example of the new conflicts of the 21st century – which move in a gray zone between peace and war – and against which Brussels is already taking punitive measures.

As leaders make political decisions, thousands of people have been trapped in what HRW calls “desperate limbo” on the border of the two countries, in a situation of flagrant violation of rights and that sometimes leaves them in danger of death. . After being encouraged to travel to Minsk, the Belarusian capital, from their countries of origin by local travel agencies in the hope of later crossing into the territory of the European Union, the Polish agents prevent their entry or return those who have managed to cross the border.

The Belarusian authorities, for their part, beat them and detain those who re-enter the country, forcing them to re-enter Poland. “Unable to move forward or backward, many spend several days without shelter or access to humanitarian services, resulting in deaths, hypothermia or other illnesses and injuries,” says the NGO report, which concludes that Belarus and Poland share responsibility. of this humanitarian crisis.

Lydia Gall, one of the HRW researchers who traveled to the border area in October to learn about the situation describes some migrants “extremely tired, hopeless and very afraid of both the Belarusian and Polish authorities.” In a telephone conversation from Budapest, Gall assures that the worst for these people were not the days of cold, hunger, thirst and uncertainty that passed until they managed to enter Poland, but that the real “hell” began from the moment in which that the local authorities intercepted them and sent them back to Belarus.

“We have been told of cases of beatings or of guards offering dirty water or laughing at exhausted people who had not eaten or drunk for a long time. And this treatment was dispensed to both men and women and children, ”says Gall, a senior researcher in HRW’s Europe and Central Asia division.

If the treatment in Belarus is very bad, things on the other side of the border are not going very well either. The researcher criticizes the Polish authorities above all for separating the families who arrive on her soil. The report explains that although injured or sick people are taken to a hospital, their healthy relatives are returned without any consideration, violating European and Polish regulations. These are hot returns in which no one asks about the circumstances of people crossing the eastern border of the European Union.

During the preparation of the report, 13 migrant deaths had been documented. Although the number of people who have crossed the border is unknown, the Polish media reported this November of more than 30,000 attempts to cross it since the beginning of the year. This does not mean that there are 30,000 migrants, since many of them try several times to enter European territory. A Belarusian government spokesman said that on November 18 there were 7,000 migrants in his country.

The HRW report insists on the responsibility shared by the two countries, and the entire European Union, in a crisis that has been generated by Belarus. The report makes a series of recommendations to all the authorities involved. The Lukashenko government demands that it end all abuses committed against migrants, such as robberies, violence and detentions in open spaces without shelter, food or water. He calls on the Polish authorities to end the collective expulsions and end the abuses. And the NGO demands that the European Union insist that all the actions of the member states must respect the rights of migrants, as well as pressure Poland to facilitate access to restricted border areas for humanitarian organizations, journalists and other health personnel. or to work for human rights.

Gall does not equal the responsibility of each of the parties, but he does insist on the complicity that the two countries are exhibiting in this situation. “Collective expulsions have no place in international norms. And Lukashenko has a horrible cynicism in treating people. It is not a question of who is more responsible, but rather that each party assumes that they cannot continue with these behaviors ”, concludes the co-author of the report.