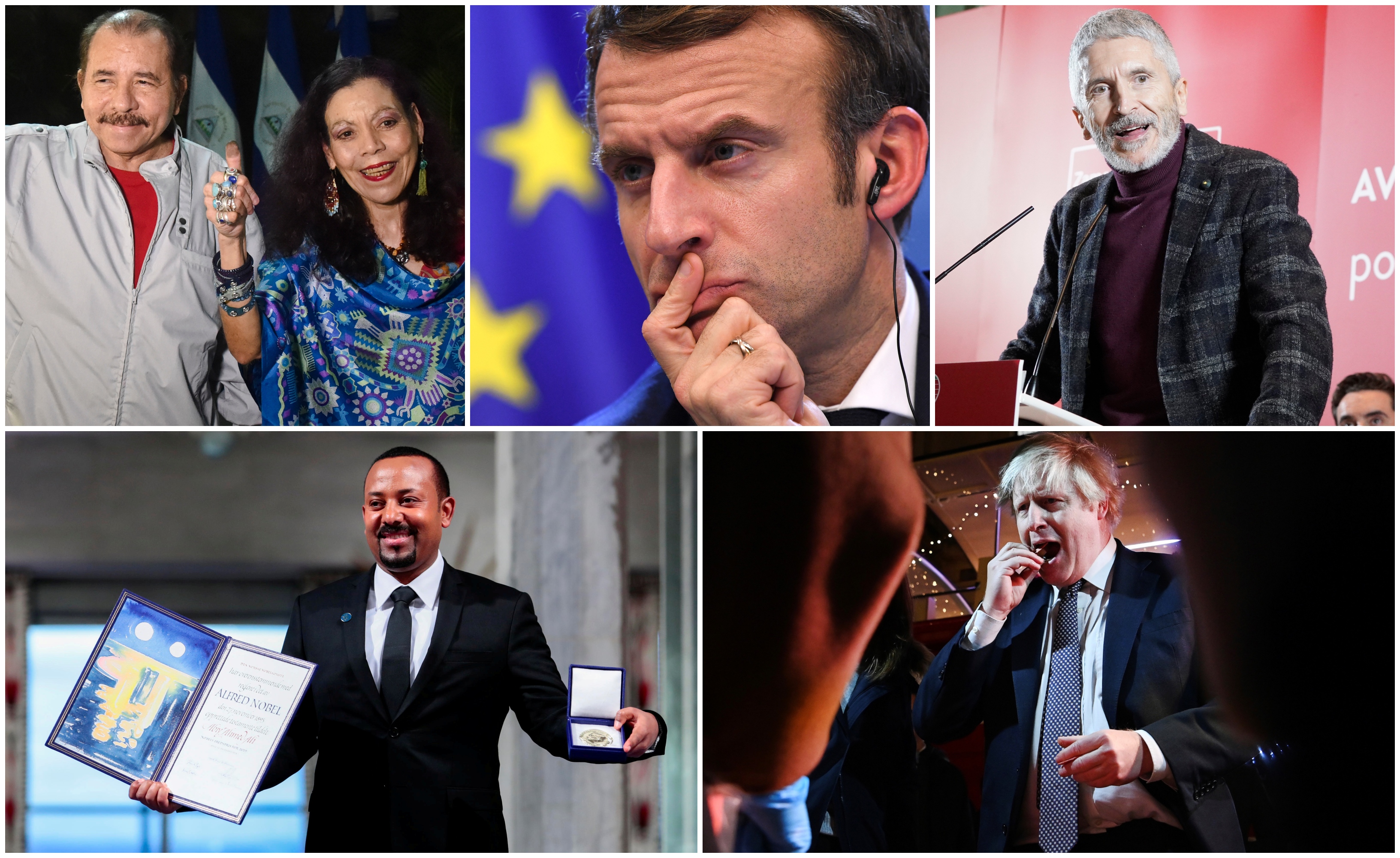 Meeting at the Royal Post Office of the city of Madrid, the jury of the awards Infamous of the Year has deliberated and decided on the awards corresponding to its 2021 edition. The members of the jury want to convey to the public the increasing difficulty of their task, given the worldwide proliferation of scoundrels and the multiplication of excesses and nonsense against human rights, the equality and development. If they are going to continue giving these awards in the midst of the counter-reform, they request at least one snack.

This is the final list of winners and winners, according to the six categories of the awards:

Prize Donald Rumsfeld to the most bellicose leader: Awarded to Abiy Ahmed Ali, President of Ethiopia. The jury recognizes in Mr. Ali the virtues of a well-armed thug, the unrepentant use of identity arguments and the ability to cut off humanitarian agencies and the independent media. It has been especially appreciated that the candidate has pulverized in a few months the prestige granted by the Nobel Peace Prize, a record that was until now in the hands of the former Prime Minister of Myanmar, Aung San Suu Kyi.

Prize Ebenezer Scrooge to the elusive donor: awarded to Boris Johnson, Prime Minister of the United Kingdom. The jury has been impressed by the efficiency and speed with which Mr. Johnson has cut the resources of official development aid by 30% and has subjected his aid agencies to the obligations of the national populist monstrosity. The prime minister’s sharp and decisive action has the merit of breaking with a multi-party tradition that had strengthened the UK’s global position for decades.

Prize Duke of Ahumada to the gendarme of the year: awarded equally Fernando Grande-Marlaska, Priti Patel and Mette Frederiksen. The Interior Ministers of Spain and the United Kingdom, as well as the Prime Minister of Denmark, have shown exceptional levels of determination, cruelty and creativity in waterproofing the borders of their countries. None of the winners have shown any qualms when it comes to smoking international protection standards, reaching police agreements with criminal regimes, or generously funding the European Migration Control Industry. The jury welcomed the contribution of the Social Democrats Grande-Marlaska and Frederiksen to the red-brown imaginary.

Prize Rafael Leonidas Trujillo to the most conscientious despot: awarded to Daniel Ortega and Rosario Murillo. The concession has highlighted the perseverance and anger of the marriage that has controlled Nicaragua for a decade and a half, as well as the ability to add twists and turns to its repression. The awardees have shown a particular ability to enrage and exile old friends, journalists and NGOs. The jury appreciates the important support given to this candidacy by the Jurassic Museum of the Ibero-American Left.

Prize Miguel Bosé to the perpetuation of the pandemic: awarded to the International Coalition for the Defense of Pharmaceutical Intellectual Property. The jury recognizes the EU institutions, a large part of its Member States, the lobbies of the industry and to the crowd of well-smeared media and opinion-makers, for their firm and effective defense of the current pharmaceutical patent model. The efforts of this informal coalition have so far managed to avoid the transfer of knowledge and technology that would allow multiplying, in the medium term, the production of vaccines against covid-19. This ensures the proliferation of variants and threatens the global strategy against the pandemic.

Prize Henry Kissinger to a lifetime promoting dictatorships: awarded to Emmanuel Macron. This award recognizes the trajectory of people and institutions in their defense of democratic dunghills and criminal autocracies. This year’s award goes to the French Republic and, on its behalf, to President Macron. France has a meritorious track record in protecting, financing and arming some of the worst political regimes in the developing world. In April this year, its president renewed this commitment by attending the funeral of Chadian dictator Idriss Déby and blessing the continuity of three decades of dictatorship in the person of his son, Mahamat Idriss Déby. The whole continent got the message.