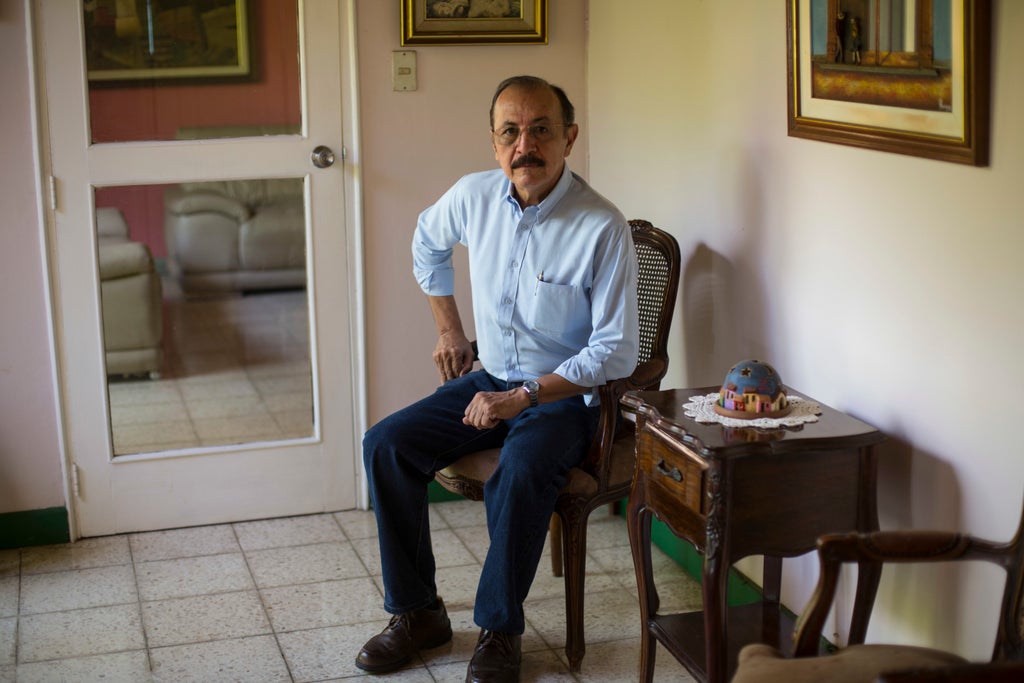 Former Sandinista guerrilla leader and opposition politician Hugo Torres has died in prison at the age of 73, relatives said Saturday.

Torres was the first of a large group of opposition leaders rounded up in a 2021 crackdown to die; it was unclear if his death was hastened by conditions in prison.

Torres was a leading commander of the 1970s Sandinista revolution who broke with President Daniel Ortega more than 20 years ago to found the Sandinista Renovation Movement.

Torres was one of 46 opposition figures and presidential hopefuls jailed by Ortega in May and June, to clear the way for his almost unapposed re-election on Nov. 7.

Three of Torres’ children issued a statement announcing their father’s death. They did not give a cause, and said that, in accordance with their father’s wishes there would be no public funeral or ceremony.

On June 13 last year, Torres predicted his own arrest in an interview with The Associated Press after seeing drones flying around his home. “This interview may be the last one I give,” Torres said. “I am here, waiting for them to come for me.”

“It’s not just potential candidates any more, it’s political leaders,” Torres said of those being arrested. “This is not a transition to dictatorship; it is a dictatorship in every way.”

Torres was a guerrilla commander who fought alongside Ortega during Nicaragua’s civil war and later a general with the Nicaraguan army. He was part of the effort to transform the Sandinista Popular Army created after the rebels’ 1979 victory into a professional Nicaraguan Army in the 1990s.

His death may prove to be a major embarrassment to Ortega; Torres got Ortega sprung from jail in 1974 by raiding the home of a close ally of then-dictator Anastasio Somoza. Ortega had been jailed for a botched bank robbery in Managua, the capital, years before.

In a video he posted hours before his arrest in June, Torres said “46 years ago I risked my life to get Daniel Ortega and other political-prisoner colleagues out of prison.”

“I am 73, and I never thought that at this stage of my life I was going to be fighting against another dictatorship, now more brutal, more unscrupulous, more irrational and more autocratic than the Somoza dictatorship,” Torres said.

After leading a revolutionary government following the guerrilla’s victory, Ortega served as president from 1985 to 1990 and was reelected to power in 2007.

He has not relinquished power since then, and his rule has become increasingly harsh, crushing any demonstration or opposition with police and soldiers. International organizations have called the November 2021 elections a farce.

The ruling Sandinista Front and its allies control Nicaragua’s congress and all government institutions, and have charged the imprisoned opposition leaders with “conspiracy to undermine national integrity.”

A string of recent trials of opposition figures has been carried out in the infamous Chipote prison. The defendants have only been permitted to have their lawyers present. All the trials so far — some lasting only a few hours — have resulted in convictions and sentences of 13 to 15 years.

Relatives of jailed opposition activists have said prisoners have been subjected to isolation, constant interrogations and insufficient food, affecting their health.

The complained families they were not allowed to bring the prisoners blankets and said some were kept in cells with lights on 24 hours a day, while others were kept in darkness. They said most of the cells were small, with concrete bed slabs covered by worn-out mattresses.

Thousands have fled into exile since Nicaraguan security forces violently put down antigovernment protests in 2018. Ortega says the protests were actually an attempted coup with foreign backing, and many of those on trial have been accused of working with foreign powers for his overthrow or encouraging foreign nations to apply sanctions on members of his family and government.