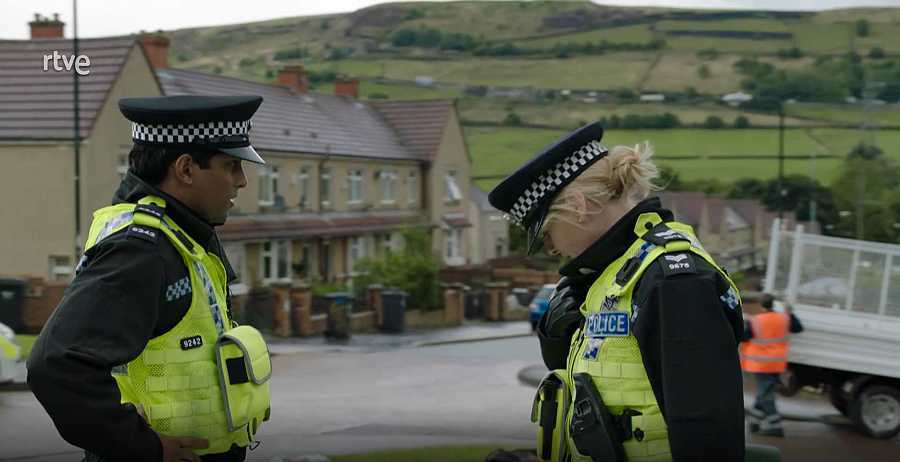 Happy Valley tells the story of Catherine Caawood, an experienced and hard-working police sergeant, who leads a team of officers in a rural valley in Yorkshire, in the United Kingdom. Catherine struggles to overcome her daughter’s suicide and take care of her orphan grandson.

When the novel The Handmaid’s Tale became a absolute bombshell And swept readers away, a journalist asked Margaret Atwood, the author, if her novel was feminist. “If it means that it is an ideological novel where all women are angels or are victims incapable of moral choice, no, it is not. But it does mean that it is a story where women are human beings -with varied and unique behaviors and personalities- and they are also important and interesting and what happens to them is the key to the structure and plot of the book … Yes. It is a feminist novel, “Atwood said.

Happy Valley is a series written with a gender perspective for the same reasons that The Handmaid’s Tale is a feminist novel. Female characters are complex, different, and what happens to them is crucial to the series’ theme and main plots: the rape of Catherine Cawood’s daughter, the protagonist police, and his subsequent suicide, Anne’s kidnapping, Claire’s problems, etc.

However, the context regarding equality in fiction on British television was not conducive to Sally Wainwright when she created Happy Valley. In 2018, a report from Writer’s Guild of Great Britain concluded that only 14% of the contents of primetime on British television, excluding soap operas, had been writings by women. The programs led by women had dropped from 27% to 24%. “Sometimes I worry that they don’t pay me like men who occupy a position similar to mine. The other day I said to my agent: Are they paying me the same as the men the Baftas have earned for writing? kind of cheating, because I think I’m the only person who has won three Baftas as a screenwriter, “says Wainwright.

“Am I paid the same as other male screenwriters who have won Bafta awards? “

Women support each other

On Happy Valley, Sally Wainwright he breaks an important stereotype when writing about the relationships that the leading women establish and when telling a fact that makes a difference: women help each other, collaborate, support each other; I dont know face ni boycott each other as in so many other series. Claire supports her sister Catherine in raising her grandson Ryan, son of the psychopath Tommy Lee. Catherine saves Anne kidnapped by Royce. Anne helps Catherine out of the hellish basement where her abductor is holding her.

This question is crucial for what Happy Valley be a feminist series because we are used to women fighting in fiction and we are surprised when they ally with each other.

Other revolutionary element what introduces Sally Wainwright When creating Happy Valley, it is the emotional portrait she makes in the series scripts of how women react to violence and loss. When Catherine Cawood suffers a loss of someone close to her, Wainwright dedicates four sequences to tell us how it affects her. And not only that, but also her post-traumatic stress disorder from her teenage daughter’s suicide after rape and her subsequent pregnancy.

But maybe the key to the script Is that in Happy Valley, the violence against human beings has serious consequences mental, physical and emotional. Violence causes such high psychological damage that, when Tomy Lee Royce he beats up Catherine Cawood In the basement where he has Anne kidnapped, Cawood becomes depressed and depression destroys her, no matter how strong a policeman and woman she is.

Difficult beginnings as a screenwriter

Sally Wainwright had a few difficult beginnings in the television industry at the beginning. Since he couldn’t find a job as a screenwriter, he had to work as a Bus driver. Finally. a script coordinator of the long-lived and mythical series Coronation Street he signed her to work on the writing team. Wainwright confesses that for three years he hardly spoke in the script room.

“I have always felt safe writing. It is in other areas of my life where I do not have confidence in myself. “

But after creating Happy Valley, Last Tango in Halifax y Gentleman Jack, reality has changed for the British showrunner: “I have always felt confident writing. In other areas of my life I have no confidence in myself. Although I never get arrogant because of how well I write.”

You can see Happy Valley on RTVE Play.