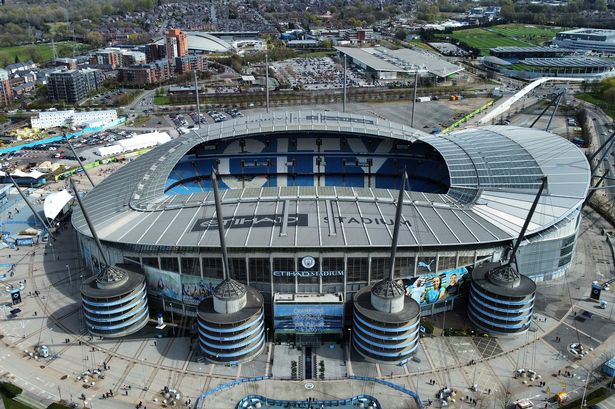 Liverpool have put the onus back on Manchester City following their 4-0 win over rivals Manchester United on Tuesday.

Pep Guardiola knows anything but three points will hand the title advantage to the Reds with just six games remaining after full-time whistle against Brighton. The Seagulls have hit good form of late, downing Tottenham and Arsenal in their last few fixtures.

This will encourage Brighton but with the club effectively playing for nothing in mid-table with relegation staved off and a European place out of reach, City may have the most fire in the belly. The Premier League champions have never lost tonight’s opponents on home soil and have won nine of the last 10 meetings with them.

READMORE:How Man City should line up vs Brighton in Premier League

However, City will be guarded against complacency with what is at stake. A win will take them back to the top of the table and another step closer to their fourth title in five years.

What channel is Manchester City vs Brighton on?

The match is not being broadcast on live TV in the UK but talkSPORT has radio commentary. Build-up starts from 7pm ahead of an 8pm kick-off.

Highlights of the game are due to be shown on BBC One during Match of the Day from 10.40pm with the best bits of the clash also uploaded to YouTube and social media platforms by the Premier League and Sky Sports shortly after the final whistle.

As always, the Manchester Evening News will keep you across the action before, during and after the game with insight analysis and bits you may have missed.

What is the early Manchester City vs Brighton team news?

Kyle Walker has been ruled out of a second consecutive game after picking up an ankle problem in last week’s Champions League tie away at Atletico Madrid. Meanwhile, Kevin De Bruyne, Ilkay Gundogan and Ruben Dias are all due to be assessed ahead of kick-off.

The former two also suffered setbacks during the Atletico clash while Dias has been making a steady return from a long-term hamstring injury.

Brighton are largely unscathed with midfielder Steven Alzate back in training following illness. Yves Bissouma is suspended for the game but otherwise, Graham Potter has a fully available squad to pick from.

Sky Sports retain the rights to the bulk of those fixtures with 128 live matches. They also own rights to the Carabao Cup and several international matches. Check out the latest Sky deals here.

BT Sport hold the rights to 52 live Premier League games. They also have exclusivity of all UEFA competitions including the Champions League, Europa League, and Europa Conference League. Check out their latest packages here, or get a £25 Monthly Pass.

Amazon’s 20 live Premier League games will return in the 2022/23 season. A handful of 21/22 season games due to take place before New Year are also still to be broadcast. Click here to start your Amazon Prime Video subscription today.

This article contains affiliate links, we may receive a commission on any sales we generate from it. Learn more