Millions across the country are affected by sensitive stomachs. The coronavirus pandemic, and the increase in stress it has brought, has worsened many health issues, including stomach and bowel concerns.

Every body, gut and bowel is different, says the doctor. You shouldn’t panic if you’re not uncomfortable, and find out what feels normal for you. But there are some common signs to watch out for, and plenty of ideas to suggest for people who want to stay well, according to the consultant.

“People can think it’s all in your head and that it’s a consequence of anxiety, but often it can be the other way around and be a cause of anxiety for patients. But it’s so common, new estimates say 10 per cent of our entire population has IBS.

“The majority of patients who will have it don’t even see a doctor, they just deal with flare ups themselves now and again and don’t realize it’s IBS.

“Doctors in the past patients told it was psychological, and that there’s nothing you can do to stop it. Nothing could be further from the truth.”

What are the symptoms?

The main symptoms of IBS, listed by the NHS, are:

In times of stress, or after consuming certain trigger foods, IBS can also cause:

These are the most gut-wrenching food types, adds the NHS:

High fat content food, from takeaways to gourmet burgers, can contribute to excessive gas and can worsen intestinal contractions that come with IBS.

Much like IBS, many people who suffer from gluten allergies or sensitivities are often unaware of their intolerance, but it can cause a serious immune reaction for people with IBS and coeliac disease.

Gluten is in so much of our favorite foods, as a protein in grains like rye, wheat, and barley, can trigger IBS symptoms such as bloating, diarrhoea and cramps.

It features in bread, cereal, pastries, pasta, cake. Alternatives can be found in most supermarkets.

Those suffering from IBS might also be lactose intolerant or intolerant to milk protein, but patients can go to their doctors to get tests that can distinguish between the problems, as they are not mutually exclusive.

Those with lactose intolerance will find trouble with milk, cheese, yogurt and cream, among other dairy products.

The body digests lactose using a substance called lactase, says the NHS. This breaks down lactose into 2 sugars called glucose and galactose, which can be easily absorbed into the bloodstream.

People with lactose intolerance do not produce enough lactase, so lactose stays in the digestive system, where it’s fermented by bacteria.

This leads to the production of various gases, which cause the symptoms associated with lactose intolerance.

Depending on the underlying reason why the body’s not producing enough lactase, lactose intolerance may be temporary or permanent.

Most cases that develop in adults are inherited and tend to be lifelong, but cases in young children are often caused by an infection in the digestive system and may only last for a few weeks.

The abdominal cramps that follow after eating spicy foods can cause many to avoid them completely. Consumption of spicy food can activate indigestion and other gastrointestinal symptoms including diarrhea and vomiting.

Although common advice for those with stomach concerns is for them to ‘eat more fibre’, found in fruit and vegetables, Professor Whorwell says this can actually work against you. “The five-a-day plan is fine for people who haven’t got anything wrong with them, but if you’ve got IBS, five-a-day can be really troublesome,” he told the Manchester Evening News.

“People can feel really uncomfortable if I tell them to cut out fruit and vegetables. It may be healthier for the average patient but not for you. Fiber can make IBS worse, broccoli and lettuce can be the worst thing you can do.”

Find high-fiber foods that work for you, he advises. Some people can’t eat broccoli, but spinach works just fine for them, for example.

Caffeine and alcohol can spell problems for people with IBS.

Things that can help – probiotics

“Probiotics are a really good idea,” says Professor Whorwell, on ways to improve your overall gut health, which can have an impact on any suspected IBS or stomach and bowel sensitivities.

“We live such clean lives so the bacteria isn’t always as strong in our gut as it once might have been.

“If you’ve been taking antibiotics, which wipe out all the bacteria in your body, it can be particularly good to have a probiotic to rebalance your system.”

Often, probiotics come in yoghurts, but those with sensitivities to dairy can find probiotics in tablet form at health food shops, he adds.

If you’re struggling with bowel movements, a laxative from a pharmacy – taken in the appropriate dose – can be a useful solution, says the gastro expert.

He wants to reassure people who may be reluctant to take laxatives to make use of the medication, adding that ‘they will not make your bowel more lazy’, debunking a common myth.

“You’re not going to be feeling great if you’re backed up. Unblock that drain,” says Professor Whorwell. 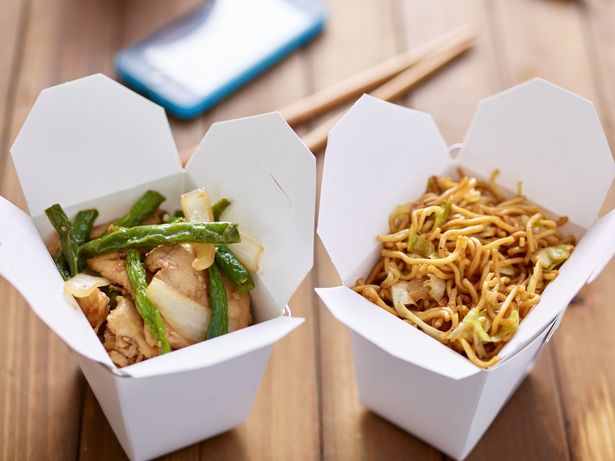 Equally, if you’ve been suffering from an acute vomiting or diarrhoea bug, rehydration sachets like Dioralyte are a good option, according to Professor Whorwell.

If you’re concerned that you may have sensitivities to a certain ingredient such as gluten or lactose, it’s always worth trying to take that out of your diet for a couple of months, says Professor Whorwell.

“It’s not going to do you any harm,” he told the Manchester Evening News.

“Just don’t take out more than one thing at once, otherwise you won’t know what’s worked and what hasn’t.”

When to see a doctor

If your problems are persisting over time – for example, if you have acute vomiting or diarrhoea for more than a few weeks – you should seek professional help, says Professor Whorwell.

But if you have been suffering with chronic tummy trouble, there are plenty of benefits to seeking help from a doctor, including getting a tailored diet plan or medication to suit your specific needs.

Do not ignore any bleeding, get checked out by your GP, he adds. The NHS asks people to see a doctor if they have the following issues:

These could be signs of something more serious.

Know what’s natural for you

“As a general rule of thumb, it’s acceptable to open your bowels three times a day before it’s diarrhoea, and three times a week before its constipation. That’s the by-the-book definition,” says the Professor.

“But if someone who was opening their bowels twice a week and wasn’t uncomfortable, I wouldn’t do anything about it. If someone goes once a day but can’t get to the toilet fast enough, and it comes out in a torrent, that looks like trouble.

“If your bowel function is causing you problems, you should think about doing something about it. If not, leave it be. Everybody is different.”