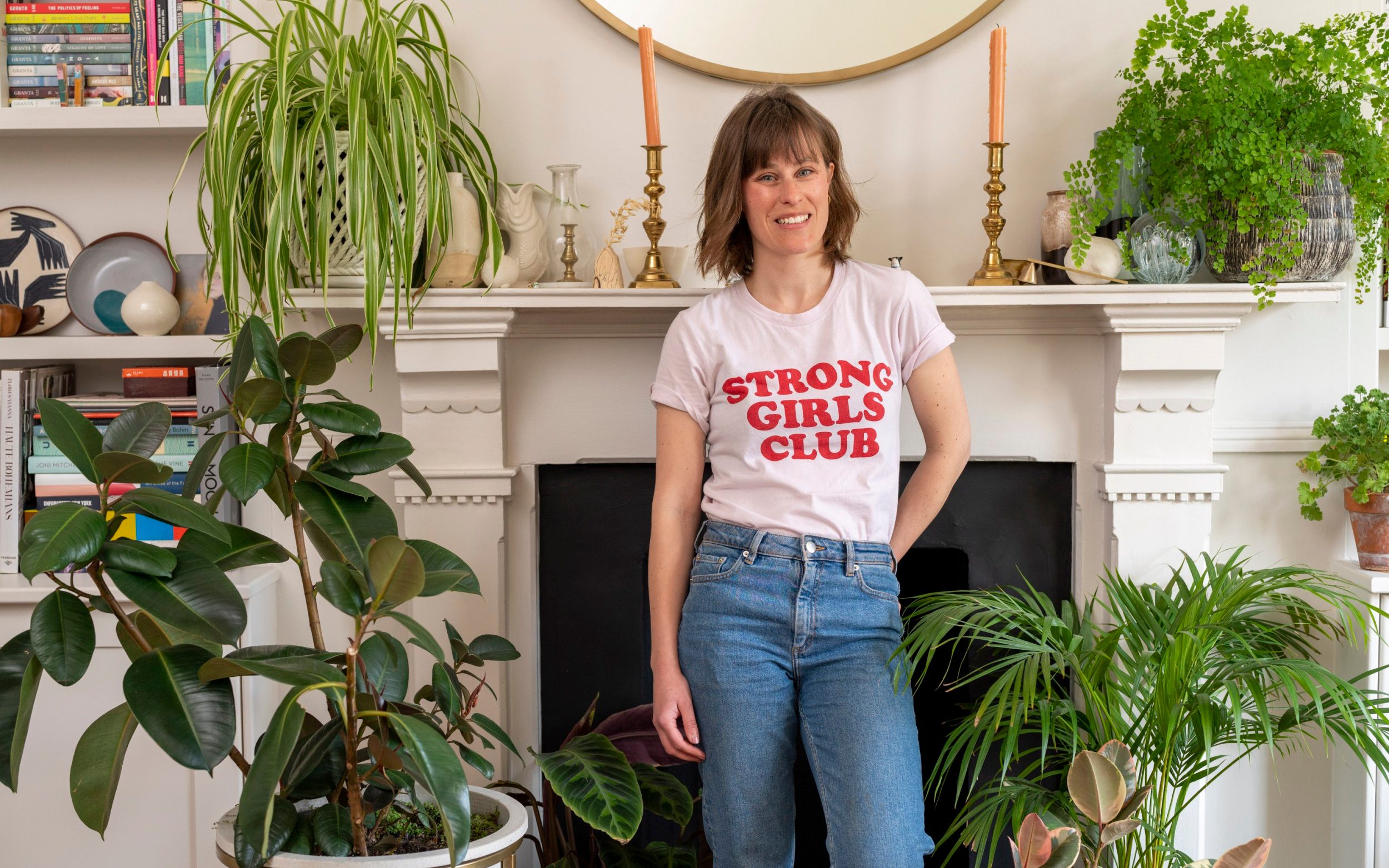 Aside from a lone hellebore I cut for our minimalist table-for-two for Christmas, the first flush of flowers to arrive in the garden were tulips, in April. I still consider them one of the year’s highlights: a gorgeous schmozzle of deep purple and burnt orange. I also found it impossible to cut them, preferring to admire the view from my desk. As the year wore on, I got less precious about cutting flowers, but still mostly made bunches to give to other people rather than have lots indoors.

By the autumn I cracked, hacking back at fennel, mallow, ferns and verbascum, relishing what the garden was offering. The mysterious hours I spent outside were presented to my partner on the kitchen table in a milk bottle: an immaculate, otherworldly dark red cactus dahlia (‘Black Jack’). But I did it more for me. In bringing the outdoors in, I could appreciate the garden, and what I’d done with it, in almost microscopic form.

During the balcony years my garden was almost entirely green, being too shady and small to muster grand, colorful displays. Once I’d overcome this disappointment I realized what a gorgeous green place is: lush and textured and oh, such low maintenance. Upon getting a garden I finally had space and sunlight, and embarked upon a kaleidoscope of color and experiment, from which I have learned useful things (yellow isn’t a bad thing). But it took me until September to understand what made me happiest: beautiful, tumbling, effortless greenery.

After wrangling with the contents of prized Victorian dolly tubs for months (sweet peas still didn’t thrive; nor did sanguisorba) I shoved a fern (Dryopteris filix-mas) in each and pushed some daff bulbs around the edges. They will take time to grow, but they will be worth it. The rest of the patio will follow suit: ferns all year round, with sedum and pelargoniums when it’s warmer. I can feel my shoulders unclench just thinking about it.

Acknowledge that you can’t have what other people have

Instagram, gardening mags, pages like these: all very useful in showing us new things. Less useful in making us relish what we have. I’m fascinated by how certain plants have enjoyed a resurgence almost entirely due to social media (‘Cafe au Lait’ dahlias, ‘Belle Epoque’ tulips, I’m looking at you) but this speaks to a wider point that I’m making more for myself. It is physically impossible to emulate a square on Instagram in your own garden, especially if that square is the product of more time, space and good loamy soil than you have. Admire, borrow from, but try not to covet, other people’s gardens. Instead, I’m going to try to appreciate what’s good about my own.

Sow only what you can accommodate

I sowed three hardy annuals in 2021: sweet peas, cornflowers, and poppies ‘Wind Song’ and ‘Coral Reef’. In September I sorted out my seeds and created the equivalent of a capsule collection. It’s those that will guide me through 2022, mostly born direct in spring, some of which have been saved from what worked well last summer.

It’s not that I only have room for certain annuals but that I never quite get around to the maniacal care that seedlings require. For me, they have to survive on near-neglect in a south-facing cold frame. These do, so they have been owned and are growing well. I won’t be joining the mad rush to sow more in April, I have tulips to cut and coo over.

Get over the gappy bed fear

My least successful plant purchasing happened last June, which was freezing. The garden looked miserable. Nothing was growing, the beds were in that awful post-spring hinterland. I went wild on annual plugs. Very few of them flourished – by the time they’d settled in, existing plants and hardy annual seedlings caught up and bullied them out. I didn’t need plants, I needed patience. As we were let out of our houses I took comfort from seeing other gardens that had allowed beds to be. Space isn’t the enemy, it’s essential. It’s time I embraced it.

I love nasturtiums, I really, truly, do. You can eat the whole plant, they germinate effortlessly, their flowers are beautiful and there are some fantastic varieties out there (I like ‘Ladybird Rose’ and ‘Tip-top Apricot’) but they can be thugs. They transformed what my partner dubbed “the dirt run”, and in those misty, dewy mornings of October they looked gorgeous covered in water droplets. But, unless your soil is mostly dust, they will do more leafing than flowering, with tendrils snapping around the garden. They’re shorter-lived in pots but infinitely more gorgeous, so I’ll be saving my panic-sowing for those only – not least because there will be volunteers from this year’s deluge. God knows I’ve saved enough seed.

Deal with the clematis in May

This time last year I trussed up an unruly Clematis montana, which was throwing side-eye at me because I hadn’t been in the garden in May to cut it back then. Did I cut it back four months later? No, no I didn’t. I knew this was foolish but nevertheless did nothing. So this is my accountability: cut and tie it back in May! Doing it after flowering will leave it a bit bald after the delights of a Kardashian-worthy flower wall but you’ll reap the reward of more flowers where you can actually see them (rather than over the neighbour’s wall) the next year.