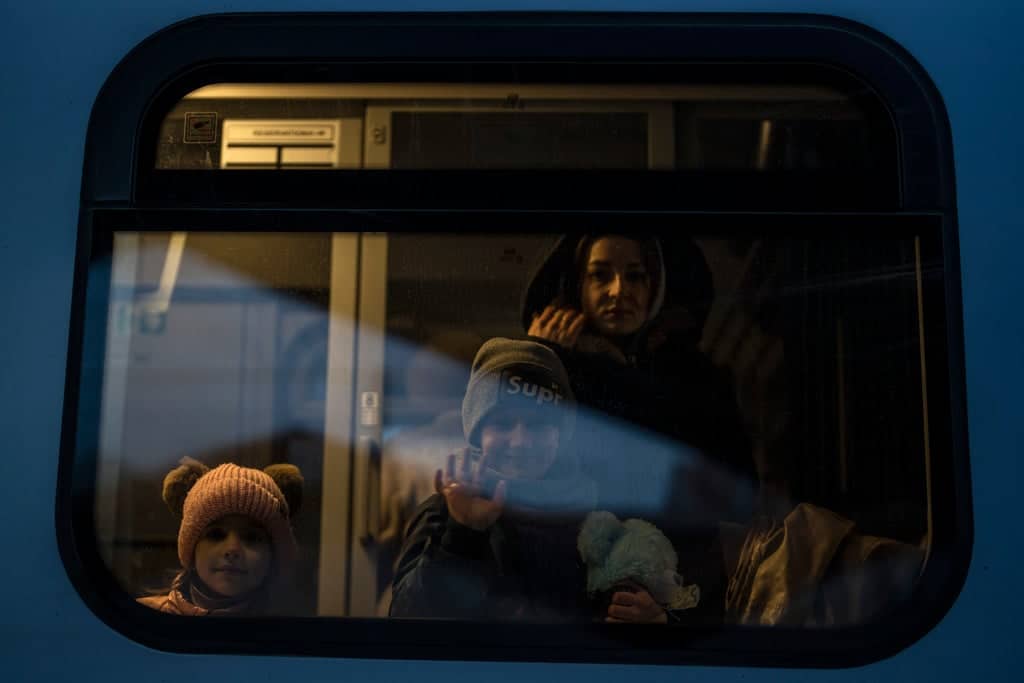 Britons have been asked to open their homes to Ukrainians fleeing their country, as part of a new “sponsored” humanitarian route to allow more refugees to travel to the UK.

The route will give Ukrainians without family links to the UK the opportunity to come to the country in order to escape the war against Russia.

It comes after the government faced criticism for its response to the refugee crisis. Michael Gove, the Leveling Up, Housing and Communities Secretary, has said that anyone keen to offer refugees shelter in the UK can register their interest through the new scheme from Monday 14 March.

Prime Minister Boris Johnson told MPs that the route will allow “everybody in this country [to] offer a home to people fleeing Ukraine”.

Russia’s full-scale invasion of Ukraine is in its third week and more than two million people have fled the country since it began.

On the morning of Tuesday 15 March, the Department for Leveling Up, Housing and Communities said almost 89,000 people have registered an interest in opening up their homes to a Ukrainian refugee.

Here is everything we know about how the scheme will work and how you can get involved:

The new sponsorship scheme, called the Homes for Ukraine programme, will give British individuals, charities, businesses and community groups the opportunity to offer rooms to those escaping the conflict.

Those who enter the UK through this new route will be allowed to stay with members of the public for at least six months. Sponsored Ukrainians will be granted three years’ leave to remain in the UK, with entitlement to work and access to public services.

How can I help?

The government is expected to launch its webpage and hotline later on Monday. Once it is available, you can register to offer accommodation and employment to Ukrainian refugees.

Anyone with a room or home available can offer it to a Ukrainian individual or a family. However, you will have to undergo a vetting process and Ukrainian applicants will undergo security checks.

If you do host a refugee, you will receive a “thank you” payment of £350 per month, with additional payments available to support school-age children who will need to be accommodated within the education system.

Gove added that local authority areas will be entitled to more than £10,000 per Ukrainian refugee using the new route to the UK.

A similar sponsorship program was launched in 2016 on a community level that allowed community groups including charities, faith groups, churches and businesses to help refugees resettle in the UK.

It was launched in response to the global refugee crisis – largely due to the Syrian Civil War – which saw 10.3 million people become newly displaced within the year. The UNHCR estimated that by the end of 2016, the global population of forcibly displaced people grew from 33.9 million in 1997 to a record high of 65.6 million in 2016.

Any member of the public could register through an online service to offer housing, work or support for resettling. These include helping people access public services, arranging transport and running errands, and welcoming people into the local area.

What security checks will be carried out?

The exact details of the security checks have not been set out, but Gove said steps will be taken to ensure people who might be “intent on exploitation” are prevented from “abusing” the new scheme.

I have told SkyNews: “We absolutely do need to make sure, first of all, that the people in Ukraine are who they say they are, so there need to be some security checks there.

“There’s been understandable concern about the scheme being exploited possibly by criminal elements. So, that’s the first thing.

“Then the second thing is we do need to make sure that people here are in a position to provide that support, which is why there will need to be security checks as well to make sure that those – and I think it would only ever be a tiny minority, but still – those who might be intent on exploitation can be prevented from abusing the system.”

What is the current route for Ukrainian refugees?

As of Friday 11 March, Ukrainian refugees need to have families in the UK in order to apply for a visa to travel here.

From Tuesday 15 March, they will be able to apply for the visas online. Until then, those with family links are still having to travel to visa application centers in Ukraine to give biometric information, such as fingerprints.

You can also help by donating to the people of Ukraine. Funds will go towards humanitarian aid, psychological support, and medical supplies for paramedics and doctors on the frontlines.