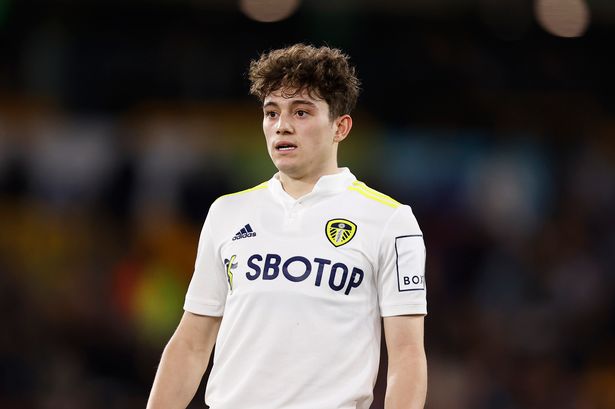 Manchester United are set for one of their busiest summers for quite some time at the end of the season.

Big-name players including Paul Pogba, Jesse Lingard and Edinson Cavani all see their contracts expire ahead of the next campaign and it is believed that United will be attempting a rebuild spearheaded by their new manager. But, before we look ahead we must look back so, it is time to assess those who left Old Trafford permanently this season have fared away from the club.

Take a look below at some of the players who are now plying their trade elsewhere.

The most notable departure from Old Trafford this season was Daniel James. The 24-year-old was snapped up by fierce rivals Leeds United for £26million.

It has not been plain sailing for James at Elland Road though. Poor form has left the Yorkshire club in a relegation battle. James has scored four goals in 31 appearances for the struggling side as they bid to avoid the drop.

After numerous loan spells away from Old Trafford, Pereira eventually left the club for good on a free transfer in July. The goalkeeper now finds himself at RKC Waalwijk.

Waalwijk sit five points above the relegation play off zone in the Eredivisie but Pereira’s season has been blighted by injury. Having started against AZ Alkmaar and Heerenveen, the 25-year-old suffered an inguinal hernia and only just returned to the bench at the beginning of this month.

Romero was United’s number two for six years, putting in fine performances in cup competitions and other rare occasions when David de Gea was otherwise unavailable. His release from him paved the way for Dean Henderson to take up the role.

Having spent a few months out of the game, the Argentine returned to Serie A with Venezia. When available, the 35-year-old has been a regular starter but a knee injury has now put him on the sidelines.

Having featured heavily in the United U18s and U23s, 19-year-old defensive midfielder McCann was snapped up by Rangers at the end of July. Following his move to Scotland, McCann has made four appearances for the club’s reserves.

The youngster has also gained senior experience for the Rangers full team. McCann made cameo appearances against Annan Athletic and Dundee.

Another player who failed to break into the United first team is Puigmal who joined back in 2017 from Espanyol. The 21-year-old left the club in July and is now back in his home country Spain.

At Almeria, Puigmal has become a regular starter in La Liga 2. With three goals and four assists to his name, Puigmal has impressed back home and will be thankful for more opportunities.

Having spent time on loan in non-league with Stalybridge and Kidderminster Harriers, Taylor was snapped up on a free by League Two Rochdale in August. Despite failing to gain opportunities at Old Trafford, the 22-year-old was in and around the first team when he arrived at Spotland.

The center back has had to adjust to spells both on the pitch and on the bench. However, since the beginning of March, Taylor has not been in the matchday squad at all, the first time this has happened since he arrived at the Greater Manchester club.

Carney spent a couple of spells at Brighouse Town and Stocksbridge Park Steels to gain experience in men’s football. In July, the young goalkeeper made a move to League One Sunderland.

The 20-year-old has made just the one appearance for the senior team since arriving at the Stadium of Light. Ironically, this came against Manchester United U23s in the EFL Trophy, a game the Black Cats won.

Helm joined United’s youth setup in 2018 but failed to break into the senior squad. However, with plenty of games under his belt at academy level, fellow Premier League side Burnley saw enough to snap him up.

Chances for the 20-year-old have been cut to a minimum at Turf Moor so far. Helm did make Sean Dyche’s bench for the FA Cup Third Round defeat to Huddersfield Town.