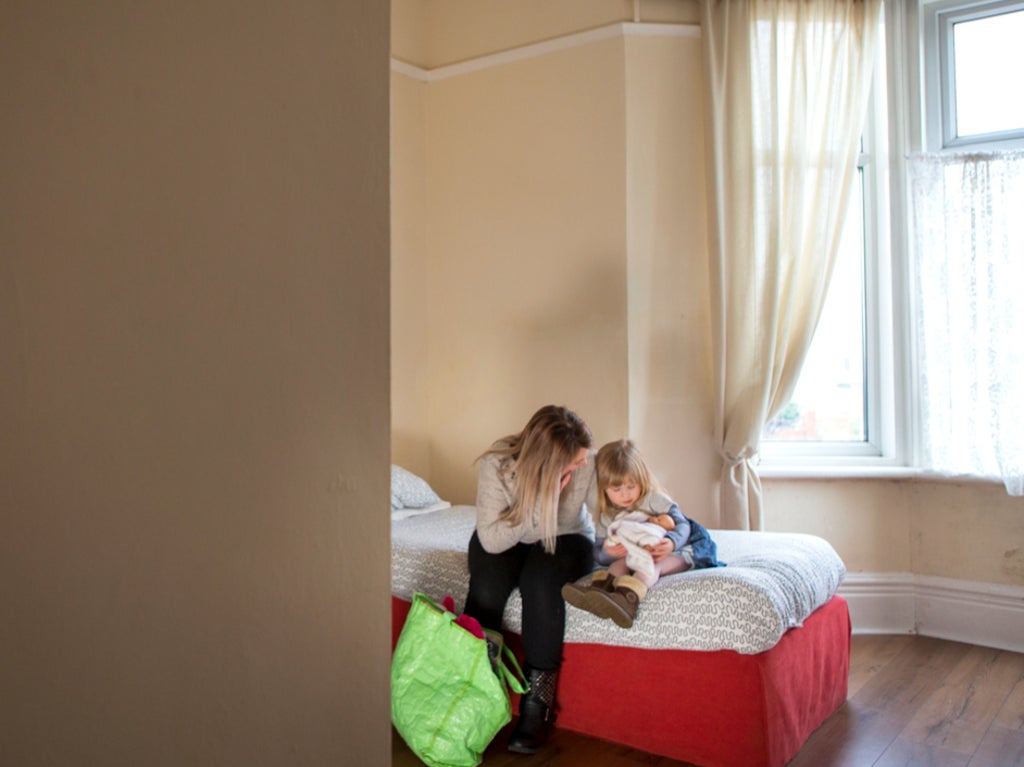 The NHS is inadvertently allowing domestic abusers to track down their victims by informing them of the times and locations of children’s health appointments.

Domestic abusers are in some cases receiving texts, emails and letters about children’s appointment times – despite victims telling health professionals they escaped an abusive partner and asking for records to be changed.

In one case, a violent ex-partner was told about a hospital appointment, which almost led to the victim and her two children being abducted.

A former NHS worker who specialized in domestic abuse told The Independent she witnessed domestic abusers being informed of children’s appointments many times and blamed it on a “lack of understanding, knowledge, and training” in the health service.

The “archaic” system of storing patient’s records, leading to information not being shared between healthcare services, has also been blamed. There are 32,000 different computer systems used within the NHS and it is hard to remove old records, the head of a refugee service said.

Charlotte Kneer, chief executive of Reigate and Banstead Women’s Aid refuges in Surrey, told The Independent the domestic abuse victim whose ex-partner turned up to her child’s hospital appointment has been left “very traumatized” by the incident.

“One of her children had a medical appointment at a hospital and when she came out of the appointment the perpetrator of the abuse was waiting outside,” said Ms Kneer, whose refuges help women at risk of being murdered by their partner if they stay in their home.

“This is despite the fact she thought he was removed from the children’s records after she told her GP about the domestic abuse she experienced and that she was in a refuge – with us at the refuge also telling them.

“Her ex took her and the children in his car because she was too afraid to say she didn’t want to go with him. She experienced severe abuse from him – physical violence and emotional and psychological abuse.”

Ms Kneer explained the victim eventually managed to trick her ex-partner into stopping the car – at which point she managed to escape by making a run for it with her two young children in tow.

“She got him to stop to get lunch,” Ms Kneer explained. “She said she would meet him in the restaurant. She told him to go park the car and then she ran back to the refuge. Unfortunately, he spotted her running away from her and followed her. She got into the refuge safely luckily but later she saw him waiting outside the refuge.”

Staff at the refuge called the police immediately and the man was swiftly removed from the area. He was told the victim was going to be moved from that location and he must not try to track her down again.

“We had to move the woman and her children to a different location,” Ms Kneer explained. “After the police had spoken to him, they told the refuge staff how he had managed to locate her-he had received notification from the hospital that the child was attending the appointment which detailed the time and date of her.”

Ms Kneer explained the victim and her children had been left very traumatized by the incident – adding that the survivor had escaped her ex because she was “terrified” as he is a “very dangerous” individual.

“This is not the first time this has happened,” Ms Kneer noted. “We have had this happen on several occasions when we have tried via GPs to clear records. This keeps happening. It appears that the NHS computer set-up is very complex, archaic and not fit for purpose and it is very difficult to remove all old records despite GPs trying to do this on the family’s behalf.”

Often it is when a referral is made to a different department of the NHS that the problem arises, she added.

The location of domestic abuse refuges, which house many women at risk of murder if they remain at home with their abuser, are kept secret and they have strict security measures to ensure their residents remain safe.

Ms Kneer, a domestic abuse survivor whose violent partner was jailed for seven years in 2011, said the problem is putting victims’ lives at risk.

She said: “This is a systemic nationwide issue. My other worry is that we as a specialist organization are trying to solve this problem and are still having issues. Let alone imagining what it would be like for a woman who has no support trying to flee a perpetrator.

“It is horrendous to think how many times this could be happening and what the outcome could be. It could have been death with the woman I have mentioned. She is so lucky she managed to escape. The victim is now settled safe away from the ex-partner.”

Ms Kneer argued the problem could be solved if domestic abuse survivors are given new NHS numbers – adding children in care are currently able to get new NHS numbers.

She noted survivors of domestic abuse and their children are more likely to need referrals to specialist departments of the NHS, which in turn increases the likelihood of the problem with NHS records arising. Previous research found women who have been subjected to domestic abuse are 44 per cent more likely to die from any cause than the wider population.

Ruth Davison, chief executive of Refuge – the UK’s largest provider of shelters for domestic abuse victims, said they are aware of women who have fled abuse who have had “their safety and location compromised due to perpetrators receiving notification about children’s appointments via NHS alerts” .

She noted this is a “hugely concerning” problem as she called for fast action on the issue to make sure patient information is “kept up to date across all NHS departments and that staff are equipped with training” on the nature of domestic abuse.

“Survivors that disclose abuse should not have to notify numerous departments separately or repeatedly which can be extremely traumatizing, or worry that they may be tracked down by perpetrators at appointments when they have requested abusive ex-partners contact details are removed from children’s files,” Ms Davison said.

Between two and three women are murdered each week by their partners or ex-partners in England and Wales. One in four women will suffer domestic abuse at some point during their lives – with domestic abuse having a higher rate of repeat victimization than any other crime.

One former NHS employee, who specialized in domestic abuse while working for the health service for a decade, told The Independent she witnessed domestic abusers be informed of children’s appointments many times.

The woman, who did not want to be named, attributed the problem to the large number of computer systems in the health sector and the lack of understanding some health professionals have about domestic abuse.

She added: “They don’t realize the impact such a small mistake can have. It is ignorance. A lack of understanding, a lack of knowledge and training.

She noted when you tell the NHS you have changed your phone number or address, a great deal of old irrelevant history stays in the national spine of the NHS system. The only way to get that changed is by sending a form via a GP to Public Health England – adding this is a “long, complex process”.

An NHS spokesperson said: “The NHS takes its responsibilities to protect victims of domestic abuse seriously and all local NHS organizations have rigorous safeguarding policies in place to prevent the information being shared in this way.

“While these incidents are thankfully rare, we would encourage anyone who is experiencing domestic abuse to let their local GP practice know so that patients can be protected – there are measures in place so that this can be done confidentially.”