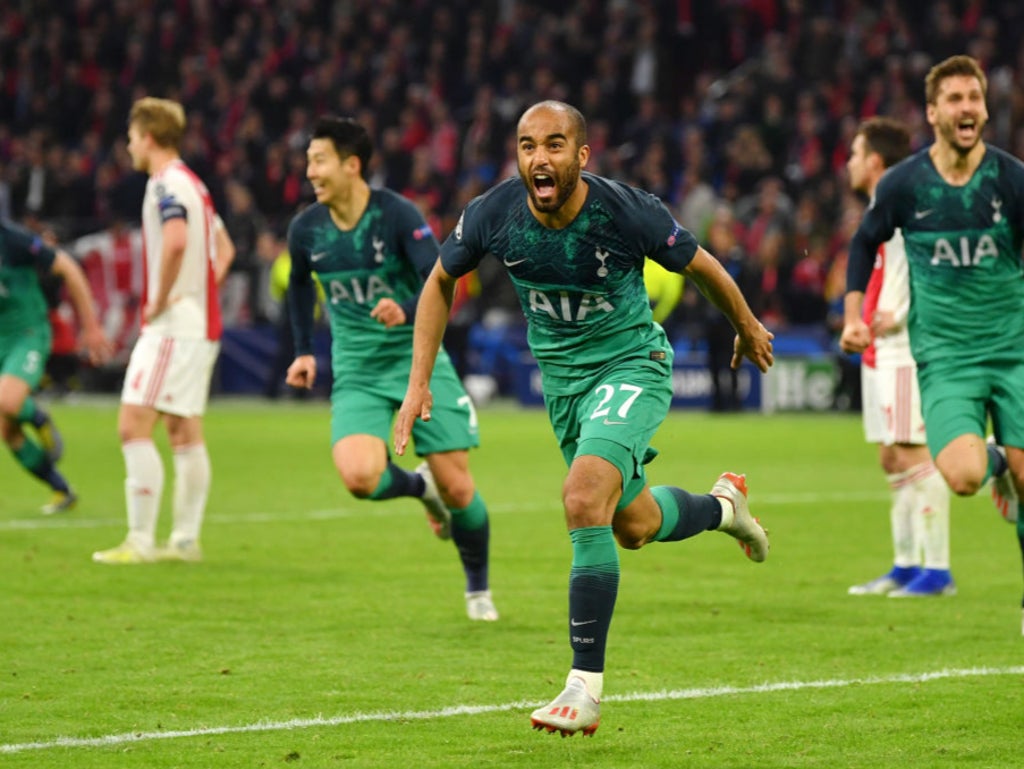 There is an aspect of football with which everyone in football is acutely familiar but nobody will ever experience again. It’s the silence from the home crowd that engulfs a stadium when an away goal is scored and with it, the sudden realization that a tie has profoundly changed. Paul Parker remembers it when Manchester United conceded three goals against Galatasaray in the Champions League in 1993.

“It was the worst feeling in football,” the former right-back says. “It had an effect on the game like nothing else, just changing the atmosphere in the stadium.”

Liam Brady remembers it from the other side, and the satisfaction of Arsenal scoring a late goal in Turin after Juventus had spent 90 minutes defending their 1-1 from Highbury in the 1979-80 Cup Winners Cup semi-final. “You could hear a pin drop,” Brady chuckles now.

All of that made the rule virtually unique in football. It’s even arguable that the away goal singularly defined European football, making it different and more sophisticated than every other part of the game. The wonder now is how the level is going to be changed after Uefa abolished the rule from all competitions last summer.

It certainly makes this Champions League knockout stage different, and may well divert a few games down unexpected directions.

For over five decades, since its 1965 introduction, the rule offered an incentive that deepened the intensity of continental ties. There was always that extra fear, as well as that extra reward, that made European matches more tactically complex.

Added to the meetings of different football cultures, Parker believes, “it gave European games an edge”. It was what most made the level “cat and mouse”.

Managers didn’t just have to prepare for the opposition, after all. They had to prepare for circumstances where the spirit of a home leg, and the crowd encouraging a team to attack, went against the cold rationale that conceding could be so costly.

There were more layers to it, more problems to solve. Ferguson often struggled to sleep trying to figure it out in those early years of the Champions League.

“For the manager, it was just about not giving up space,” Parker says of the former United manager. “He didn’t really need to say it to us before the games. Everyone knew it anyway, the implications were so great.”

The implication of this rule change is that this “edge” has now been instantly smoothed. Managers no longer have to consider it and can just concentrate on playing as they do.

It’s possible that it was already starting to happen, though, which is one of many reasons Uefa decided to abolish the rule.

The evolution of the game’s tactics speaks to the evolution of the away goal’s effects. The rule was initially introduced at a time when teams had to go to much greater lengths to scout European opponents. That created a natural inclination to just sit deep and protect themselves in unfamiliar surroundings. With away teams refusing to give anything away, the away goal was brought in to bring them out. You could see why it was needed. One 1979-80 European Cup tie between Ajax and Cypriot club Omonia brought 14 goals, but all of them scored by the home team as the Dutch champions won 10-4 on aggregate.

By the 1980s, this developed into home sides becoming too defensive, due to the cost of conceding. “Teams would never come over the halfway line,” Brady explains. Guus Hiddink’s PSV Eindhoven infamously won the 1988 European Cup “on away goals”, as they reached the final through 0-0 draws at home in both the quarter-finals and semi-finals.

that is almost unthinkable now, as the globalization of both the game and pressing football has led to many stadiums feeling as familiar to players as their own ground. Uefa’s own research cited a “continuous reduction in the gap between the number of home/away wins (from 61 per cent /19 per cent to 47 per cent /30 per cent) and the average number of goals per match scored at home/away (from 2.02/0.95 to 1.58/1.15) in men’s competitions”.

A huge difference can even be seen in recent years.

Taking four-year blocks from the introduction of the Champions League last-16 in 2003-04 to the last season before the pandemic in 2018-19, the average number of away goals in knockouts have gone up from 25.3 to 35.3.

This doesn’t just mirror how football has become more attacking, further reducing the premium on away goals. It makes outcomes that bit more random.

If a tie sees goals raining in across two high-scoring legs, it no longer seems fair that one team goes through just because they scored more of their goals in one stadium, even though they were overall as porous. It makes it a shootout, rather than any kind of tactical calculation.

A classic recent example was Pep Guardiola’s first season with Manchester City, where they went out after a 6-6 aggregate against Monaco, or even Tottenham Hotspur’s astounding 3-3 away-goal comeback against Ajax in 2018-19.

In the latter, it could even be argued it was unfair on the Dutch side that they happened to be at home at a point when a high-intensity tie was veering towards a period of high chaos, and more chances. There was certainly no tactical calculation on the away goal there. It was just a free-for-all.

That touches on two other potential consequences of the rule change. The first is that there will now inevitably be more penalty shootouts, since the away goals rule so often prevented them. It might also, however, result in fewer epic comebacks.

The latter was one of the counterintuitive consequences of the rule, fostered by modern circumstances. It has almost been as if the very size of some leads have been so monumental – like Ajax’s over Spurs in 2018-19 or Real Madrid’s over Juventus the season before – that the trailing side had nothing to lose, so just went for it.

There’s at least an argument that the different psychological feel of just being two or three goals down – rather than three goals with one an away goal – doesn’t inspire the same intensity. The scale of the effort was directly connected to the scale of the task and the manner in which those leads were cut with every goal added to growing senses of momentum and fear.

The rule wasn’t quite Europe’s great leveller, but the continent’s great disruptor. It skewed the field.

The abolition of the rule may now suit Guardiola’s City. It just brings a bit more normality, and the English champions have probably been the best team on the continent when things go as normal. Guardiola, at least, has one less complicating factor to think about when preparing for these games. Liverpool can meanwhile thunder forward with even less risk.

It might work against the great disruptors in Atletico Madrid, though, since one of their signature tactics was an away goal complementing a dogged home display. They were among the last sides to attempt that PSV 1988 tactic. Atletico have kept 11 clean sheets in 13 Champions League knockout home legs since Diego Simeone took over. They were the masters of it. That approach just won’t be as effective anymore, since it is likelier to lead to extra-time, and more exhausted displays.

It may play into Manchester United’s hands in this season’s last 16. It is certainly going to condition all of these ties, perhaps much more than is immediately obvious.