Skip to content
Home News How much money will descaling your kettle REALLY save on energy?


Since we switched to a Breville HotCup, we’ve really rather neglected our kettle as it’s been shoved in the back of the cupboard for a few weeks. But I recently shared a money saving tip and was keen to give it a go for myself.

Cleaning brand Oust suggested that descaling your kettle could save you money in the long run, as a result of your kettle running more efficiently. A box of descaling sachets costs £1.65 on average, but would it really save me money on my daily cuppas?

After an unsuccessful trip to pick some descaler up from Sainsbury’s, I ordered the Ecozone Kettle and Iron descaler sachets on Amazon for £1.62, and they arrived the next day.

READMORE: I tried USB heated gloves as rated by Martin Lewis to ‘heat the human not the home’

To work out just how much money I would save a year, I timed how long the kettle took to boil one jug of water before and after descaling – and I was pretty surprised at the results.

Our kettle had built up a layer of limescale on the base, so it felt like a pretty fair experiment. After filling and boiling the kettle, I noted that it took two minutes and six seconds to boil.

I added two sachets of the descaling solution to the boiling water and left it to sit for half an hour, though you can use up to three sachets if your kettle is quite heavily scaled.

Thirty minutes later I returned to rinse out the kettle and gave it a wipe. The solution had worked pretty well, though if I was being super picky, I’d have done the extra sachet.

I then added the same volume of water to the kettle as I had previously, flicking the switch and setting my timer – and here’s what I found: The first boil before descaling took two minutes and six seconds to boil a third-full kettle, but the second time around, just over half an hour later and after descaling, took two minutes and one second – just five seconds less.

I had expected there to be a bigger time difference, but was still pretty impressed the figure had changed at all.

Now, when it comes to working out savings, it can be pretty tricky as so many sources claim the cost of boiling a kettle to be different. Some suggest it’s less than a penny, while others claim it’s up to 21p. We’re getting a smart meter this weekend, though, so it will be interesting to see my household energy usage more accurately.

For argument’s sake, I used the Sust It kettle calculator, which you can use to work out how much energy your kettle is using in real time. I found that my first boil cost approximately 2.94p, which Sust It said could cost me 15p a day based on having five cuppas. This works out at £1.03 a week, or £53.65 per year.

I still swear by making two cups of tea at a time to save on cash, or investing in a HotCup, because unfortunately, while it’s nice to have a sparkling clean kettle, it doesn’t look as though it will save much money over 12 months. 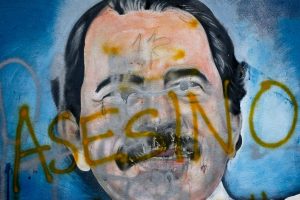