Back then the Brackley team was still largely a midfield runner. While Nico Rosberg had won the Chinese GP early in the year, he and team-mate Michael Schumacher scored only two podiums over the rest of the season as the team slumped from fourth to fifth in the constructors’ championship.

It had previously failed to make Q3 with either car at Spa and only just scraped into the top 10 shootout in the previous round at Singapore, so missing the cut at Suzuka with Schumacher 13th and Rosberg 15th was not a total surprise.

However, in the hybrid it was such a result was unprecedented. Therefore, 11th place for George Russell and 13th for Lewis Hamilton came as a shock to everyone in the team.

As Hamilton’s radio messages made clear, it was simply a case of the team struggling to get temperature into its tires on a cold and damp afternoon that was constantly interrupted by red flags.

While everyone faced the same challenge, Mercedes could not get on top of an issue that appears to have been built into the W13.

“We’ve struggled with warm up with this car to be honest,” head of trackside engineering Andrew Shovlin said after the session.

“And we’ve not got to the bottom of it. Today was a fairly painful example of that, where we couldn’t get the runs in that were long enough to build the temperature to get the tires in the right window.

“We’ve seen it at all the races. In Bahrain it doesn’t really cost you, and all the other tracks, it’s actually been a bit of a difficulty in qualifying. Race pace has normally been good, I think we’ve demonstrated that we’re third quickest on race pace.

“The problem is on the single lap we seem to be very much in the midfield. And it’s an area that we are working on, but we don’t yet fully understand.”

Is it largely an aerodynamic or mechanical issue? Shovlin suggested that the answer is not so straightforward.

“I don’t think it’s aerodynamic in a very simple sense, because we race quite well, we race clear at the midfield,” he noted.

“On a single lap, a lot of the midfield teams are better than us. And we wouldn’t say that’s because they’ve got more downforce than us on a single lap. And likewise, I don’t think it’ll be a kinematics thing.

“There’s things you can do with the spec of the car to try and have a bit more heating from the brakes. But that’s a relatively subtle effect. As I said, we don’t know whether there’s something else in terms of how we’re setting the car up, or how we’re approaching the way that we’re generating heat in the tires.

“But it is an area we’ve got to get to grips with, because it keeps holding us back on Saturday.”

Using brakes for managing tire temperatures has become more difficult with the 18-inch rims and the different “cake tin” and duct arrangements that they contain. That in turn has made it harder for Mercedes to address the issue, as traditional methods don’t work.

PLUS: How external factors have disguised the true scale of Mercedes’ turnaround task

“Before you could get the hot air from the brakes straight onto the rim,” Shovlin explained. “And you get a very rapid transition there of the heat through into the bulk of the rubber. The regulations have been designed to make that difficult, and they’ve succeeded.

“As I said, we still need to understand why we can’t match some of the mid-grid teams, even. We know Red Bull and Ferrari have got more downforce right now. But we should be able to perform in the same position that we’re racing, which is realistically the third-quickest team.” 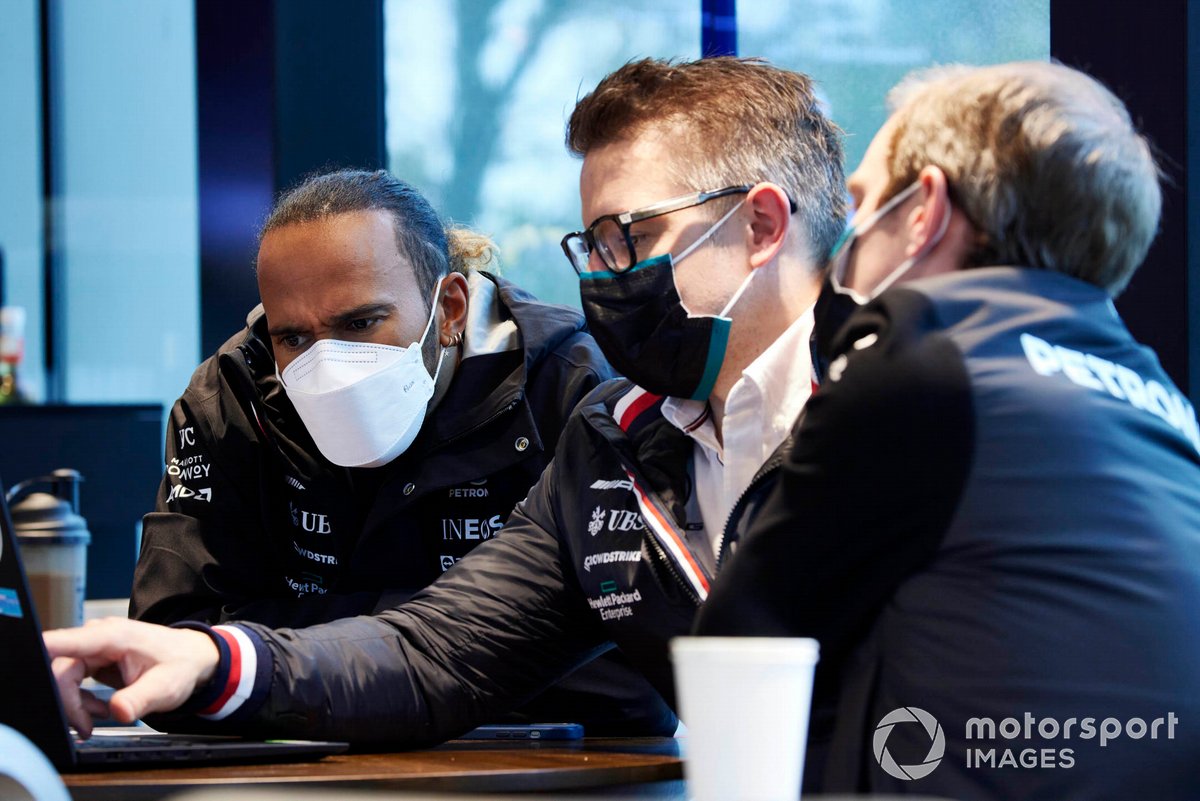 Shovlin admits Mercedes is perplexed by its current struggles

Shovlin noted that the team had no issue with Pirelli’s wet and intermediate tyres, which the teams had limited knowledge of until Imola, aside from some running on an artificially-soaked track in Barcelona testing. Despite the change of size, they behave similarly to their predecessors.

“The big thing with the wet tires is how do they cope through a range of conditions? How do they transition into the dry? And we’re not going to get a good view on that here,” he explained.

“But certainly today with the intermediate conditions for us the issue was just one of building temperature. We were struggling in that area. In terms of balance, there’s nothing wrong with them, they’re very similar in terms of balance to the others.

“And George said if he’d be much further up the grid he wouldn’t have been surprised, he said the car felt okay. We just didn’t have the grip that we needed to be quick.”

After the session Hamilton made his frustration clear, noting: “I think we underperformed as a team today. There are things that we should have done that we didn’t do.”

Asked what his driver was referencing, Shovlin said it was probably the way the qualifying session was managed, with Hamilton wanting to run more laps.

“Lewis would have liked to have stayed out on one of the runs earlier on,” he said. “And he felt we were building temperature when we decided to come in and take a new set. I think when you look at the end of the session, we couldn’t do a longer run because of the red flag.

“And so it’s two things. One is, could we could we have run the earlier part of the session better? Perhaps we could have done. The other issue is just that we don’t seem to be able to put in a lap one, where other people find it quite easy. And on a day like today, that’s always going to be a big problem.” 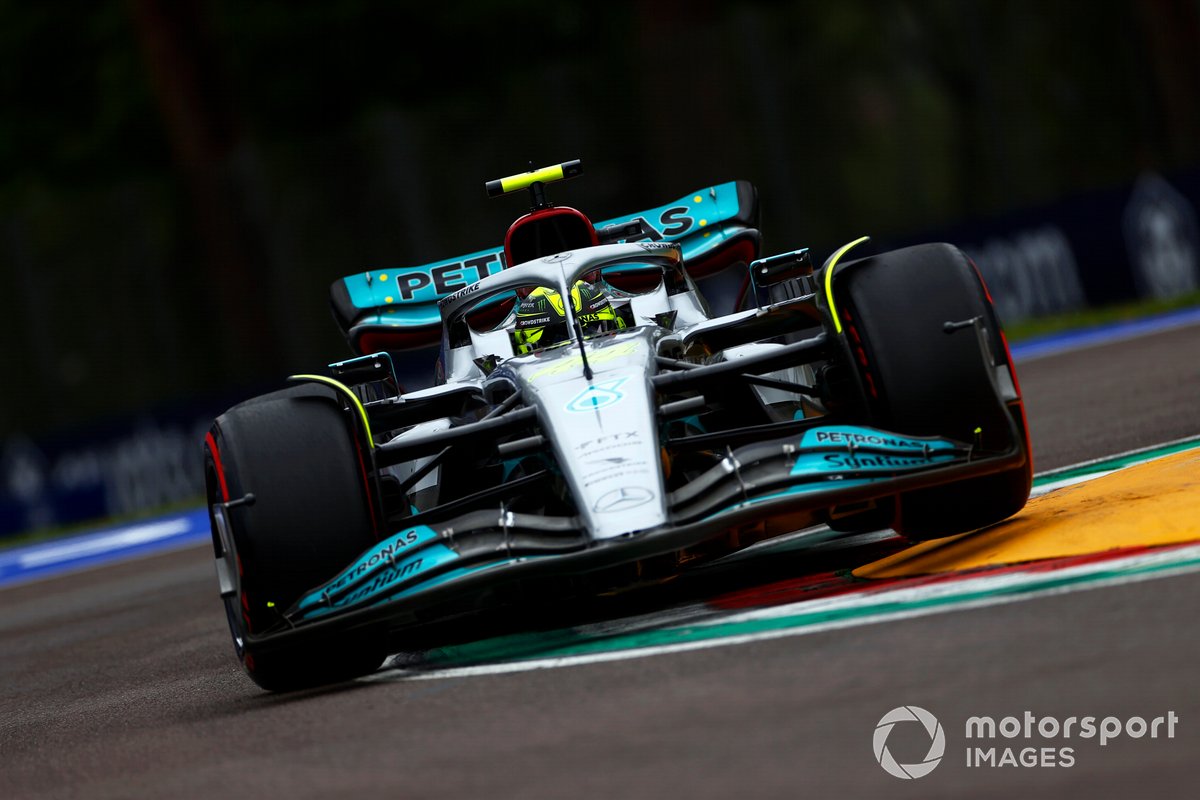 The tire warm-up issue is running in parallel with the porpoising that continues to frustrate Mercedes more than most of its rivals, and which means that the team can’t run at the optimum ride height.

“To be honest both of them are annoying issues at the moment,” Shovlin admitted. “But realistically, the one that’s cost us today is the warm-up.

“I think if we’d been able to solve that, we would have had a much more successful time. The porpoising is limiting the car’s potential. But that’s no different to what we’ve had in the recent races.”

Controlling porpoising was not one of the specific aims of the package of aero changes that the team brought to Imola, with the updates simply intended to improve performance in general.

“This was normal aero development,” Shovlin confirmed. “And to be honest, we’re working on the issues we’ve got with bouncing separately. The developments we brought here, we were aware that they’re not going to affect that. So that was why we were focused on those parts.

“But as an aside, we’re still working hard to try and understand, get on top and solve the bouncing. So again, we know that as well as the warm-up that’s another area that’s a weakness of this car that we need to fix before we’ll be competitive.”

On top of any chassis issues Mercedes is working hard on its power unit. It’s clear that all three of its rivals have caught up, if not overtaken, the manufacturer that has dominated the hybrid era.

The struggles of the Mercedes customer teams in the early races highlighted that, although latterly McLaren has climbed the grid. The big challenge is that most elements of the PU have already been frozen until 2025. 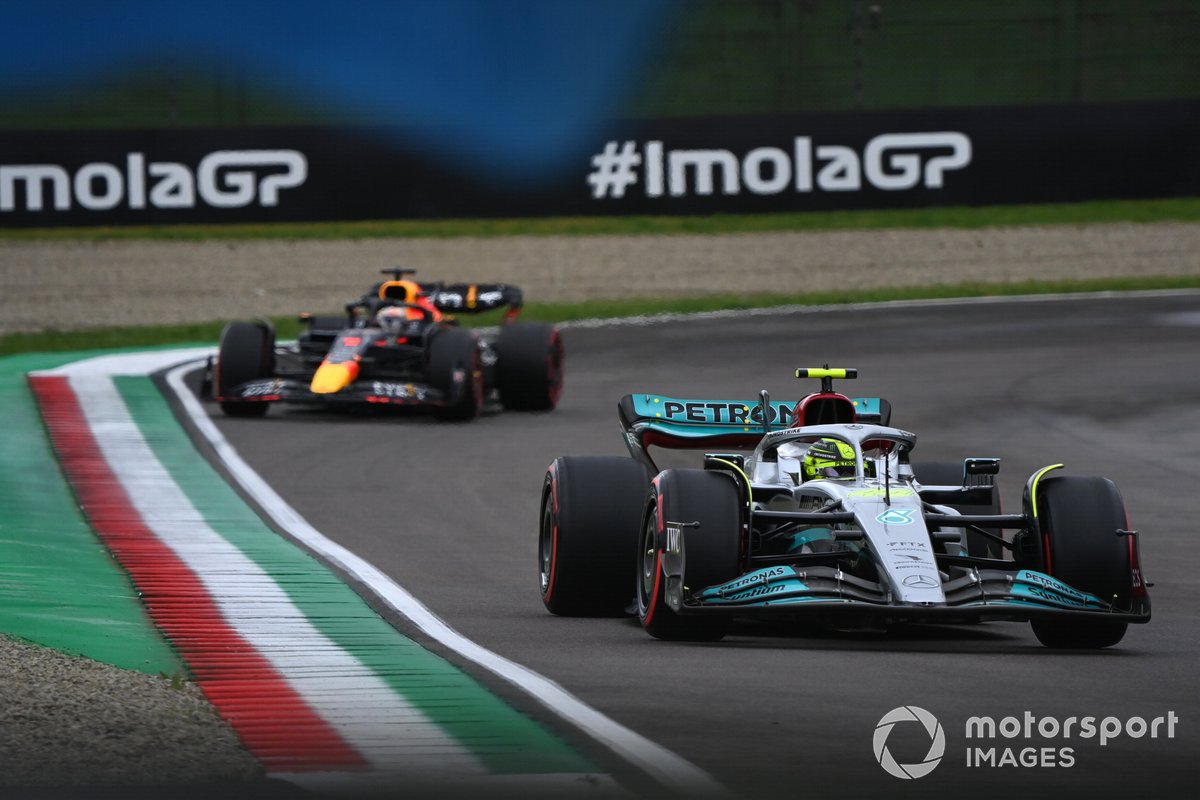 “We’re constantly doing analysis on that,” says Shovlin. “There’s areas that we think we can improve in terms of managing the deployment. However, it’s a homologated unit now. So you can only do things for reliability.

“That doesn’t stop us looking at what we can do within the modes, and how we can use those better, and whether there is anything more we can gain in how we’re deploying the modes that are available. But we’re not quick enough, and when when you’re not quick enough, you look at all areas for improvement.

“So the remit of the power unit people is to focus on that, and look at any fine tuning that we can do to find gains. And on the chassis side, we’ve got a lot of different projects at the moment to try and move forward.”

Can Mercedes dig itself out of its current problems? Races are coming thick and fast at the moment – ​​and with every weekend that passes the chances of Hamilton being able to mount a challenge for his eighth title continue to fade. 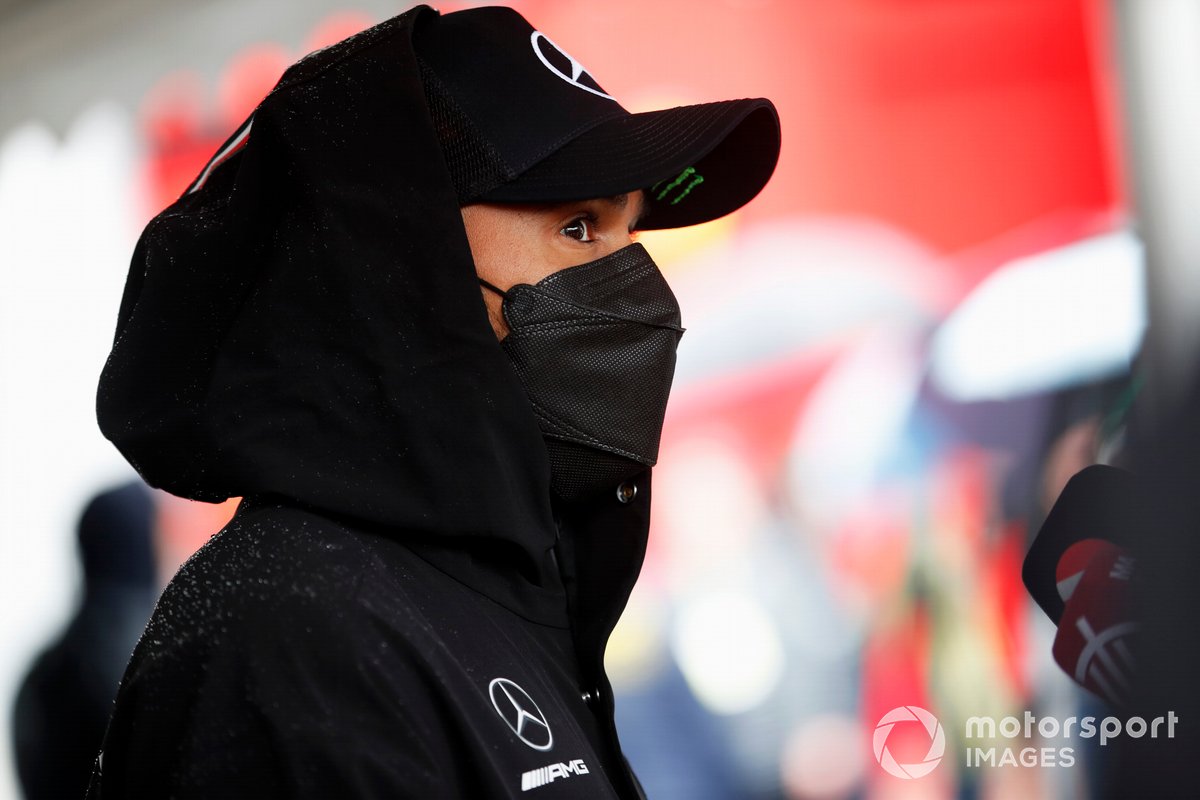