Skip to content
Home News How many children are there in the Kardashian-Jenner family? 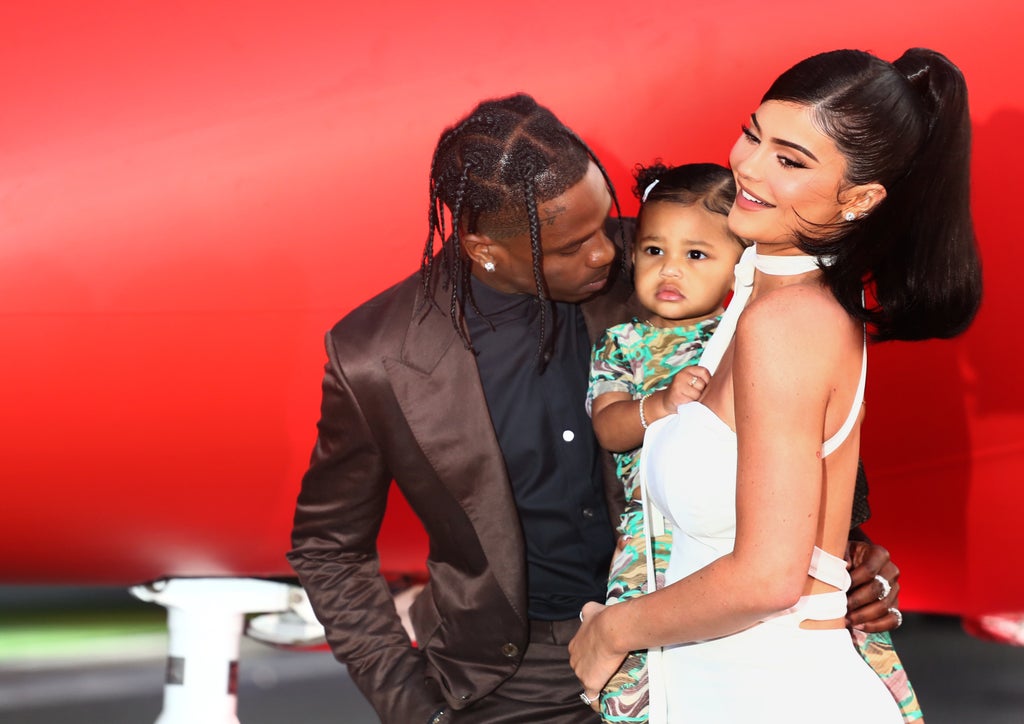 The reality star and businesswoman announced the arrival of her baby on Sunday in a black-and-white photo posted on her Instagram account.

The photo of the baby’s hand was accompanied by a blue heart emoji in the caption and the date of birth. Jenner’s eldest daughter, Stormi Webster, was born on February 1, 2018.

Jenner and Scott’s baby, whose name has not yet been revealed, joins the growing third generation of the famous family.

Here’s everything we know about the Kardashian-Jenner family tree:

Robert Kardashian and Kris Jenner started their family after getting married in 1978. They had four children: Kourtney, Kim, Khloe, and Rob Kardashian, who now have children of their own.

Robert is descended from Armenians who immigrated to the US from the Russian Empire, while Kris has a mixed European heritage. Her maiden name was Houghton, which she changed to Kardashian and then Jenner after remarrying.

Kris married retired Olympics medalist Bruce Jenner in 1991 and had two children with him, Kendall and Kylie Jenner.

The couple announced their separation in 2013 and divorced two years later. Bruce, now known as Caitlyn, publicly came out as transgender the same year his divorce was finalized.

Caitlyn also has four other children from two previous marriages before Kris, including son Burt and daughter Cassandra with Chrystie Scott, and sons Brandon and Brody with actress Linda Thompson.

Kourtney, the oldest of the Kardashians, has three children that she shares with her ex-boyfriend Scott Disick.

Their youngest son is Reign Aston Disick, born on December 14, 2014.

Kourtney, 41, got engaged to Blink 182 musician Travis Barker in October 2021 and wedding plans are underway. Barker has two children from his previous marriage to Shanna Moakler, Miss USA 1995.

Their children are Landon Asher, 18, and daughter Alabama Luella, 16.

According to Persons magazine, a source close to the couple said Kourtney “would love to have a baby” with Barker, so another addition to the brood may be imminent.

Kim Kardashian has four children, whom she shares with her future ex-husband, Kanye West.

Kim gave birth to North and Saint, but has been open about the difficulties she faced with her two pregnancies. She experienced pre-eclampsia when she was pregnant with North, forcing her to go into emergency labor at 34 1/2 weeks, nearly six weeks earlier.

She also suffered from the same condition when she was pregnant with Saint. Kim revealed in a video for her SKIMS line of shapewear that she had to undergo five operations within a year and a half of Saint’s birth “to repair all the damage that all of that did on the inside.”

Kim was advised not to get pregnant again after her second birth. Her third and fourth children were born by surrogacy.

Kim and West are in the process of finalizing their divorce, which Kim filed for in January 2021 after seven years of marriage.

Khloe Kardashian has a daughter, True Thompson, who she shares with basketball player and ex-boyfriend Tristan Thompson.

The couple started dating in 2016 and have been in an on-and-off relationship ever since. They reportedly split in June 2021, and in January of this year, Thompson apologized to Khloe after a paternity test confirmed that she had a son with fitness model Maralee Nichols.

Nichols alleged in July 2021 that Thompson was the baby’s father, and the NBA star required genetic testing to prove he was. At the time of his alleged interactions with the model, he had reportedly been dating Khloe.

After testing confirmed that he was the father of Nichols’ child, Thompson said in his letter to Khloe that she “didn’t deserve the pain and humiliation I have caused you.”

“You don’t deserve the way I’ve treated you over the years. My actions have certainly not aligned with the way I see you,” she wrote.

Rob Kardashian has a daughter, Dream Renee Kardashian, with his ex-fiancée Blac Chyna. Dream was born on November 10, 2016.

Kendall Jenner has no children.

Kylie Jenner has a daughter, Stormi Webster, who was born on February 1, 2018 and recently welcomed a baby boy into her family with Travis Scott.

She kept her first pregnancy out of the public eye and did not personally announce that she was expecting a baby until after she had given birth.

In a reunion episode of keeping up with the Kardashians which aired last June, told host Andy Cohen she made the decision because she “needed to go through it alone.”

“I shared a lot of my life. I was also very young when I got pregnant and it was a lot for me personally,” she revealed.

“I didn’t know how I would take that to the public as well and have everyone’s opinion. I think it was something I needed to go through myself.”