Skip to content
Home News How do storms get named? 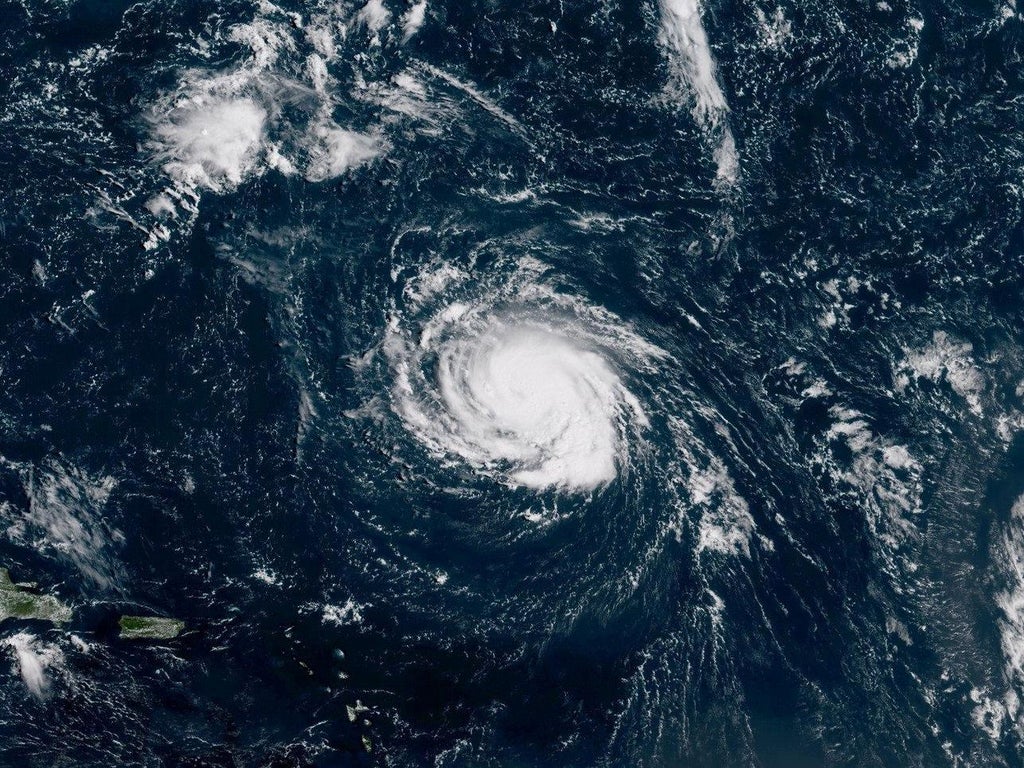 Storms Dudley and Eunice are currently barreling towards the UK, with the former expected to hit the north on Wednesday and Thursday before the latter arrives on Friday, the pair bringing 90mph gales, heavy rain and snow.

Forecasters have issued a number of weather warnings for the two storms lasting until the end of the week, alerting people to the dangers of high winds and potential disruption to transport.

As we brace for their impact, you might be wondering how and why storms like these come to be given human names.

Ocean weather fronts have to reach speeds of 39 miles per hour to qualify as a storm, being officially reclassified as a hurricane should they hit 74 mph, a phenomenon far more common on the other side of the Atlantic.

Hurricanes are additionally categorized with a score of one to five based on their sustained wind speed.

A category one hurricane moves at between 74 mph and 95 mph, posing a risk of moderate property damage, while a category five is far more severe, traveling at 157 mph and promising catastrophe should it make landfall close to human habitation.

The custom of naming weather fronts originated in the 1900s in tandem with the earliest days of radio enabling ship-to-shore telecommunication for the first time.

Originally only given female names in accordance with nautical tradition, the idea of ​​personifying extreme weather events was to ensure they could be clearly distinguished from one another through a system that was easier to remember than serial numbering.

The first storm of each calendar year was given a name beginning with “A”, the second “B” and so on.

In 1953, the process became more systematized in the hands of the National Oceanic and Atmospheric Administration’s National Hurricane Center (NHC), which drew up lists of names that could be repeated every few years for storms taking shape in the North Atlantic, Gulf of Mexico. and Caribbean Sea.

In 1978, men’s names were introduced for storms in the northern Pacific, with the Atlantic following a year later, a move intended to make the process less sexist following complaints from members of the public.

The gender now alternates every year, with six lists of 21 names in rotation (names beginning with Q, U, X, Y and Z are not considered).

Should there be more than 21 storms in any one calendar year (a rare occurrence), they are named after characters from the Greek alphabet: Alpha, Beta, Delta, Gamma and so on.

Should a particularly severe hurricane hit and cause fatalities, the name will be retired from future lists out of respect for the families who lost loved ones.

Katrina, for instance, will not be used again in the wake of the devastation caused to the Gulf Coast and southern US in August 2005.

The naming process for Atlantic storms is now the remit of the World Meteorological Organization’s Tropical Cyclone Committee while the NHC retains responsibility for the Pacific.

In the UK, where the threat from storms is much reduced, the Met Office has invited members of the public to submit their own naming suggestions via social media since 2015.

See also  "There's a big gang of them... they're targeting me": Mum, 50, scared to leave the house after gang of yobs smash windows 14 TIMES in terrifying attacks