Skip to content
Home News How could the US aid Ukraine if Russia invades? 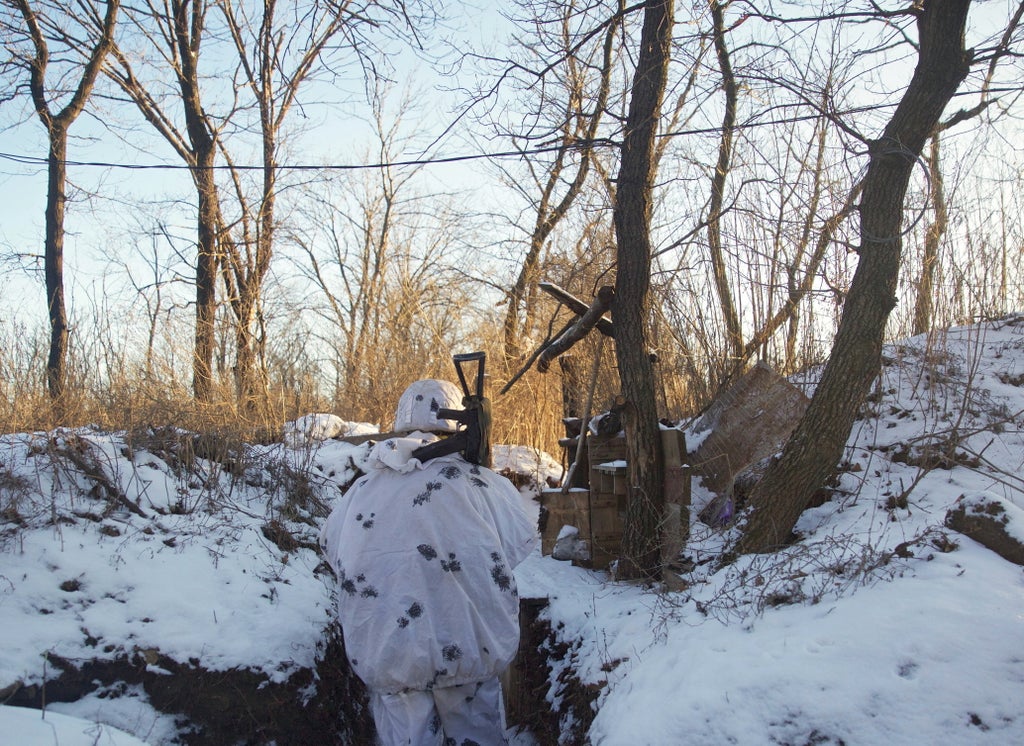 With an estimated 106,000 troops still gathered along Russia’s border with Ukraine, talks are continuing at the highest level as the Western powers pursue every diplomatic avenue in the hope of averting a war in the region.

Speaking at the White House alongside German chancellor Olaf Scholz, US president Joe Biden warned his Russian counterpart Vladimir Putin: “I don’t know that he knows what he’s going to do, and I think he has to realize that it would be a gigantic mistake for him to move on Ukraine. The impact on Europe and the rest of the world would be devastating, and he would pay a heavy price.

“I have been very, very straightforward and blunt with President Putin, both on the phone and in person – we will impose the most severe sanctions that have ever been imposed, economic sanctions, and there will be a lot to pay for that down the road. It will affect others as well, it will affect us somewhat, it will affect Europeans. But it will have a profound impact on his economy. ”

In Moscow, Mr Putin hosted his French counterpart Emmanuel Macron over a lavish dinner as the latter sought to persuade him to stand down his forces and avoid war, with the former taking the opportunity to threaten wider conflict in Europe in the event that Ukraine is allowed to join Nato.

US secretary of state Antony Blinken has meanwhile worked tirelessly on the diplomatic front, meeting with met his Russian opposite number Sergey Lavrov in Geneva as well as with Ukrainian president Volodymyr Zelensky in Kiev and Nato alliance leaders in Berlin, appealing to all sides to avoid a return to Cold War-era tensions.

Mr Biden’s response to the intense stalemate so far has amounted to sending $200m in US military aid to Ukraine in January and ordering the evacuation of all non-essential staff and their families from the American embassy in Kyiv but he has otherwise been largely non- specific about what his “severe economic response” might amount to, other than to warn that the lucrative Nord Stream 2 gas pipeline project would be brought to an “end”.

In addition to the military aid already sent, Washington is reportedly considering sending thousands of US soldiers to Nato allies in the Baltics and Eastern Europe.

House Speaker Nancy Pelosi has urged the House of Representatives to pass legislation that would authorize “robust sanctions” against Russian government officials as well as financial institutions and transactions.

Kori Schake, the director of foreign and defense policy studies at the conservative American Enterprise Institute, said that the US has a number of options ranging from diplomatic to military to economic punishment.

America could, for example, send military advisers and more weapons to Ukraine or use diplomatic efforts, such as moving to expel Russia from the Council of Europe and Organization for Security and Co-operation in Europe for violating the organization’s charters.

Similarly, the US could bring motions against Russia in the United Nations Security Council.

Ms Schake said the US could also station Nato troops on Russia’s border, support claims against its territories in the far eastern region or reveal what it knows about Mr Putin’s personal wealth.

“Unclear whether it will prevent a Russian attack on Ukraine, but it will at least drive up the price,” she told The Independent. “It’ll be humiliating for Russia to back off deploying more than 100K troops and making outrageous demands for Western concessions.”

Ms Schake said that it is not surprising that Russia would test American resolve after the exit from Afghanistan led to the nation falling to the Taliban.

But at the same time, she said that, so far, the US and Nato allies have done a good job of holding together and “refusing to be a party to Russia’s schemes to recreate a sphere of influence”.

Similarly, the bill being deliberated in the House would increase foreign military financing as well as International Military Education and Training financing for Ukraine.

The bill would also use “soft” power such as funding for Radio Free Europe and Radio Liberty.