Skip to content
Home News How can we hope to hit net zero targets when cyclophobia is rampant in the UK? 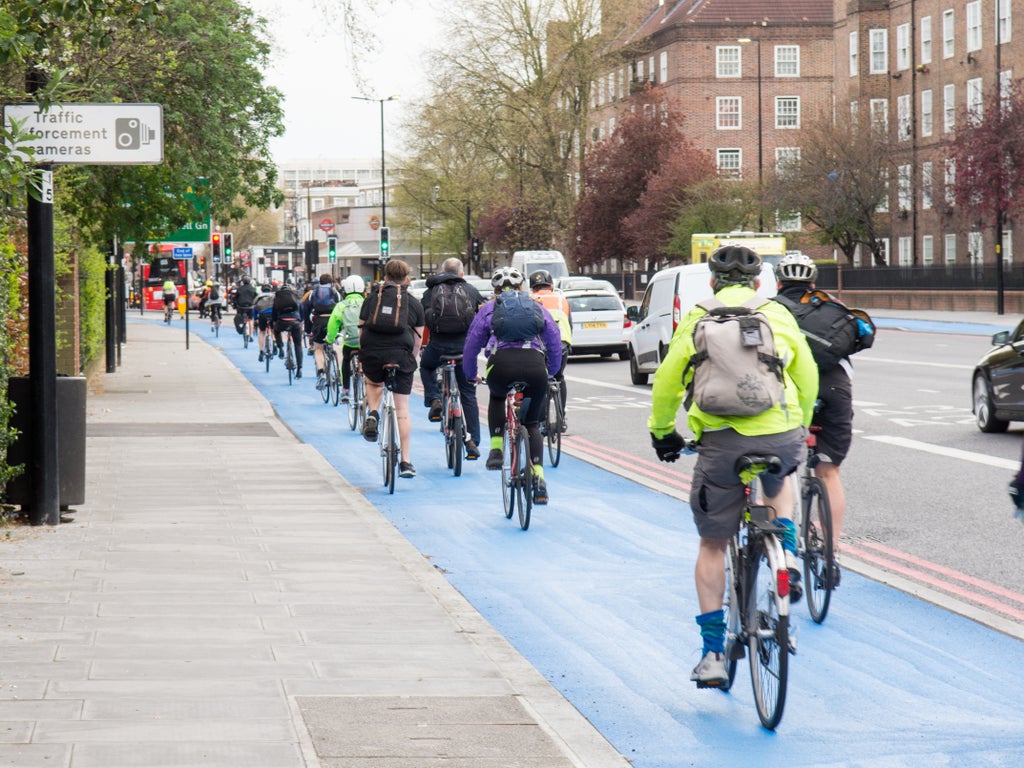 Could anything more graphically symbolize our failing battle to stop humanity destroying civilization with climate destruction, than reports of another young person tragically killed while cycling.

Chuijiang Kong was not only a cyclist using zero-carbon transport, but she was also, with a terrible double irony, an exceptionally talented young scientist who had dedicated herself to researching solar rays at Imperial College. She wanted to help make solar power even more productive, out of her concern for the threats of the climate crisis to her and future generations. She was crushed to death beneath the wheels of a heavy goods vehicle (HGV) while cycling to work.

Let us be clear about one thing. We cannot reach the urgently necessary net zero carbon emissions for UK transport unless we radically reduce the number of cars on our roads, and get more people cycling the 70 per cent of trips that are under 5 miles.

This is due to the huge, embedded carbon costs involved in manufacturing cars, whether they are EVs or fossil fueled, the oceans of concrete and tarmac needed to build and repair our roads and the devastating destruction of rainforests to supply the endless demand for billions of new tires for the world’s vehicle fleet.

Yet the tragic killing of Chuijiang came in the middle of a torrid tsunami of hateful cyclophobia in the tabloid media, directed against minor steps to make cycling for our kids to school a tiny bit safer.

Instead of increasing the – currently tiny – budget for building protected cycle lanes and separating kids cycling to school from HGVs (currently just one tenth of the UN-recommended 20 per cent of the transport budget is spent on cycling), the UK government announced some minor changes to the Highway Code, governing how drivers, people cycling and pedestrians must behave where they have to share roads.

These changes basically codified the good practice that has been taught in good motoring schools and children’s cycle training for decades. If a person cycling is on a road that is too narrow for a driver to overtake safely, with more than 1.5 meters space between them, then the person cycling should cycle in the middle of the lane (not the road) until there is space for the driver to do so safely. This is because if a child should wobble or hit a pothole and the driver is too close, the child could be crushed under the wheels of the vehicle.

However, this sent some tabloids into a purple fit of cyclophobic hysteria. “Genghis Khan’s London looks as if it has been hit by a cluster of neutron bombs, which has left the buildings and bike lanes intact and laid waste to all commercial human activity. The revised Highway Code is just the latest example of how virtually every area of ​​public policy has been surrendered to a cabal of blinkered, neo-communist fanatics” fumed Richard Littlejohn in the Email.

Howard Cox from the fringe motoring lobby Fair Fuel UK struck down in The Sun: “The latest Highway Code is a cyclists’ charter to ride any way they wish, no matter how dangerous, without fear of any prosecution.”

But the AA and RAC welcomed the changes, saying that it would help protect vulnerable people walking or cycling. The government’s consultation received over 70 per cent positive support for them. Then, in the middle of all this, news emerged that the government was considering dropping EU rules requiring new HGV trucks to meet the Direct Vision standard, so that drivers can see adjacent road users. Their current blind spot means that HGVs are a significant cause of killings of people walking and cycling.

We asked the Department of Transport if this was true and they said: ”We’re currently considering the vehicle safety provisions included in the EU’s General Safety Regulation and will implement requirements that are appropriate for Great Britain and improve road safety.”

Then it also emerged that the London mayor’s cycle safety program was threatened in the negotiations between the mayor and the government on how to cover the Covid-related drop in income for Transport for London.

The Mayor’s cycling and walking commissioner Will Norman told this column that without a government settlement, there would be no more cycle lanes built, dangerous junctions sorted or any community safer street programs in London’s boroughs. Also under threat is the important £10m three-year London mayor’s program to make existing HGV trucks safer, by requiring 2- and 3-star danger rated HGVs to have CCTV and cycle sensors, as the most dangerous 1-star rated already have to . Cycle campaigners are devastated by this threat, as the hope was to roll it out across the country, not destroy progress in London.

So, what are we to make of all this? If we cannot find even the smallest amounts of money to protect people cycling, if we refuse to create the national cycling infrastructure to enable the switch from high-carbon cars to near zero-carbon bicycles, and if the tiniest change in the Highway Code produces a collective apoplectic fit across our tabloid media, then what hope have we got of radically cutting our carbon emissions across society in time to avoid self-destruction?

Chuijiang, your face has haunted me this week. Will our government wake up before it is too late? We simply must do better than this.