Skip to content
Home News ‘How are we supposed to live?’ Mancs berate Rishi Sunak as Chancellor slammed for not helping millions with soaring bills

Rishi Sunak’s spring statement has been met with a furious response from Mancs who have slammed him for not doing enough to help with soaring bills.

In his Commons statement yesterday, the Chancellor announced a 5p cut in fuel duty and an increase in the threshold at which people pay national insurance contributions. However, his mini-Budget of him has been criticized for offering no support for millions of families facing energy bill hikes of £1,300 amid the cost-of-living crisis.

It came as experts warned households face the biggest single-year fall in incomes since 1956, with 1.3 million people forecast to go into poverty over the next year We asked readers on our Facebook page what they made of the new measures announced by the Chancellor, and the vast majority were less than happy.

READ MORE: How will Rishi Sunak’s spring statement affect me? How major announcements will hit your bills

Agnes Bareja described the Chancellor’s announcement as “a joke”, adding: “Energy bills need sorting urgently and he did nothing to resolve this!”

Karen Platt was equally unimpressed with Mr Sunak’s announcement. She said: “Hitting the working class as usual. Hitting everyone. He needs to stop the energy companies as well. Bloody ridiculous the lot of it.”

Meanwhile, Julie Richardson said: “He’s no idea what he’s doing. What he’s offered will not help. He’s not struggling so how can he understand?”

What did you make of the Chancellor’s announcements? Have your say in our comments below.

John Reynolds said: “5p off a liter of diesel won’t help us pay the £469 pm our gas & leccy supplier are hoping for.” And Lynsey Davies said she feared that increasing numbers of people would end up in debt as they try to cope with rising bills.

“Wages aren’t aren’t going up but food petroleum energy costs etc are,” she said. “It’s ridiculous. How are people supposed to live?

“I’m already feeling the pinch this month. It will just spiral into people getting more and more into debt to be able to afford to live.”

Neil Slater welcomed the measures, which he believed would have “some impact.” But he added: “It’s definitely gonna be miserable, but as with all things that get thrown at us we will muddle through as best we can.

“Could be much worse, at least we have homes, cars, Internet, entertainment, food, water, etc. ukrainians face having EVERYTHING taken from them including in some cases their lives.”

Mr Sunak’s overall package has been criticized for being targeted at the better off. The Resolution Foundation think-tank claimed only £1 in every £3 announced in the mini-Budget would be going to the bottom half of the income distribution.

It found the richest half of households gain £475, compared to just £136 for the poorest fifth. People on benefits are getting a rise worth half the rate of inflation and have had Universal Credit cut by £1,040 a year. And the Chancellor, with one eye firmly on the next election, pledged to cut income tax by 1p – but not until April 2024. 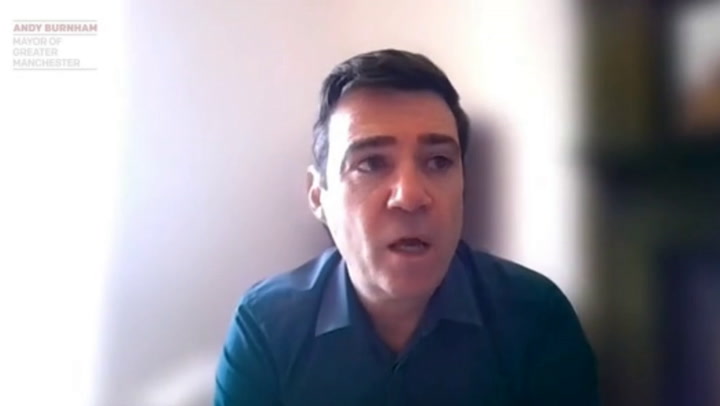 Institute for Fiscal Studies director Paul Johnson said: “The thing that was missing from this was anything for people on Universal Credit or state pension. That’s only going up by 3.1% next month, when inflation may be 8%. So that’s going to be a big cut in living standards for those on the lowest incomes.”

Personal finance expert Martin Lewis warned the mini-Budget was “not going to lift that many out of the mire”.

Mr Sunak increased the threshold at which people pay National Insurance to £12,750 from July, but refused to ax the planned rise from 12pc to 13.5pc. And his failure to lift income tax thresholds as wages rise creates “fiscal drag” where more people are pulled into a higher tax bracket.

The OBR showed the Chancellor had only cut back about one sixth of all the taxes that have been raised since he came into No 11. It means overall taxes are to hit 36.3pc of GDP – the highest burden since the late 40s.

Official figures showed inflation would average 7.4pc this year – and could hit almost 9pc later. The economy is forecast to grow by just 3.8pc this year, the OBR said – a sharp drop from its prediction of 6pc.

Mr Sunak announced the household support fund will increase by £500million for councils to distribute to those most in need. But two-thirds of Brits believe his measures will not benefit people like them much, according to a snap poll by YouGov.

What is happening where you live? Find out by adding your postcode or visit InYourArea