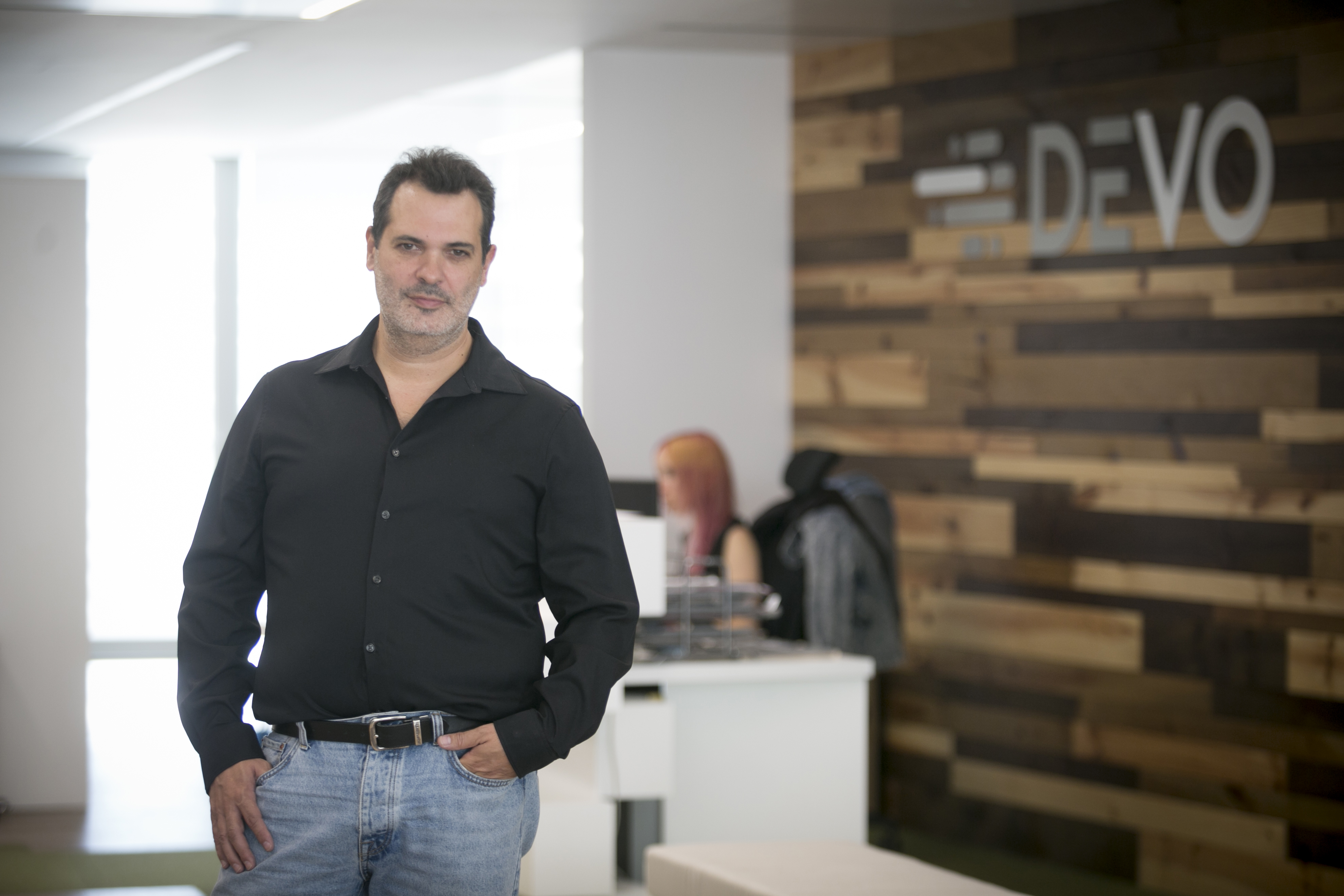 Pedro Castillo was bored at the “start” that he occupied back in 2011 at Bankinter. He felt in a “golden cage” and the policy established in the entity after a change in management no longer fit with his philosophy. It was the moment to look for new airs. That same year he created Logtrust. After a decade, that cybersecurity and data analysis company built on 380,000 euros has another name, Devo, and it has become the new Unicorn (companies worth more than 1,000 million dollars) of Spanish origin after closing a financing round of 215 million euros and reaching a valuation of 1,300 million.

In his office at the Madrid headquarters, Castillo, founder and director of Technology, prefers not to reveal the billing, “when we make the public offer of sale in two, three years,” he says with a laugh, but ensures that the progression is positive. “We have doubled figures,” he points out. They have gone from 180 workers in 2020 to 400 and have heavyweights such as Telefónica and the US Air Force among their clients.

Although the company dates from 2011, Castillo goes back almost 20 years, to 1992, to talk about its origin. That year, that of the Seville Expo and the Barcelona Olympic Games, he left his Chemistry studies to dedicate himself to computer science. After passing through the Computing Department of the Complutense University of Madrid, he set up his first company in 1996. “We did well for four years, but it was just another professional services company, so I was bored.” An offer from Bankinter to create the security team brought him out of that apathy.

Back at the bank, the team designed a collection system for logs. “It occurred to me, we designed it, we assembled it and when certain clients saw it they said: ‘This is amazing, why don’t you sell it?” And so they did: “We did not see a dollar, but the bank was filled.” During the 10 years he was in the entity, security was no longer on the margins to be part of the strategic core. They identified needs and problems and learned to handle large amounts of data in real time. It was, he says, his real university.

“We know the market, the problem. There are no solutions that do what we are capable of doing and someone wants to put four dollars, what do I do here? ”, Recalls Castillo about the moment in which he decided to start again. Five people started working on Devo’s proposal in 2011 and in 2013 the investment from the IPW fund arrived. “It was very important,” he says. “Not only because we could start to grow and have some money to do things, but because we started to professionalize the finance department and so on,” he asserts.

Another event marked in Castillo’s mind is a proof of concept (POC) they did with a large company from software of security. And, although they did not get the project, it marked a before and after. “Until that moment, I was the only one who believed in the company as far as we could go,” he says. “But with that POC they [los compañeros] they demonstrated to themselves where we are, what we have, to what extent it is good, to what extent it is differential ”.

It is precisely this difference that allows them to face their main competitor, the giant Splunk, a listed company with a value of 23,000 million euros and sales of 2,000 million. “When I told us what we wanted to do from a technology point of view, people told us that it was impossible and that if it was possible, IBM, Oracle or one of those would have done it by now. And, furthermore, that no one was ever going to send their data to the cloud [la nube]”, remember.

At Devo they believed they were wrong and time is proving them right. “We assemble a technology made for the cloud, at cloud, but agnostic of the cloud”, He asserts. That is, it is compatible with different providers, such as Amazon, Microsoft Azure or Google Cloud. His developments, he says, allow them to have a performance 10 times greater than that of their competitors with 10 times less architecture, in multitenant, in which a platform installation serves multiple clients. This allowed them to delve into the model of software as a service, “where the others were not.” In 2014 they went to the US in search of investors because, says Castillo, “it was impossible to get a series B of 10 million in Spain at that time.” The entry of the American fund Atlantic Bridge, together with the Spanish Kibo Ventures, in 2015 marked the beginning of the settlement in the North American country, where today the parent company is located.

Castillo mentions the entry of Atlantic Bridge into the shareholding as one of the company’s fundamental moments and, at the same time, as the worst failure of his life. “Now I say, well, it was a nice mistake because it has led us here. But it was a mistake. The relationship was never good. ” For this entrepreneur, the firm had a “very small, very home-based” vision.

After two years traveling between the two continents every two weeks and faced with a result in the US that was “very mediocre”, the position of CEO changed hands. “For me to stop being CEO was not an imposition, it was a decision. We cannot do business there and grow without someone who knows the ecosystem, who has the network of contacts, who has done it before, who has that experience and that name ”.

See also  EXPLAINER: How cryptocurrencies work (and how they don't)

That name turned out to be Walter Scott, a henchman at Insight Venture Partners, the firm with which Devo closed a financing deal that led to the exit of IPW, Atlantic Bridge and a few other angel investors in 2017. “That was a brutal turning point, because we now have the capital to do more things ”.

In September of last year, Scott was relieved by Marc van Zadelhoff, former CEO and founder of IBM Security. Another movement that Castillo recognizes as key. In addition, they closed a round of about 50 million that brought them more gasoline. “The company has changed a lot, for the better. On issues of having a better company culture shared with the United States and Spain, signing and attracting talent, professionalizing all areas… ”, he says. Devo bets the latest round that has raised to geographic expansion. They also seek with it, says Castillo, to continue increasing the competitive advantage in technology and product: “I don’t want to be the next Nokia or Blackberry.” Regarding the exit to the parquet, which he foresees in the coming years, he points out that it should be a natural step for the company, a consequence, and not so much an objective.

‘Now I am a beggar’: Fleeing the Russian advance in Ukraine