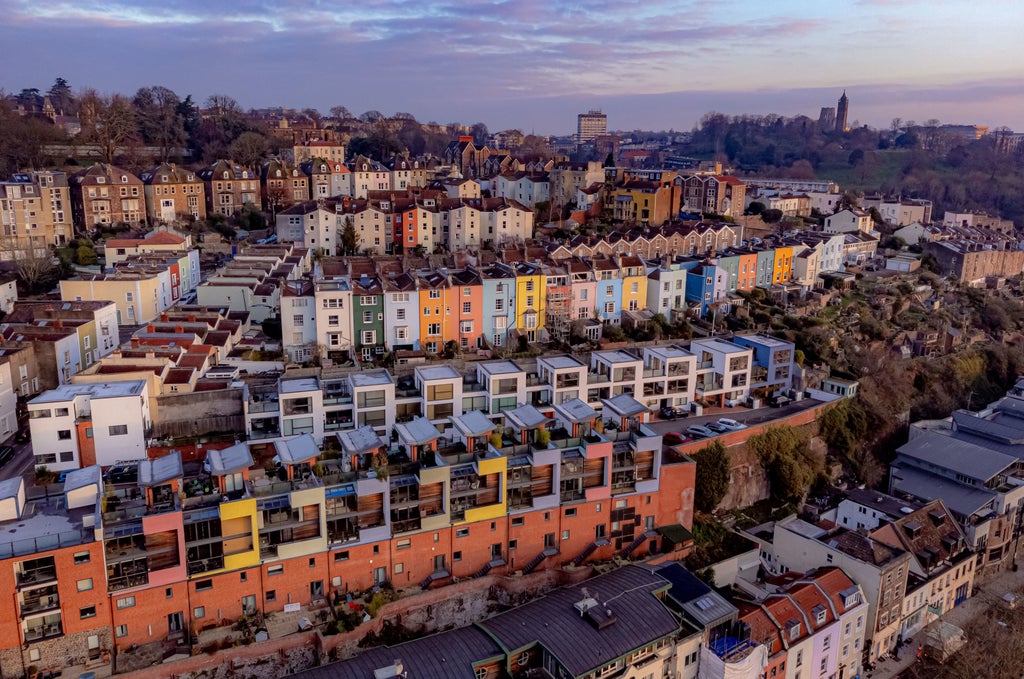 Property experts have called the top of the latest housing peak, as the average price of a UK home reaches a record high of almost £277,000.

The latest house price index from Halifax, one of the leading and longest-running indices, this week chalked up a near 10 per cent increase in the average property price in the past year, making the typical home worth £276,759. Overall prices are up £24,500 compared with this time last year, and £37,500 higher than two years ago.

But after several months of consistent 1 per cent monthly increases in prices, the lender points to a mere 0.3 per cent rise in January, the smallest increase since June 2021, as the sign of things to come, as inflation bites and affordability strains to breaking point, especially among first-time buyers.

The figures compare with the other big house price index, managed by Nationwide, which reported both the strongest January since 2005 and growth of more than 11 per cent in prices over the past year, at the same time it also revealed a slowing rate of increase in the last month.

“It says a lot about the heat in the housing market when a single month in which house prices don’t rise by a full 1 per cent is a slowdown,” says Nicholas Finn, managing director of Garrington Property Finders. “In absolute terms, this is the mildest cooling of price inflation. In the 12 months to the end of January, prices rose by a breathless 9.7 per cent, just as they did across 2021 as a whole.

Nevertheless, economic gravity is starting to make itself felt. The pandemic-inspired Great Relocation is still in full swing, and the number of would-be buyers remains healthy – with the number of first-time buyers entering the market at record levels. Average prices are still being driven upwards by the mismatch between supply and demand, but many buyers are starting to look again at their budget as the rapidly rising cost of living eats into their disposable income.”

Buyers are becoming more tactical and sellers are having to rein in their pricing aspirations, and after a frenzied 2021 the number of transactions are already falling back to more “normal” levels.

“This situation is expected to become more acute in the short term as household budgets face even greater pressure,” he adds. “While the limited supply of new housing stock to the market will continue to provide some support to house prices, it remains likely that the rate of house price growth will slow considerably over the next year.”

We’ve been here before, though, and recently, when the artificial support of the housing market through the economic uncertainty of the pandemic, better known as the stamp duty holiday, was withdrawn. So what’s different this time?

“Any predictions that house prices were going to start to pull back once the stamp duty holiday was no longer in play have been proven very wrong,” says Karen Noye, mortgage specialist for wealth management firm Quilter.

But there’s no doubt that the data shows the recent run of huge house price rises has already started to show signs of the drop off. If only in the last month.

“While forecasts of a housing price reduction have not yet fully materialized it seems inevitable that there will be some sort of slowdown in the coming year. With energy prices soaring, inflation running riot and interest rates likely to rise in the very near future people are going to start to feel less financially stable than they were before, and this will translate into fewer property purchases.

Ms Noye also points to uncertainty about the impact of the return to the office, and how far this will reverse the preference for larger, rural properties over city center flats. “However, while a slowdown in the medium term is likely, a huge drop in property prices is probably not on the cards unless something completely unforeseen happens,” adds Noye.

But, yet again, it’s not all that clear-cut. “At present, the UK is still suffering from a lack of housing stock and the laws of supply and demand will keep house prices relatively high for the time being. The last couple of years have been anything but predictable and this will continue into 2022.”

UK’s Dunblane grieves for Uvalde, fears nothing will change