Skip to content
Home News Hotel Villamagna: Jesús Sánchez, chef: “Cooking is like the dictionary of the RAE, it incorporates terms as they are used” | People 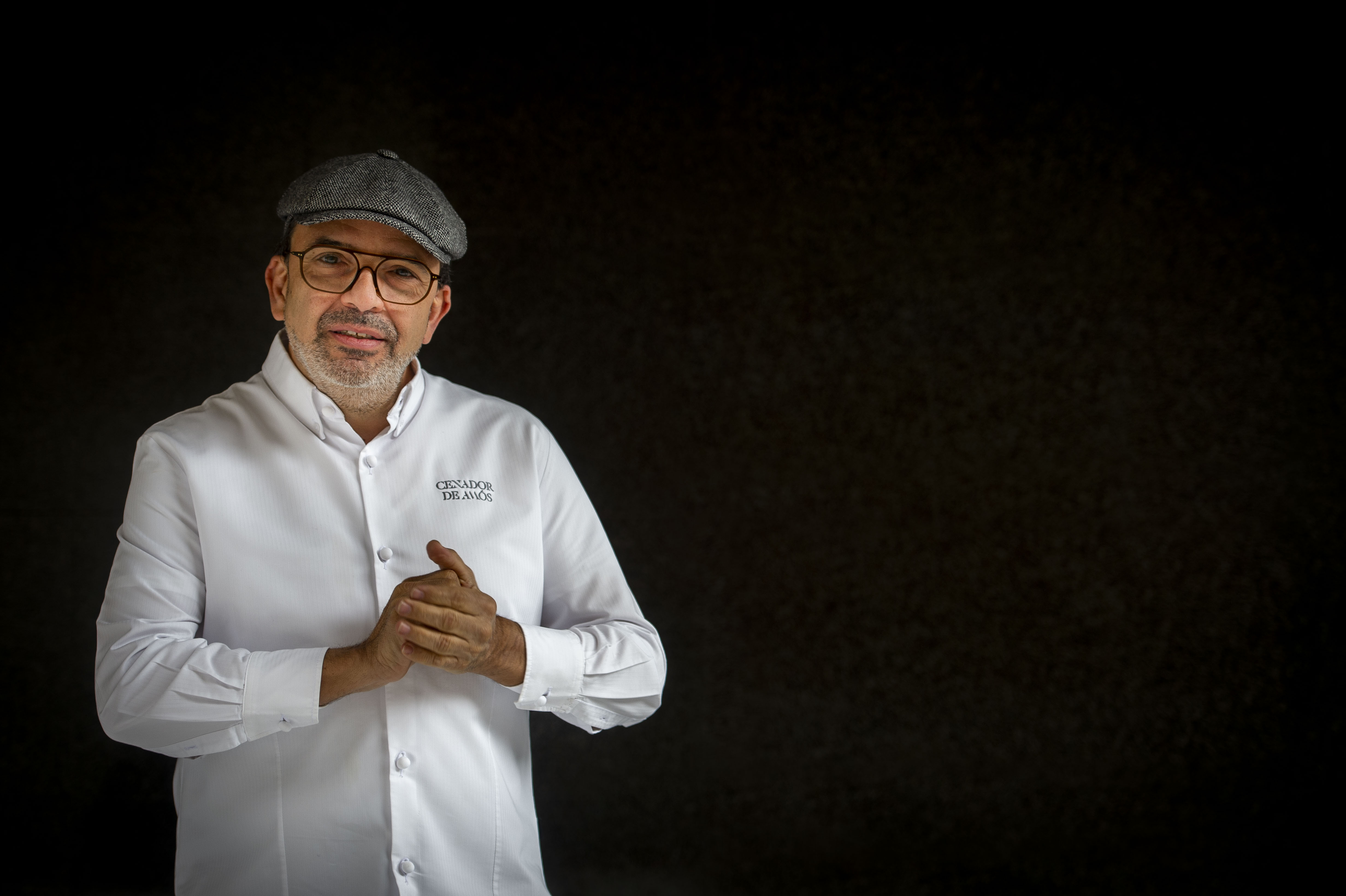 Jesús Sánchez (Azagra, Navarra, 1964) is the last Spaniard to have accessed the firmament of the three Michelin stars. He achieved it in 2019 from El Cenador de Amos, a restaurant located in a 17th-century mansion in Villaverde de Pontones (Cantabria). This town of just 300 inhabitants is today part of the worldwide gourmet route with a cuisine that Sánchez describes as essence and memory. That is to say, that although it applies avant-garde to the taste of a land with good orchards, good livestock and stocked at will by the sea, what it does, it assures, “my mother and my aunts would like it”. He has just opened his corner in the capital at the Hotel Villamagna in Madrid.

Ask. Three-star chefs, when asked what their favorite cuisine is, usually answer that of their mothers. You too?

Answer. My mother was not a very good cook. He did four little things, but very well. Even so, in the environment, with my aunts, my grandmother, they did cook well. All this remains in your taste memory.

P. Do you think that they would understand what you are doing now with your avant-garde proposals?

r I think so, in our kitchen we delve into memory, into those flavors that have marked us in some way. They would understand, yes they would. My kitchen is well understood. There is technique and drinks from the avant-garde, but it is understood.

P. Talk about memory and flavors. Which of the latter define us?

R. In my case, a lot, the garden, the oil. Each country has a culinary idiosyncrasy that defines it: apart from that, the sausage, the potato, the onion, the garlic. That is the basis of our identity.

P. Do you explain its own sofrito to each country?

R. Of course, if you go to Korea, that stir-fry has fermented chilies, if you go to Japan, soybeans. And then our own sofrito evolves over time, it changes from generation to generation.

P. Has our Spanish sofrito been transformed in the last 20 years more than in 2000?

R. Before, with the discovery of America, we incorporated the tomato. And we keep adding. Over time, the ingredients are identitarian and mestizo. This is like the dictionary of the RAE, it incorporates terms as they are used on a daily basis.

P. But, I insist, has cooking changed in 20 years more than ever?

R. Yes probably. We have incorporated raw fish very naturally, for example. Fermented, too. The natural curiosity of cooks has multiplied in the last 20 years. We have also started to travel more. In my generation, at the beginning, the trip was made to France. Today we have expanded the destinations: Asia, Latin America, in my case, above all. And let’s not mention the chefs who come from all over the world to see what we do.

P. Do you cook with your brain or with your stomach?

R. With both. If you mean when I cook without cooking, I think the brain intervenes first, but very soon in the process the stomach sneaks in. It’s weird, curious. Somehow you taste what you imagine. But the final destination of the dish is the stomach, the path of taste, sensation, marks the goal. Although it is true that sometimes I try some dishes in which I feel that they have been cooked only with the brain, as if they had not had the curiosity to try them.

P. In a haute cuisine dish, today, what is the most premium? The scientific discourse or the artistic?

R. If I had to choose one, I would say the artistic one. Although you must know the science, the technique, to reach that degree. But, to me, equating the kitchen with art, it gives me trouble. I have my reservations.

R. Out of respect for composers, painters, writers… I understand that there are artistic concerns to make a dish. But I prefer to consider ours a trade, a craft. Although yes, cooking is also a way of expression.

P. And you, what do you express?

R. Essence and memory. The essence of my environment, today Cantabria, with its Basque, French, Navarrese influences, in my case, by origin. And the spring of memory, that the kitchen remembers something collective and intimate and that produces emotion.

P. You started at El Molino, which Víctor Merino created in Puente Arce (Cantabria). How much does avant-garde cuisine owe to that great restaurateur of the seventies in our country who died in a traffic accident?

R. I think a lot. He was restless, educated, sophisticated, risky. It was too premature a loss and in the middle of its expansion. He showed us that a modern and different Cantabrian cuisine could exist, that we could create it, invent it.

P. When did you first pick up a frying pan and for whom?

R. For my father, following an illness of my mother. We were alone at home and I got an omelette with chillies or something. Later on I was seduced by confectionery, for a pastry shop we used to go to in Calahorra. I would enter the workshop and I was amazed at how drunk the biscuits were. When something was dry at home, I would get it drunk, do my first steps and then sell it.

See also  Sadly for Boris Johnson, the crime of lying is not one you can lie your way out of

P. A third Michelin star, does it make you fully happy or does the fear of not losing it begin there?

R. I remember the joy of the first, more unconscious. We had never set the goal of the three. But when you get it, it’s something much more reflective. The hardest thing for you is to meet the expectations of those who come to your restaurant. Rise to the challenge. That is an important pressure, not to make a mistake.

P. I am going to ask you a very populist question. Between the price of the ingredients that it costs what he puts on my plate and the 300 euros that you can end up paying in a high-end restaurant, where is the value that justifies the difference?

R. How much is the basic cost of a smartphone? 10 euros? Well, the same. I start from the basis that restaurants are cheap for the service you receive. what do you pay The team, the investment that the place requires year after year, the creativity and that sense of receiving something unique or exclusive that an object like a high-end telephone, for example, also gives you. I insist, for everything you receive in return, it is cheap.