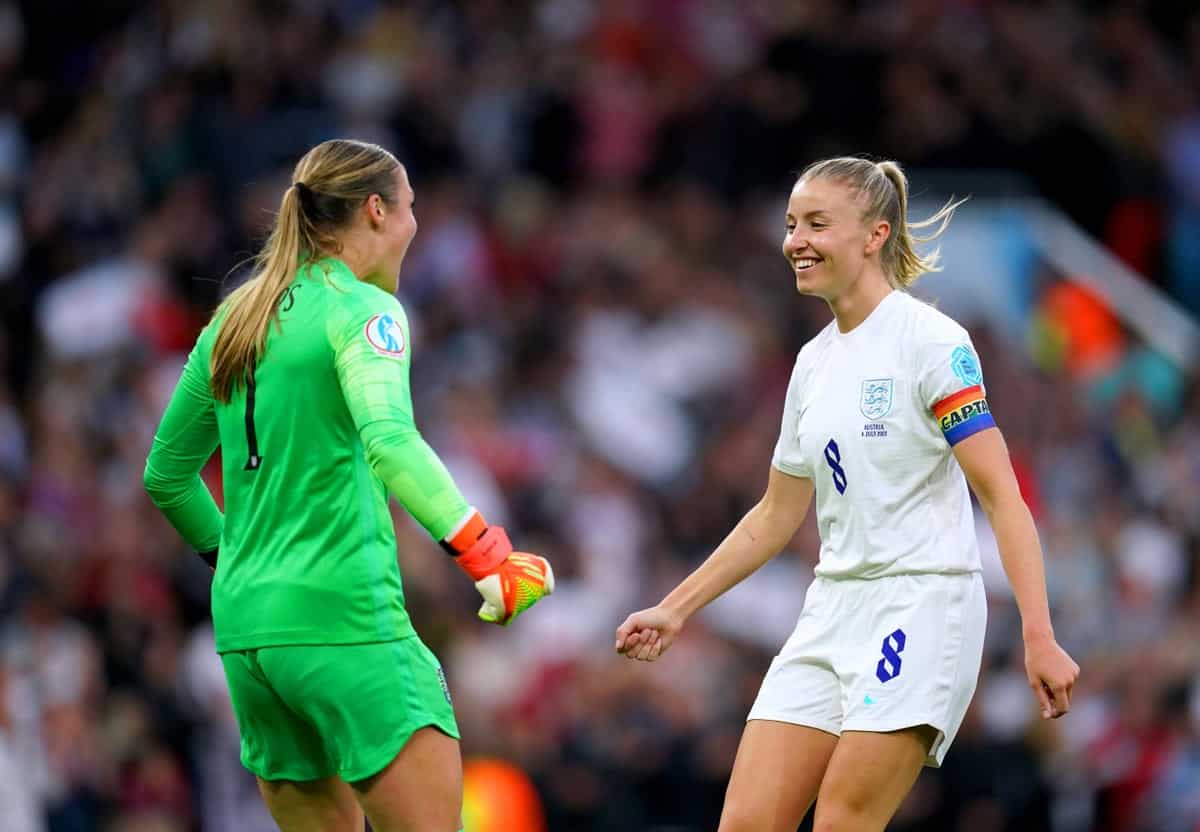 Beth Mead scored the only goal as hosts England got their Euro 2022 campaign off to a flying start with a 1-0 victory over Austria.

The Arsenal forward netted after 16 minutes in front of a record and exuberant crowd in the opening Group A fixture at Old Trafford.

The celebrations were slightly delayed as goalline technology was required to judge whether Mead’s lob and had crossed the line before Carina Wenninger’s attempted clearance hit the bar but the goal was given.

England, who are now unbeaten with 13 wins from 15 games under manager Sarina Wiegman, continue their campaign when they face Norway at the Amex Stadium next Monday.

Stat of the day

The crowd of 68,871 at Old Trafford set a new record for a crowd at a women’s Euros match. The previous highest was 41,301 for the 2013 final between Germany and Norway in Stockholm.

shot of the day

Quote of the day

England are one of the favorites but they would be breaking new ground if they win the tournament. Their two best performances in the event to date were runners-up finishes in 1984 and 2009.

Captain Marissa Callaghan insists Northern Ireland are not making up numbers as she prepares to lead her country into their first major tournament.

The veteran Cliftonville midfielder has declared herself fit and ready for Thursday’s clash with Norway in Southampton after making a rapid recovery from a broken foot.

Northern Ireland are easily the lowest-ranked team in the competition and, with games against Austria and England to come, massive underdogs to progress from Group A.

Callaghan, 36, said: “We go out every game with the belief that we can win it, you have to. We’re footballers, we want to strive to be our best.

“Obviously we know exactly how hard that challenge is going to be, we know the caliber of player and team we’re up against.

“But we’re here, we’re in the top 16 teams in Europe and we’re here to cause an upset and we’re not just here to make up numbers.”

World player of the year Alexia Putellas has vowed to bounce back after her Euro 2022 dream was shattered by injury.

The Spain midfielder was expected to be one of the stars of the tournament but will miss the event after suffering cruciate ligament damage in training on Tuesday.

The 28-year-old Barcelona player wrote on Instagram: “I could ask why now, why a day before the start of the Euros that I’ve been looking forward to and working towards for such time, but I will not.

“Now starts a new stage. Since I can remember, I have never been more than five days without kicking a ball, training or competing. It was and is my passion and this process will be a challenge but I am confident I can recover, get back on track and finish what I started.”

Real Sociedad’s Amaiur Sarriegi has been called up as Putellas’ replacement. Spain start their campaign when they face Finland in Milton Keynes on Friday.

Putellas said: “Without doubt, I will be another fan now and I will live, shout and feel every moment from the stands.”