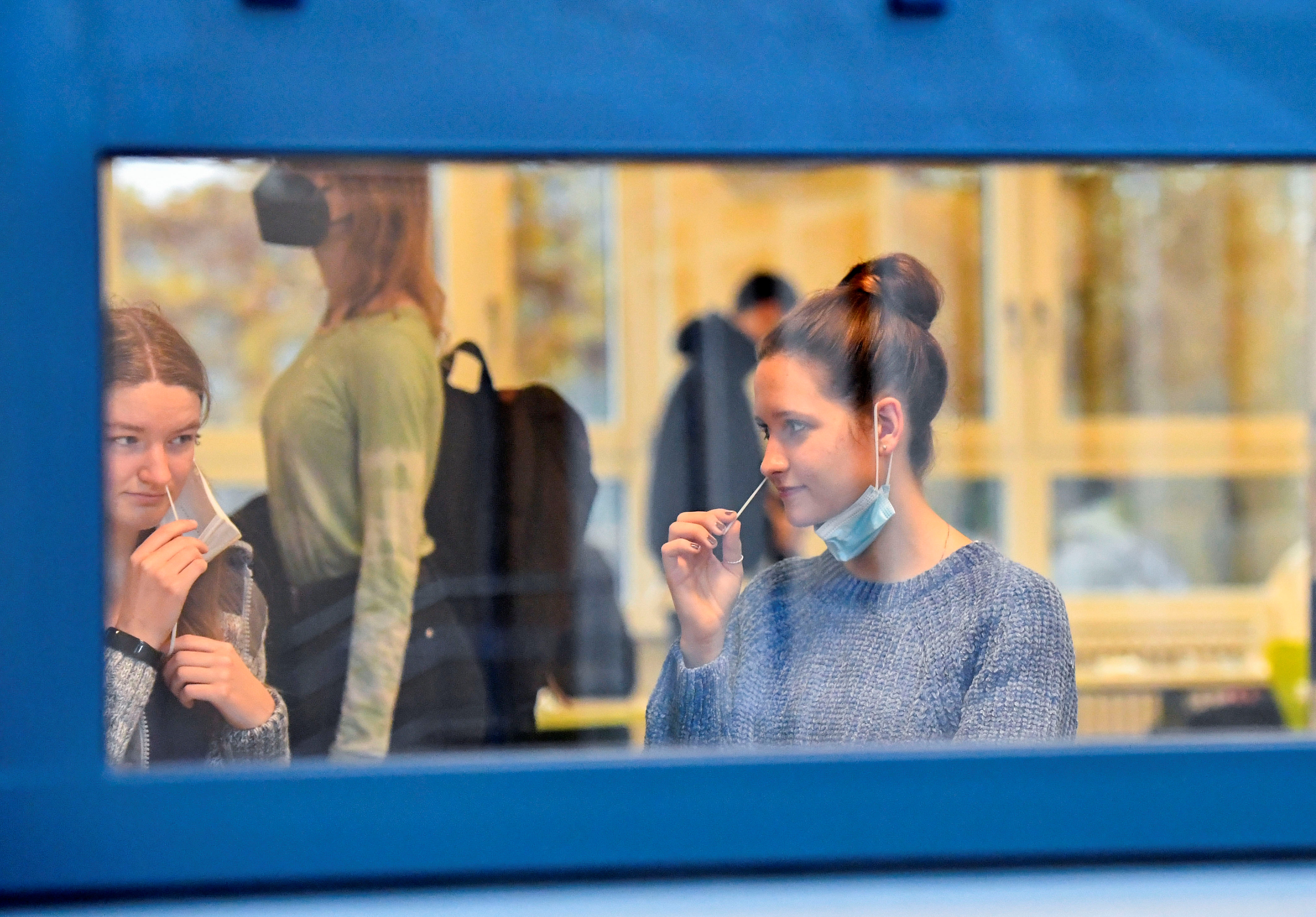 Germany is beginning to be overtaken by the force of the fourth wave of coronavirus. The rate of contagion seems unstoppable; every day the previous record is shattered as hospitals suffer overloads they had not experienced even in the worst of last winter. A Bavarian hospital has had to transfer two seriously ill covid-19 patients to other centers in northern Italy due to lack of beds in the intensive care unit. It is the first time that it has happened in a country that in previous waves was able to help its neighbors by admitting foreign patients. Now it has happened the other way around. The Freising hospital, 40 kilometers north of Munich, found no vacancies in nearby German hospitals and had to send a patient by helicopter to Bolzano, and another by ambulance to Merano, northern Italy.

The number of infections, which this Thursday has marked another maximum, with 65,371 diagnoses, is extremely worrying because the curve is ascending, almost vertical, and it does not seem that it will reach the peak in the coming days. The incidence, now at 337 cases per 100,000 inhabitants (in seven days, which would be equivalent to approximately 674 in two weeks, as is usually measured in Spain), began to grow in mid-October despite warnings from epidemiologists and health experts public, who asked not to relax the restrictions before the arrival of the cold. Now, faced with the alarming hospital situation, the authorities are reapplying measures to try to contain the infections. The Bundestag has approved this Thursday the reform of the Law on protection against infectious diseases and in the afternoon the Government meets with the leaders of the 16 federal states to agree on common measures.

The dramatic call to action by Lothar Wieler, the president of the Robert Koch Institute (RKI), has made an impression in a country that is not very used to having its emotions appealed to. “Christmas will be very hard,” he said in a digital meeting on Wednesday night. The video has gone viral. The head of the RKI, the body that advises the Government on infectious diseases, is usually restrained in his public appearances, but last night he wanted to be very clear: “We have never been so worried as we are now,” he insisted. Many hospitals, such as the Charité, in Berlin, have already suspended scheduled surgeries. But patients continue to arrive with a heart attack or stroke, or injured, who need a bed in intensive care. Wieler explained that it takes hours to find them a free position.

“The forecasts are extremely gloomy,” said the head of RKI contritely: “We are in an emergency situation and whoever does not see it will be making a serious mistake.” In a press conference prior to the viral video, Wieler had made calculations on the deaths that will follow the current infection data in a few weeks. The death rate is around 0.8% in Germany, which means that eight out of every 1,000 infected do not survive. “This means that of the 52,000 [el dato del miércoles] daily infections that we have, 400 people will die ”, warned the expert.

Lack of staff to attend ICUs

The problem in German hospitals is not about beds. The country has one of the best ratios in Europe of ICU positions per inhabitant, on paper. In reality, many are unused because there are no staff to attend to them. According to the latest available data, the country has some 21,000 intensive care beds available, 6,300 fewer than a year ago. Ralf Berning, an intensive care nurse at a Bielefeld hospital, told one of the highest-rated shows on public television on Wednesday that the lack of specialized personnel, especially nurses, is dramatic. In your unit, for example, there are 16 positions but they can only accept 10 patients. The situation is especially complicated in Bavaria, Thuringia and Saxony, to the south and east of the country, where the worst numbers of infections are registered.

The RKI already warned at the end of July that the fourth wave could overtake the previous ones if the vaccination rate did not improve. Germany has, along with other German-speaking countries such as Austria and Switzerland, the worst immunization rates in Western Europe. Only 67.8% of its population is fully vaccinated (compared to 80% in Spain). In recent days, faced with the threat that the unvaccinated will see their social life limited, queues have once again been seen in some centers. The rate of punctures per 100,000 inhabitants has increased slightly. While waiting for what the authorities decide, several federal states have gone ahead and imposed the so-called 2G rule: to enter bars, restaurants, shows and cultural activities it is required to be vaccinated or a certificate of having passed the disease in the last six months. The capital, Berlin, imposed the new rule on Monday. It is no longer valid to present a negative test at the entrance of any establishment.

Local authorities are approving all kinds of restrictions, such as the return to masks in schools, or the need for students to take antigen tests periodically to detect asymptomatic infections. Numerous shows and festive events have also been suspended, such as the traditional Christmas markets that are set up on these dates in all German cities. The absence of common measures has been highly criticized in recent weeks. The outgoing government of Angela Merkel has not managed to meet with the regional presidents until this Thursday, while the likely new Executive, a tripartite formed by social democrats, greens and liberals, has refused to extend the so-called “epidemic situation of national scope”, which allows States to introduce restrictions without the prior approval of their parliaments.

See also  Mónica Oltra: "There are no abused minors in care, they are protected because they suffer abuse" | Radio Valencia