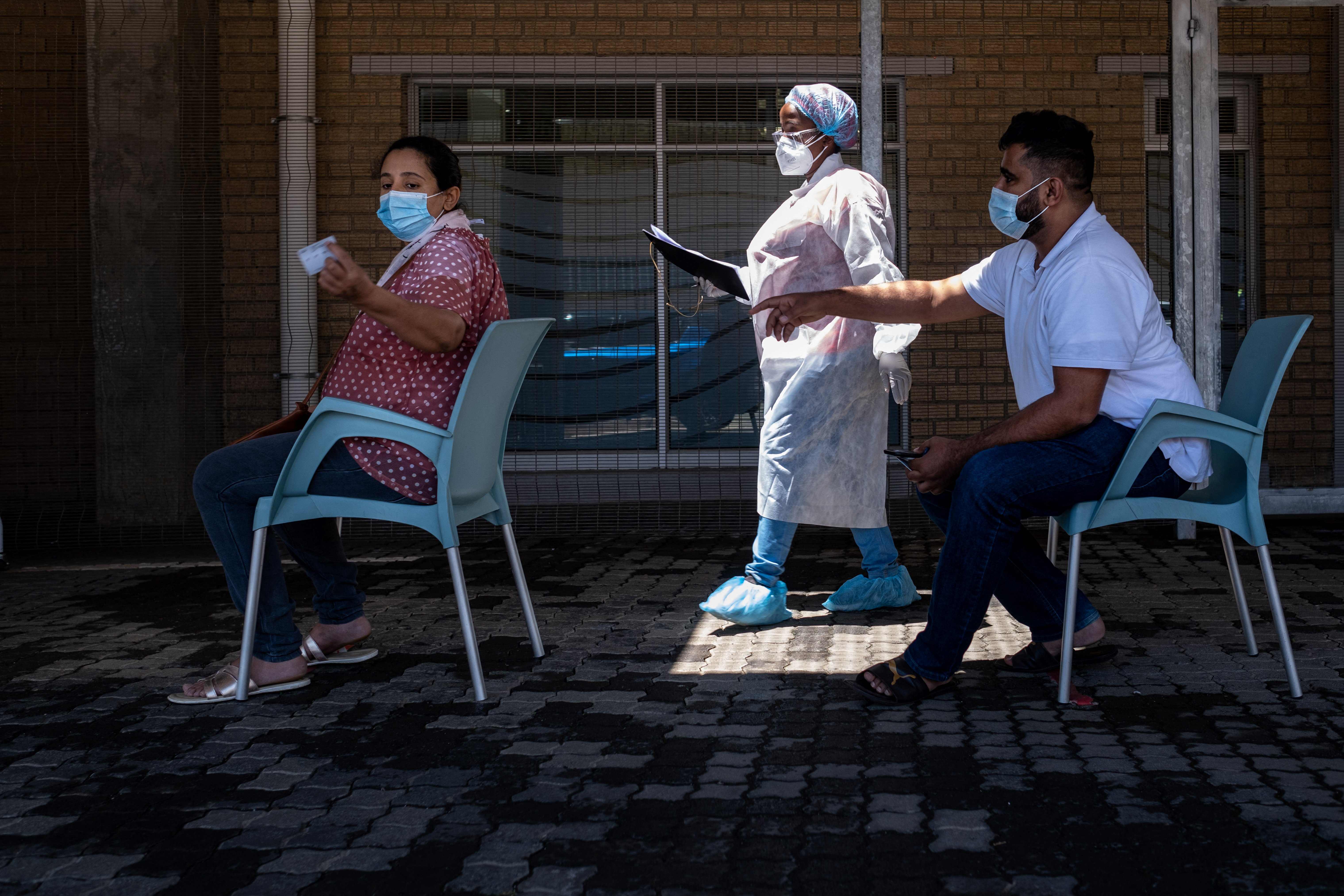 New positive cases of covid-19 are on the rise in South Africa. The National Institute of Communicable Diseases (NICD) registered 2,963 new cases on Monday, with an increase in the detection of positives of 15.2% (the previous day it was at 10.6%), placing the incidence in 4.9 per 100,000 people. These are data that the South African health authorities follow with special concern, due to its direct impact on the number of hospitalized patients. These have multiplied in two weeks by more than four (330%) in the province of Gauteng, the region where omicron was detected for the first time, with one of the lowest vaccination rates in the country (less than 40% have the full schedule of the vaccine). It is also the most populous in the country, including the cities of Pretoria and Johannesburg. In the week of November 8, there were 135 people admitted, a week later 276 and the following week they reached 580 sick patients with covid-19 admitted. It is not possible to know how many of them have the omicron variant, because the genetic sequence is only carried out in a small percentage of the positive tests.

The South African Ministry of Health assures that the omicron variant has already spread to other provinces, because many of the cases detected present relatively mild symptoms. Last week 77 cases were detected in Gauteng, of which more than half were not vaccinated, but what was striking was that people who had received the full schedule of vaccines authorized in South Africa had also been infected.

Three months ago the province of Gauteng (15 million inhabitants) experienced an increase in cases and then a decrease that had continued until the appearance of omicron. Among the cases detected in recent days, there is a high number of young people who could have been infected in meetings at the end of the academic year, in which precautionary measures such as the use of a mask or social distance would have been relaxed. “The symptoms that my patients presented in the last two weeks were very different and much milder than those that I had previously treated with those infected with COVID-19. They were limited to muscle pain and a tiredness that made them feel bad for a day or two without exerting any effort. We also observed that they had not lost their sense of smell or taste, and that the cold they had was mild, so they could pass the virus at home, “Angelique Coetzee, a member of the South African Medical Association, told several South African media on Monday. , who gave the alarm signal for this new behavior detected in his patients to be investigated.

While awaiting the results of the acceleration campaign in vaccination launched this week by the Government – only 35.6% of the population is inoculated – South African scientists continue to receive the support of those who value their conscientious work on segmentation of the vaccine. virus. Among them, that of the Association of Spanish Scientists in South Africa, which issued a statement yesterday to share “the frustration and despair over the unjust stigmatization, without scientific justification, to a country that, despite developing top-level research in multiple areas has seen its financial resources depleted and a society exhausted by the tragic socioeconomic conditions caused by the covid-19 crisis ″.

In the southern country it was also celebrated yesterday that the multinational Johnson & Johnson finally announced an agreement with the South African pharmaceutical Aspen for the latter to manufacture its own vaccines against covid-19 upon receiving the complete formula, access to intellectual property. Until now, there was a “fill and finish” agreement for the vaccine – with which more than 100 million doses of Jansen’s have been manufactured to date, which, according to the pharmaceutical company, have mostly remained in the continent – but with the new agreement Aspen will manufacture the first vaccine made on the continent and which will be distributed in Africa.

In the statement, it is assured that Aspenovax will be manufactured until December 31, 2026, and it is specified that “it contemplates a good compromise between the parties to discuss the expansion of the agreement to include any new version of the drug such as those developed for new variants or different formulas or the administration of boosters ”. Stephen Saad, CEO of the Aspen Group, recalled that “the covid-19 has globally underlined the unequal access to vaccines, something that is nowhere more evident than in Africa, where historically there has been no other option than to export 99% of the vaccines I needed ”. And he concluded by stating that “Africa continues to be constrained by vaccines, which prevents an effective response to the need to protect Africans against the virus.”