Skip to content
Home News Horizon Forbidden West release date, gameplay and how to upgrade from ps4 to ps5 for free 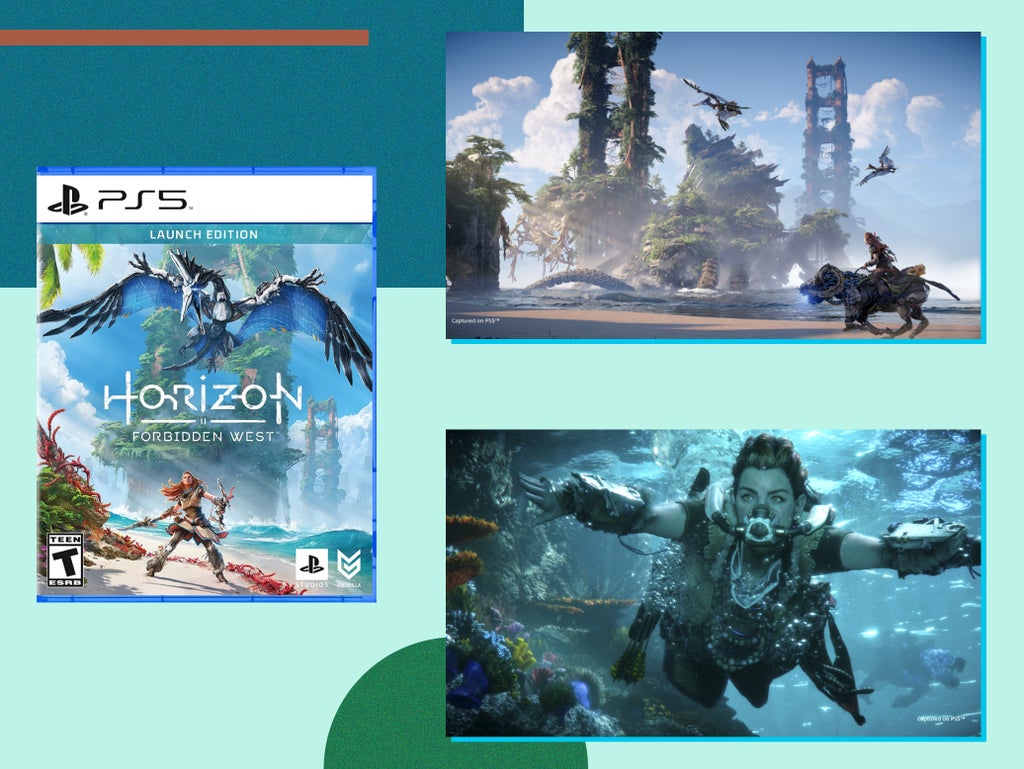 Horizon Forbidden West is one of Sony’s most highly touted exclusives set to come out in 2022, continuing the story from the previous game Horizon Zero Dawn.

The game was initially slated for release during the festive period last year but, like with many other developers, there have been delays caused in part by the pandemic, meaning that the final launch has been pushed back to February.

Players will take control of Aloy, a hunter who travels to a post-apocalyptic version of the United States that has been overrun by dinosaur-like machines.

If the title didn’t give it away, Aloy will be traveling west to find the source of a mysterious plague, which will take her through the familiar but desolate sights of California, Nevada and Yosemite Valley.

To find out more about when Horizon Forbidden West is released and what new features we can expect, keep on reading.

When is ‘Horizon Forbidden West’ being released?

Horizon Forbidden West is set to be released on 18 February 2022 on both the Playstation 4 and Playstation 5 consoles.

Will I be able to upgrade ‘Horizon Forbidden West’ for free?

It’s worth noting that if you purchase the PS4 version of the game, you will be entitled to a free PS5 upgrade. Horizon Forbidden West will be the last Sony-exclusive title to receive this special treatment and all future releases, including God of War: Ragnarok and Grand Touring 7, will require an upgrade fee to unlock the PS5 versions of the game.

On a recent Playstation blog post, Guerilla Studio Director Angie Smets announced that Horizon Forbidden West has officially “gone gold”, which means the game is now going to print and will be ready for distribution. The blog post also shared gameplay captured on a PS4 pro console which you can see below:

Up to now, we’ve only seen footage being captured using a PS5, so it’s encouraging to see that Forbidden West also appears to be running smoothly on previous generation hardware as well.

How big is the file size for ‘Horizon Forbidden West’?

in to tweet from Playstation GameSize, Horizon Forbidden West is set to be a hefty download. While the US version of the game is reportedly a little leaner, European players can expect the file size to reach 96.3GB. This could be due to the additional language packs required for European territories.

As this is before any details of the day one patches have been released, European players could expect the game to take up a sizeable portion of the PS5’s SSD, considering it has up to 825GB of usable storage space.

The official file sizes will be confirmed when pre-loading of the game commences, which is expected to be around a week before the 18 February 2022 release date.

What is the story of ‘Horizon Forbidden West’?

Sony has released a new trailer that delves further into the story of Horizon Forbidden West.

In the next chapter of Aloy’s adventure, she will journey into the lands of the “Forbidden West” in order to seek a cure for a world-ending blight. She’ll be joined by companions, including Varl and Erend from the first game, along with new allies Zo, Alva, and Kotallo, to defeat the rebel leader Regalla and her army of her in the war-torn region.

Will I be able to play ‘Horizon Forbidden West’ on the PSVR 2?

Playstation confirmed the official name and existence of its latest virtual reality offering, the PSVR 2, at CES 2022. Along with that, a new teaser for a standalone title called Horizon Call of the Mountain was also shown as the first confirmed game being developed specifically for the headset.

According to a PlayStation blog post, Horizon Call of the Mountain will tell a different story through the eyes of a new character. Players will also meet Aloy and other familiar faces as they experience the world of Horizon through virtual reality.

Readmore: PSVR 2 release date: When is it available for pre-order?

It’s unclear how Horizon Call of the Mountain will tie into the events of Forbidden Westbut as Aloy is confirmed to make an appearance in the VR spin-off, it’s safe to assume there will be some tangential connection between the two.

If you’re still trying to get your hands on the elusive PS5 console, we’re keeping an eye on restocks