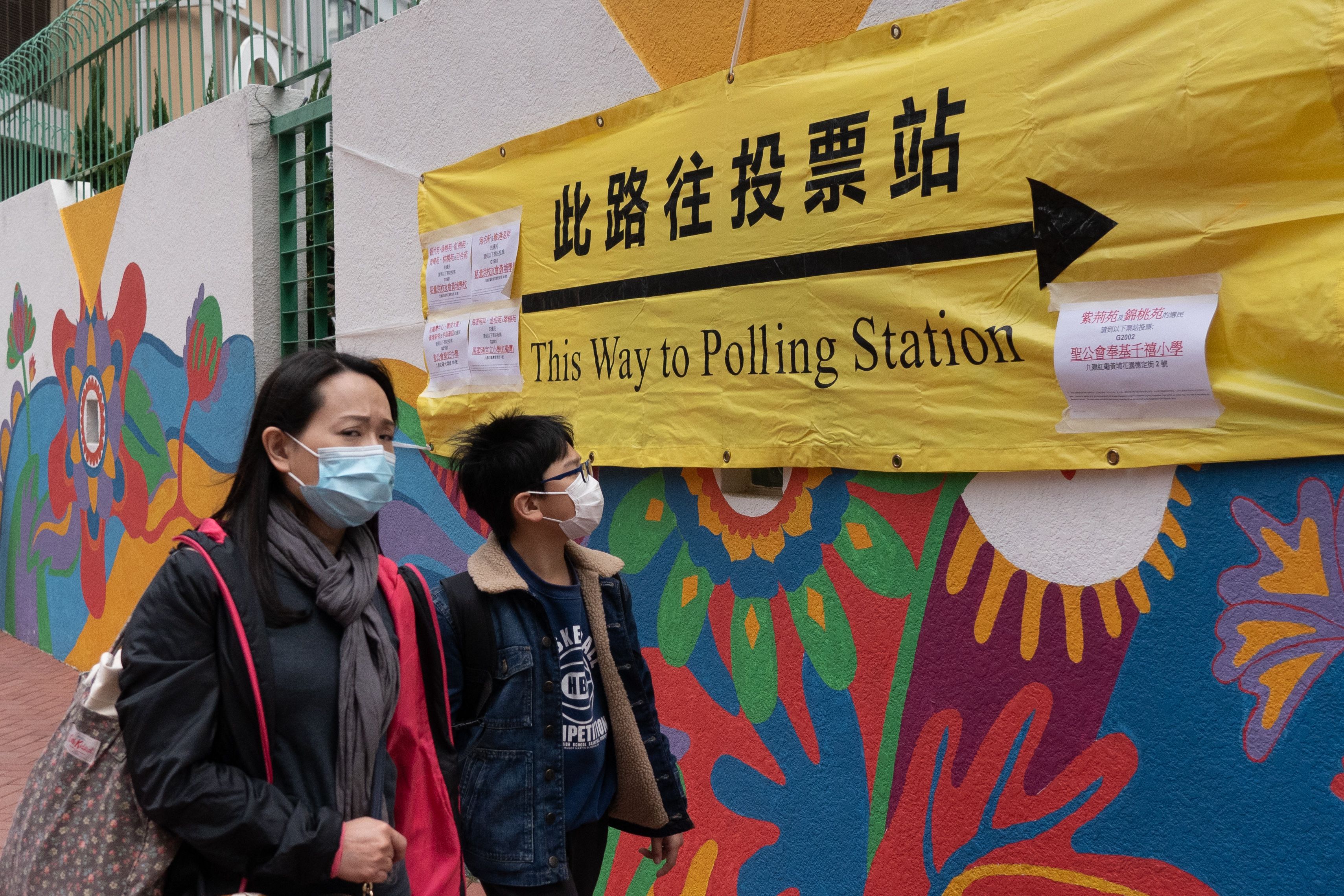 Turnout has plummeted in the legislative elections “only for patriots” and with hardly any candidates from the Democratic opposition that celebrated Hong Kong this Sunday. These elections, postponed 15 months on the grounds of the pandemic, were the first to take place under the new electoral law approved in March this year, which makes it almost impossible for opposition candidates to run. Even without that law, it would have been difficult for the pro-Democratic camp to come up with lists: most of those who planned to attend last year are behind bars, either sentenced to jail time, or awaiting trial.

About 4.5 million voters were called to the polls in this autonomous territory, where some 7.5 million people reside. According to official data collected by France Presse, 1.3 million people cast their ballots, 30% of the census, which is the lowest participation rate in three decades in Hong Kong. Until now that mark corresponded to those of the year 2000, when 44% of voters went to the polls.

At 9:30 p.m. on the election day of the previous legislative elections, in 2016, the turnout was 52.6%, although it took an hour more to vote. So, the final participation was around 58%. Turnout in these elections could be the lowest since the former British colony was handed over to China in 1997. In the most recent Hong Kong elections – the 2019 municipal elections, held amidst a wave of mass protests against Beijing – the opposition had become with about 90% of the 452 councils, with a participation of 71.2%. Municipal elections are the only ones that use pure universal suffrage in Hong Kong.

The Hong Kong authorities have tried to stimulate participation with all kinds of measures: from the provision of polling stations on the demarcation line with mainland China, for residents who cannot enter the former British colony due to the closure of borders, to the free use of public transport during the day. The autonomous government also paid for an advertising campaign in the media and telephone messages to encourage voters to exercise their right. Although not going to the electoral college is not in itself a crime, the electoral law prohibits calls for abstention. Despite this, previous polls indicated that only 48% of those consulted had the intention of voting, and that 52% considered that there was no candidate who deserved their support.

In total, 153 candidates run for 90 posts, 20 more seats than five years ago after the new electoral law came into force. Through this reform, most of the seats, 40, will be decided by the finger of a new electoral committee of 1,448 members, sympathizers of the Chinese central government. Another 30 will be distributed according to the votes of sectoral groupings ―commercial, financial, social assistance—, while citizens will only directly elect the remaining 20, by geographical constituencies. In front of the 219,254 people who vote in the sector associations; 4.5 million do so to choose the twenty seats of the geographical constituencies.

Five years ago, when the Legislative Council (Legco) consisted of 70 deputies, sectoral groupings decided half of the seats. The other 35 were chosen by the citizens. The pro-democratic opposition then won 19 of those 35 seats. In addition to 10 others elected by the sectoral groupings. This gave him the possibility to veto some bills, or make amendments to the mini Hong Kong constitution (the Basic Law), for which two thirds of the votes were needed.

This time the main opposition parties have chosen not to present candidates, after various legislators from their in-laws were disqualified, due to alleged problems in the oath of office or because they directly resigned. The draconian National Security law that Beijing imposed after the protests that paralyzed the autonomous territory in 2019 – and that has imposed serious restrictions, according to its critics, on the freedoms that the enclave enjoyed and that China must guarantee at least until 2047 – it has also decimated the pro-democracy camp; its main representatives have been imprisoned thanks to that rule. Others have opted for exile, or fail to meet the current conditions to be elected.

Those who wanted to stand for election as candidates needed the approval of a control committee set up by the Hong Kong authorities. “The institutions of political power and the system of government of Hong Kong must always be in the hands of those who love the motherland and Hong Kong,” had insisted in a statement the Hong Kong and Macao Affairs Office of the Chinese Government, when passed the new law.

The Chinese government began to consider the need for reform after noting with alarm last year that the opposition had a real chance of winning the majority in the autonomous Parliament and, with it, the powers to veto local budgets or present a motion censorship against the unpopular head of the local government, Carrie Lam.