Skip to content
Home News Honduras Elections 2021: Businessmen and the Opposition Recognize the Victory of Xiomara Castro while the ruling party is silent | International 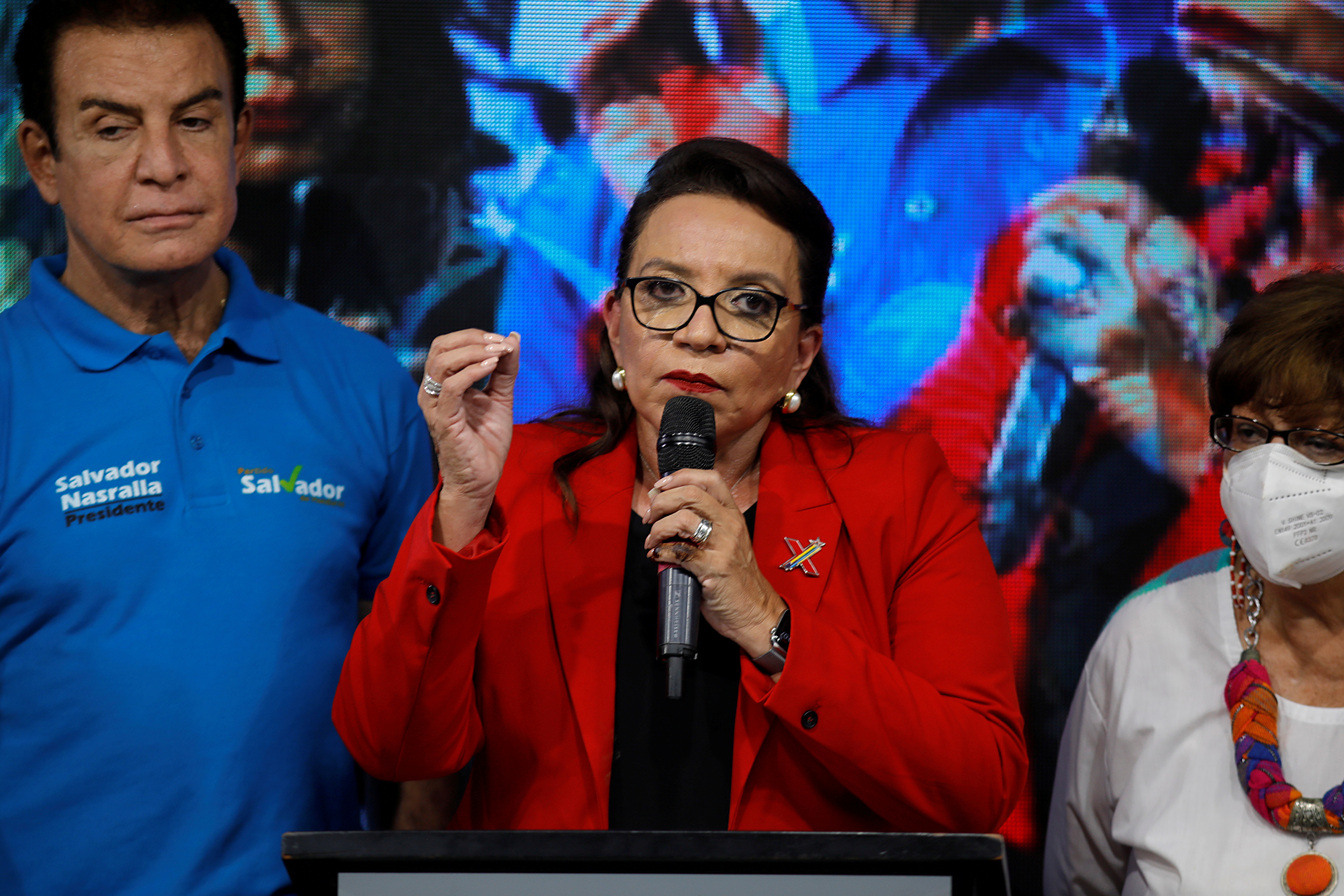 Honduras woke up this Monday with the feeling of calm after several days holding its breath before what could happen the day after the vote. The shops, from dealerships to simple shoe stores, still had doors and windows boarded up with wood and metal plates to protect against what they anticipated a tense night of retelling. The streets of the country, however, were filled with red flags and fireworks in which thousands of Hondurans celebrated the highly probable victory of the first woman to come to power in the Northern Triangle of Central America.

The official results with which the population went to sleep confirmed an impressive advantage of Xiomara Castro by more than 20 points against the conservative candidate Nasry Asfura, with 51.4% of the votes counted. In the absence of a recount that is paralyzed, his victory would also be supported by a historic turnout that exceeded 68%, an especially high figure in a region apathetic to the polls like Central America. After two attempts, everything indicates that Xiomara Castro, 62, will return to power as president, after being overthrown as first lady in 2009.

The candidate of the National Party and mayor of Tegucigalpa, Nasry Asfura, was silent throughout the morning of Monday although the party headquarters looked desolate. The hope of his team, the arrival of votes from the field, was fading hour by hour as he saw how the remote areas of the capital also supported Xiomara Castro. This Monday, the third candidate with any chance, Yani Rosenthal, of the Liberal Party, recognized Castro’s victory and also the business sector. The president of the powerful Honduran Council of Private Enterprise (Cohep), Juan Carlos Sikaffy, congratulated “the elected president” and offered to work together “in the economic reactivation.” In the surroundings of the National Party, one of Asfura’s main strategists, Luis Duque acknowledged defeat. “In victory, keep your feet on the ground. And in defeat, head high, “he wrote on social networks. In his message, he thanked his collaborators and acknowledged that the defeat was the result of a “feeling of hatred” spread throughout the country.

In the same direction, the covers of the following day in Honduras did not leave room for doubt either. The newspaper The Herald titled with a single word from side to side on its first page: “Xiomara” and in the newspaper The Press the headline was: “Xiomara wins in civic day”, highlighting the general cleanliness that surrounded the vote.

The count was halted for more than four hours in the early hours of the morning because records were arriving in trucks from some parts of the country. Despite the suspicions of fraud that hovered over the process given the experience of 2017 – in which an electrical blackout paid for the suspicions – this time Libre’s counselor in the electoral body (CNE), Rixi Moncada, was confident with the process: “We have in our hands, as a plenary session of the CNE, a crystal, which is the vote of the people who voted throughout the country. That crystal has to be managed as such, “he said, downplaying the slowdown in the publication of results.

The red tide led by Xiomara Castro rolled over not only in the presidential elections, but also in those of mayors and deputies. At the national level, his Libertad y Refundación (Libre) party won in 17 of the 18 departments in Honduras. In places like Cortés, in the north of the country, the difference even exceeded 40 points, obtaining 63.5% of the votes compared to 21% for Asfura, according to the provisional count. The wife of deposed president Mel Zelaya even won in traditionally blue regions like Lempira and Intibucá. The only department in the hands of the National Party was El Paraíso, where the mayor of Tegucigalpa achieved 43.6% compared to 41% for Castro. Also in the capital, Libre’s candidate, Jorge Aldana, clearly led the count against David Chávez.

In his victory speech, Xiomara Castro insisted on the idea that his victory closes the institutional crisis in which the country has lived since the 2009 coup. “12 years of tears and pain have been reversed with joy”, said. In her first words as “president-elect”, as she was presented, she dedicated the victory “to the martyrs who offered their lives so that the people could have freedom, democracy and justice,” she said in reference to the many times that her movement was repressed by soldiers and policemen. “God delays, but does not forget and today the people have done justice. We reverse authoritarianism ”, he affirmed.

Castro’s speech was that of a triumphant candidate who had managed to convince the countryside and the middle classes, tired of the scandalous corruption that ranges from the president to a large number of deputies. “Never again will power be abused in this country, because from this moment on, the people will be the eternal current in Honduras. We are going for a direct and participatory democracy, ”he said, referring to the Constituent Assembly with which he promises to re-found the country.

“I want to tell the Honduran people that all the promises that we make have the security and confidence that we are going to fulfill them, we are not going to rest a minute, we are going to give our soul, life and heart to be able to guarantee a different, just and equitable homeland. In her few feminist references, she assured that she will not fail “women” and that she will demand respect for them, “as well as what they most want: children and childhood,” as she said.