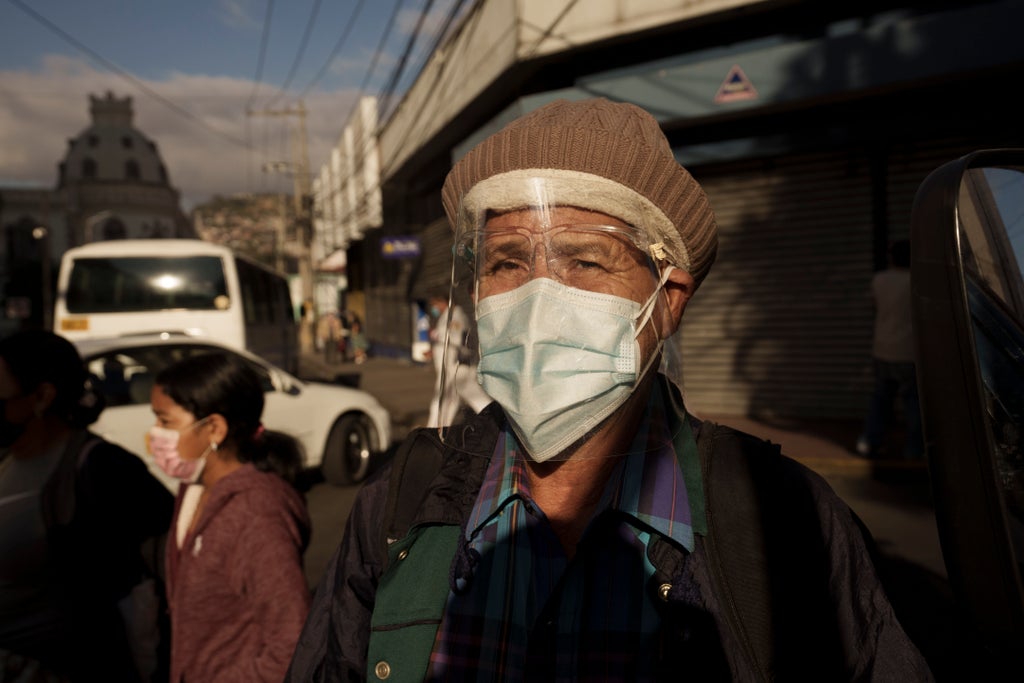 On the eve of their new president’s inauguration, Hondurans worried that a legislative crisis threatened to derail the government they’ve placed so much hope in before it even begins.

President-elect Xiomara Castro Honduras’ first female leader, is scheduled to be sworn in at midday Thursday, ending a dozen years of governments that oversaw expanding poverty and outward migration while being accused of corruption and ties to drug traffickers

Pressure has been growing to find a way out of a political impasse that resulted in two rival congressional leadership teams.

Seventy-two-year-old José Ricardo Garay traveled to the capital from his home in northwestern Honduras to witness his first inauguration, saying he was eager to see the exit of President Juan Orlando Hernández.

“That man bothers me,” he said as he ate a tortilla filled with beans in front of the Congress on Wednesday. Garay was also unsettled by the divided Congress — the two leadership teams held simultaneous but separate sessions Tuesday — and echoed Castro that the split “was a betrayal.”

Several newly elected lawmakers from Castro’s Liberty and Refoundation Party, known as Libre, defected Friday and elected their own congressional leader — Jorge Cálix. They rejected Castro’s choice of her, Luis Redondo, a selection rooted in the political alliance that helped her win the election in November.

Critics say that neither of the leadership teams was chosen or installed legally and Tiziano Breda, an analyst with the Crisis Group, said that a quick political solution was urgently needed.

“Politically you run the risk of provoking a legislative paralysis, where the initiatives approved by Cálix are vetoed by the president or not even considered, while Redondo’s team doesn’t have the necessary votes in Congress or lacks legality,” he said.

Breda feared the crisis could extend to a third branch of Honduran government if the dispute lands before the Supreme Court which is viewed as friendly to the outgoing National Party of Hernández and therefore distrusted by Hondurans who backed Castro.

The risk is that the continued uncertainty could determine badly needed international investments in Honduras, Breda said.

That international support will be critical to Castro’s ability to begin to right a country suffering from soaring unemployment and high rates of violence — just two of the factors that have driven Honduras to flee the country in recent years.

“At a social level, the resentment and exhaustion that drove the majority of Hondurans to vote for a change in November would be fed if they see the political class continues to be tangling up power struggles and individual interests instead of taking on the country’s urgent issues ,” Breda said. “This could translate to more social turbulence and growing migration.”

Helen Euceda, a 39-year-old doctor on her way to work, said it is critical that the new government focus its attention immediately on “the health and education of the people.”

“With (Castro) in government it is an opportunity for women, who are capable of taking on problems,” Euceda said. “It won’t be short term, but there is an opportunity to show the ability and gender inclusion.”