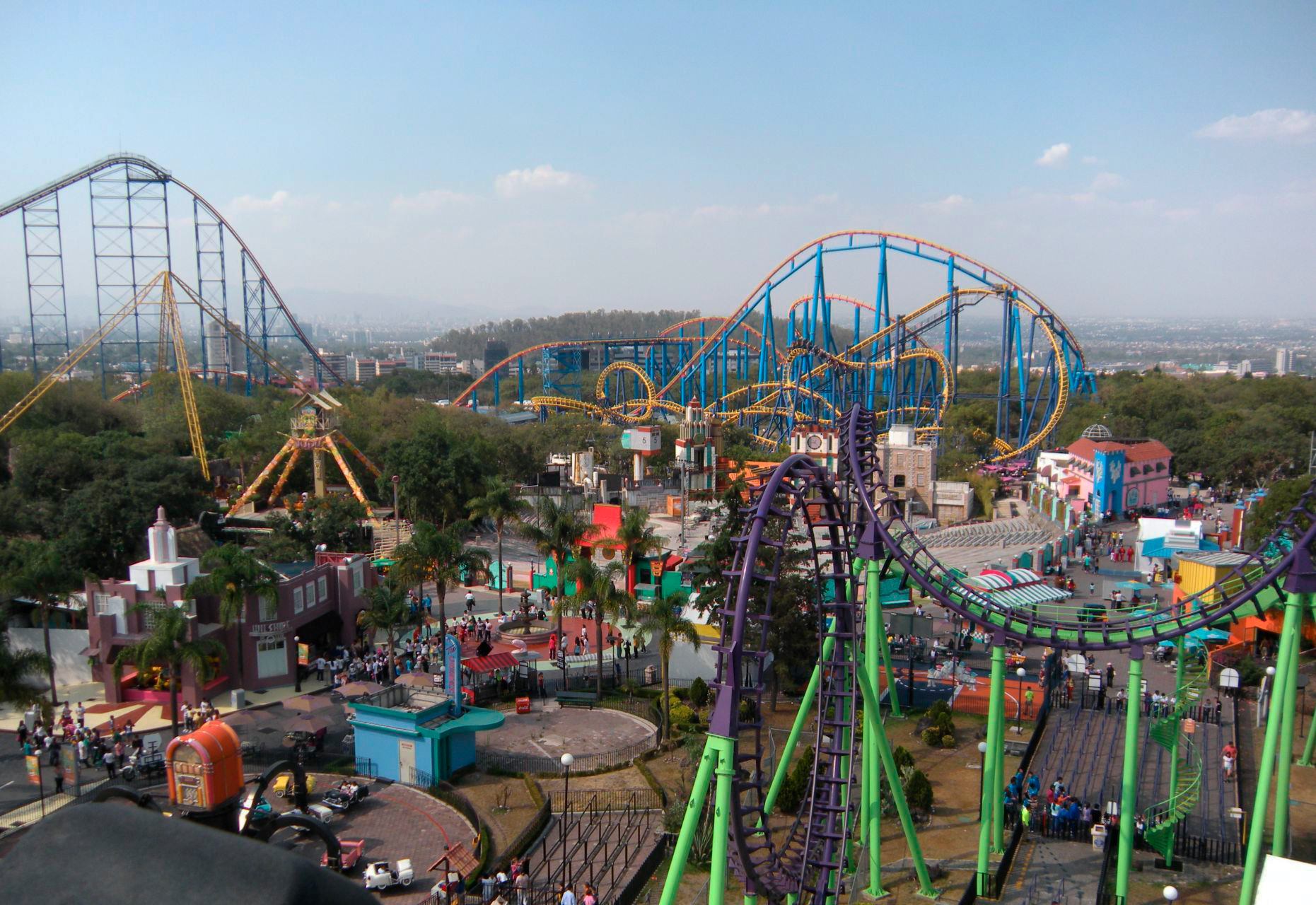 A male couple kiss while waiting in line to ride an attraction at Six Flags, Mexico City’s most famous amusement park. It is a Wednesday of Christmas holidays and the two have come to the place to spend the day with ten other friends, to celebrate the birthday of one of them. But the security guards understand that their kiss has broken the tranquility of the park. The adrenaline and excitement that your advertisers advertise does not apply in this case. The two boys get upset: they are not the only ones in line giving each other affection. The conflict escalates and a manager appears who introduces himself as the director, who argues that they are looking for a “family” environment in the room, that displays of affection are not accepted. Giovani Aranda, a friend of the young people, decides to report the event on Twitter as an episode of discrimination. A day later, the incident is already viral, and with it the already hot debate about homophobia in Mexican public spaces has been fueled.

“We started to see the security people pointing at us. They told us that we had to get out of line because we were violating the mask policies when there were a thousand people without it, ”Aranda, 33, explains by phone. “The guard, who was very rude and haughty, told us that they were kissing in line and that it was forbidden. My friends replied that a lot of people were kissing and said ‘yes, but I identified you,’ ”he continues. They got angry and demanded to speak to the security manager, who never came. Instead, a man arrived who identified himself to them as the director of the park. “We asked him how many heterosexual people get caught for kissing and he said none.”

A few minutes ago, in @SixFlagsMexico they discriminated against my friends for kissing, the argument was that the park is a “family environment” and that gay kisses are against that. 🤨 (I open thread with more evidence)

The director assured that no displays of affection were allowed, but the friends immediately looked at the code of conduct and found that there were no rules about it. The only thing that appeared was a section in which “improper acts that affect morality” were prohibited. “He told us that this affected morale,” says Aranda. In a video released by the young man on his Twitter profile, the man who identifies himself as the park director is seen assuring that “other aspects of course are tolerated, but the issue of kissing in public not because other people feel transferred” .

“In the videos you can see that he is committing an act of discrimination”, Aranda considers. “Then he put two policemen on me and I couldn’t record any more, that was worse, as if we had robbed the store.” The manager, who acknowledged that the problem had not to do with the mask, continued arguing that Six Flags was a family environment. “I told him that my partner and I are married, we are a family, it is not only a matter of men and women. The police also told us that it was an immoral act and that not all people like it. ” At one point in the conversation, according to Aranda’s account, the director assured them that it was fortunate that they had not been thrown out of the park. Finally, to calm things down, he offered the affected couple to ride the ride from which they had been expelled.

The friends stayed a while longer, but the afternoon was already broken. “We felt very humiliated. They [la pareja] they felt so bad that they didn’t want to do anything, they wanted to go home, they didn’t even want to publish it. ” Far from being an exceptional case, Aranda affirms that it happens frequently. That when she walks with her husband hand in hand through Colonia Roma, where they live, shouting and harassment are common. “I try not to go hand in hand with him. We are all very reserved, and still it happens to us. It is incredible to think what other people go through who have more expression of their identity ”.

The data prove them right. According to the Survey on Discrimination on the Grounds of Sexual Orientation and Gender Identity, 60% of those surveyed claimed to have felt discriminated against in the last year. Most same-sex couples say that they hardly show affection in public, and only 0.4% stated that they have never suffered expressions of hatred, physical attacks or harassment. 75% of LGTBIQ students have had to endure verbal harassment and insults at school and 66% of transgender students have suffered bullying, according to a UNESCO report. And since 2014 alone there have been 380 hate crimes based on sexual orientation, according to the National Observatory of hate crimes against LGBT people.

At the time of publication of this news, Six Flags has not made a public statement or answered the questions of this newspaper. It is not the first time that the amusement park, which belongs to an American chain with subsidiaries also in Canada and China, has been involved in a controversy like this. In 2013, the conglomerate was forced to apologize to Carlos Omar Uribe Guzmán, a young man with Down Syndrome who was denied access to several attractions. For a time, I also rejected people who showed tattoos. In the United States, he has starred in several scandals for expelling women based on the clothes they wore. In the latter case, the LGTBIQ community has had enough and in response it has organized a protest at four in the afternoon this Thursday in which homosexual couples will kiss at the gates of the enclosure.

“What happened yesterday is totally common,” he protests. Alain Pinzón, activist and symbol in the fight against HIV in Mexico. “They are normalized actions based on the phobias that people have socially. They consider that it is not right for us to give each other affection in public, that we go holding hands, that we paint our nails or our hair … There are a lot of things that they try to normalize in our lives and since we do not follow their standards, violence comes ”. “Companies like Six Flags use us as a marketing button when Pride arrives, they remain as an inclusive company in the public light, but the actions that we saw yesterday are totally its structure, where its business is based. There can be a lot of heterosexual couples kissing and nobody says anything, but two homosexuals should not think of kissing because then the director of the park comes to say that they are immoral acts, “he denounces.

The actor Tito Vasconcelos, who at 70 years of age has been fighting for the rights of the LGTBIQ community all his life, is also critical of the incidents: “They make us see that we still need to educate people. It is used as a pretext that the children watch instead of explaining that two men kiss because they love each other. They are not going to become homosexual to see two men kissing, if that were the case we would all be heterosexual because that is what they have sold us for centuries ”.