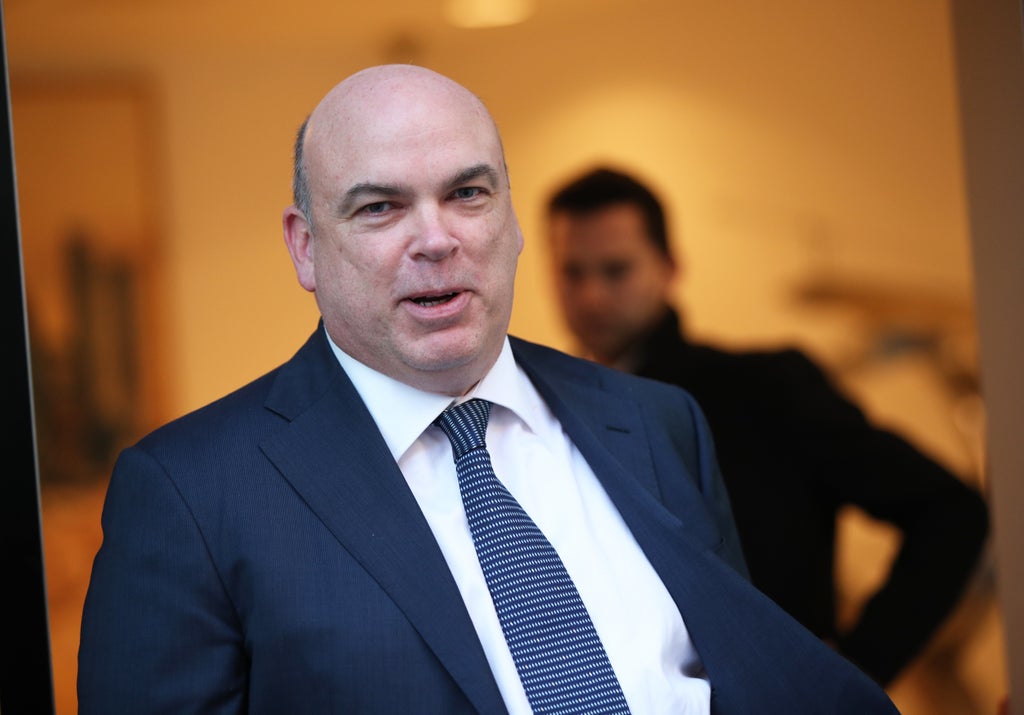 Home Secretary Priti Patel has approved the extradition of a British technology tycoon to the United States to answer criminal fraud charges.

It comes after Dr Mike Lynch on Friday lost a multibillion-dollar fraud action over the sale of his software company Autonomy to Hewlett Packard (HP) in 2011.

He is accused of deliberately overstating the value of his business before it was acquired by the American technology giant.

Announcing his decision on the case at the High Court in London on Friday, Mr Justice Hildyard said HP had “substantially succeeded” in its various claims against the two men – but is likely to receive “substantially less” than the amount claimed in damages.

Dr Lynch has denied all charges against him and has signaled he intends to appeal against the High Court judge’s decision.

That decision coincided with a deadline for the Home Secretary to decide whether Dr Lynch should be extradited to the US.

A Home Office spokesperson said: “Under the Extradition Act 2003, the Secretary of State must sign an extradition order if there are no grounds to prohibit the order being made. Extradition requests are only sent to the Home Secretary once a judge decides it can proceed after considering various aspects of the case.

“On January 28, following consideration by the courts, the extradition of Dr Michael Lynch to the US was ordered.”

On Wednesday, Ms Patel was given until midnight on Friday to decide on his extradition after a High Court judge ruled against Dr Lynch’s legal challenge over a previously set deadline.

US authorities claim Dr Lynch deliberately overstated the value of his business, which specialized in software to sort through large data sets.

“We will study the full judgment over the coming weeks. We note the judge’s concerns about the reliability of some of HP’s witnesses.

“We also note the judge’s expectation that any loss suffered by HP will be substantially less than the five billion dollars (£3.8 billion) claimed.”

Mr Justice Hildyard delivered a summary of his conclusions in the case on Friday, more than two years after the start of what was believed to be the UK’s biggest civil fraud trial – which was heard over nine months in 2019.

He said Dr Lynch and Mr Hussain gave a “misleading picture” of the business, including by “reselling” hardware in order to enable Autonomy to cover shortfalls in software revenue.

The judge said: “The purpose of the hardware selling strategy was to meet market expectations of revenue maintenance and growth, by misleading the market as to the true market position of Autonomy.

“These loss-making transactions were not commercially justified on any basis.

“The justifications advanced by the defendants were no more than pretexts to increase stated revenue in the accounts.

“The strategy was not for the purpose of raising software revenue sales. That justification was a pretence, fashioned mainly by the audit committee and Deloitte, who would not have approved the accounting treatment without the pretence.

“This would have exposed that Autonomy’s software business was not generating the accelerating revenue and profits which the market thought it was, and which heavily influenced its price.”

The judge said Autonomy was founded in 1996 out of a company called Cambridge Neurodynamics, an early venture into using “machine learning” to develop software techniques which Dr Lynch had explored in his PhD thesis at Cambridge University.

His full judgment in the case is expected to be published at a later date but remains embargoed until then.

During the civil trial in 2019, HP said the write-down of Autonomy’s value was because it had found “serious accounting improprieties”.

Laurence Rabinowitz QC, representing HP, said Dr Lynch and Mr Hussain had knowingly caused Autonomy to “engage in a program of widespread and systematic fraudulent” accounting practices ahead of the sale.

He said Autonomy had been “meeting its revenue and revenue growth targets by simply buying and selling third-party hardware, without any connection to Autonomy software”.

Mr Rabinowitz added the firm also used “a variety of other fraudulent devices” to either accelerate revenue or to invent revenue that never existed in the first place.

The two men denied the claims and Dr Lynch launched a counter-claim for at least 125 million US dollars (£95 million) in damages against HP for “a series of false, misleading and unfair public statements” about his alleged responsibility for supposed accounting irregularities and misrepresentations at Autonomy.

He accused HP of “making a series of far-fetched allegations of fraud and scapegoating”, arguing it had “destroyed one of the most successful and promising software companies of its time due to management incompetence, politics and infighting”.

Dr Lynch, from Suffolk, argued the technology giant was trying to make him “a scapegoat for their failures”.

Mr Hussain was convicted in April 2018 in the US of wire fraud and other crimes related to Autonomy’s sale and was sentenced to five years in prison.

In the separate criminal proceedings in the US, Dr Lynch faces charges of securities fraud, wire fraud and conspiracy in a federal court over the sale of Autonomy.