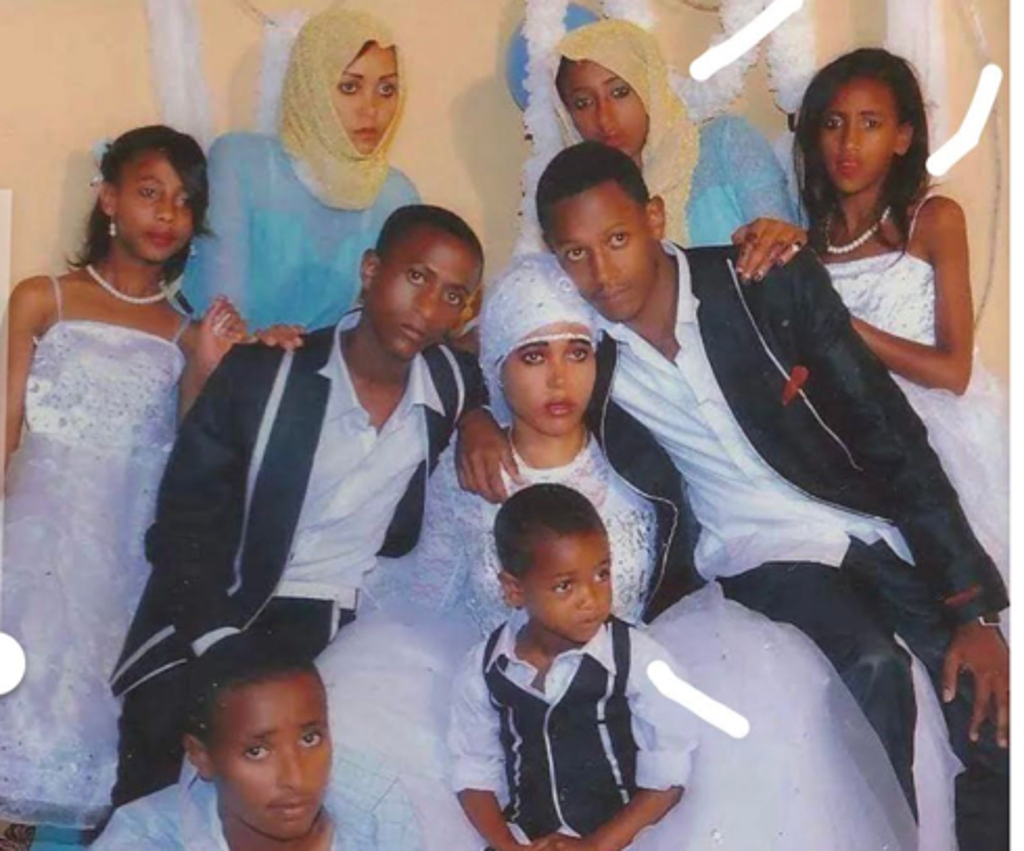 Yasmin Jamal hasn’t slept properly in three weeks. Every time she starts to dose off, the faces of four children come to mind and fill her with worry. They are the faces of her younger siblings of ella-Hayat, 16, Hanan, 12, Keyrat, 11, and Akmel, nine. She wants nothing more than for them to be with her where she knows they will be safe – but instead they are stuck thousands of miles away in another continent.

The Ethiopian national was imprisoned without trial as a teenager after taking part in anti-government demonstrations. During her detention of her, soldiers gang raped and physically abused her. She was released after a family member paid a bribe, and immediately fled the country.

The then 17-year-old wound up in Calais and was one of several hundred children transferred to the UK under the Dubs scheme when the notorious ‘Jungle’ camp was demolished. Six years later, she is settled in London.

But her four younger siblings are suffering. Their mother died several years ago and the children were cared for by Yasmin’s father until April 2021, when he too passed away. With no relatives to care for them, a family friend agreed to take the children in.

Yasmin says the man entrusted with caring for the children has prevented them from continuing their education and forced them into domestic labour, as well as denying them food and at times physically abusing them. She says he has sexually abused her 16-year old sister Hayat.

“I talk to [my sister] at night to help her forget that feeling. I am so worried. The man said to them, if you go to the police I will kill you,” says Yasmin.

She and two of her younger siblings have already undergone female genital mutilation (FGM) and Keyrat, 11, is at imminent risk of being subjected to this practice. As orphans, Yasmin’s three sisters are also at heightened risk of forced marriage, a practice that has been worryingly increasing in Ethiopia since the start of the Covid-19 pandemic.

Hayat explains from Ethiopia: “We are really suffering now. We see other children of the same age and they have their parents and they can get what they want, but we cannot. Yasmin is the only person who can care for us.

“My younger siblings always cry and they want to go back to school so much. I am desperate to resume my studies too, and the only place where we can go back into education and build a future is in the UK with Yasmin.”

Yasmin, who is currently studying to become a hair and make-up artist, applied for her siblings to come to the UK under refugee family reunion provisions, which purport to provide a safe and legal route to bring families together, in October 2021. She gathered a significant amount of evidence to support the application – but it was refused last month.

The Home Office said the claims of the dangers facing the siblings were “unsubstantiated” and that, even if they were facing these risks, it was considered the state “can offer a level of protection if so required” and that organizations and services in Ethiopia “may be able to assist or offer further advice on [their] claimed situation”.

But Yasmin disputes this, saying the police in Ethiopia were “not the same as in the UK” and that even if they were able to help, the man had told her siblings he would “kill them if they told anyone about the situation”.

“I feel so helpless. Every day I’m just waiting for them to tell me what has happened to them. I’m so worried,” she says.

The Home Office refusal letter goes on to state: “There is no provision within our immigration rules for someone to be allowed to travel to the UK to seek status or temporary sanctuary. Whilst we sympathize with people in difficult situations, we are not bound to consider status claims from the very large numbers of people overseas who might like to come here.”

Following a considerable rise in small boat Channel crossings in recent years, home secretary Priti Patel has repeatedly claimed that people need not take this route to seek sanctuary in the UK because they can use “safe and legal routes”.

Nick Beales, head of campaigning at the Refugee and Migrant Forum of Essex and London (Ramfel), who supported Yasmin with her Home Office application, said it was “telling” that when a vulnerable family such as this attempt to do so, they are told that no such routes exist for them.

“This is compounded by the government referring them to resettlement schemes that are either clearly not applicable or are no longer even operational,” he added.

“The situation Yasmin’s siblings find themselves in is increasingly desperate, and the government does not dispute their vulnerability. Despite this, the independent expert evidence viewed and the fact that their family member and de facto carer is ready to receive them in the UK, the government has shown itself unwilling to provide them protection.”

A Home Office spokesperson said it did not comment on individual cases, but added: “More than 39,000 family reunion visas have been granted since 2015 under our refugee family reunion policy, with over half issued to children.

“Our New Plan for Immigration will fix the broken asylum system so that it is fair but firm, helping those in genuine need through safe and legal routes while stopping those who abuse the system. Family reunion will continue to play an important part of our immigration system.”