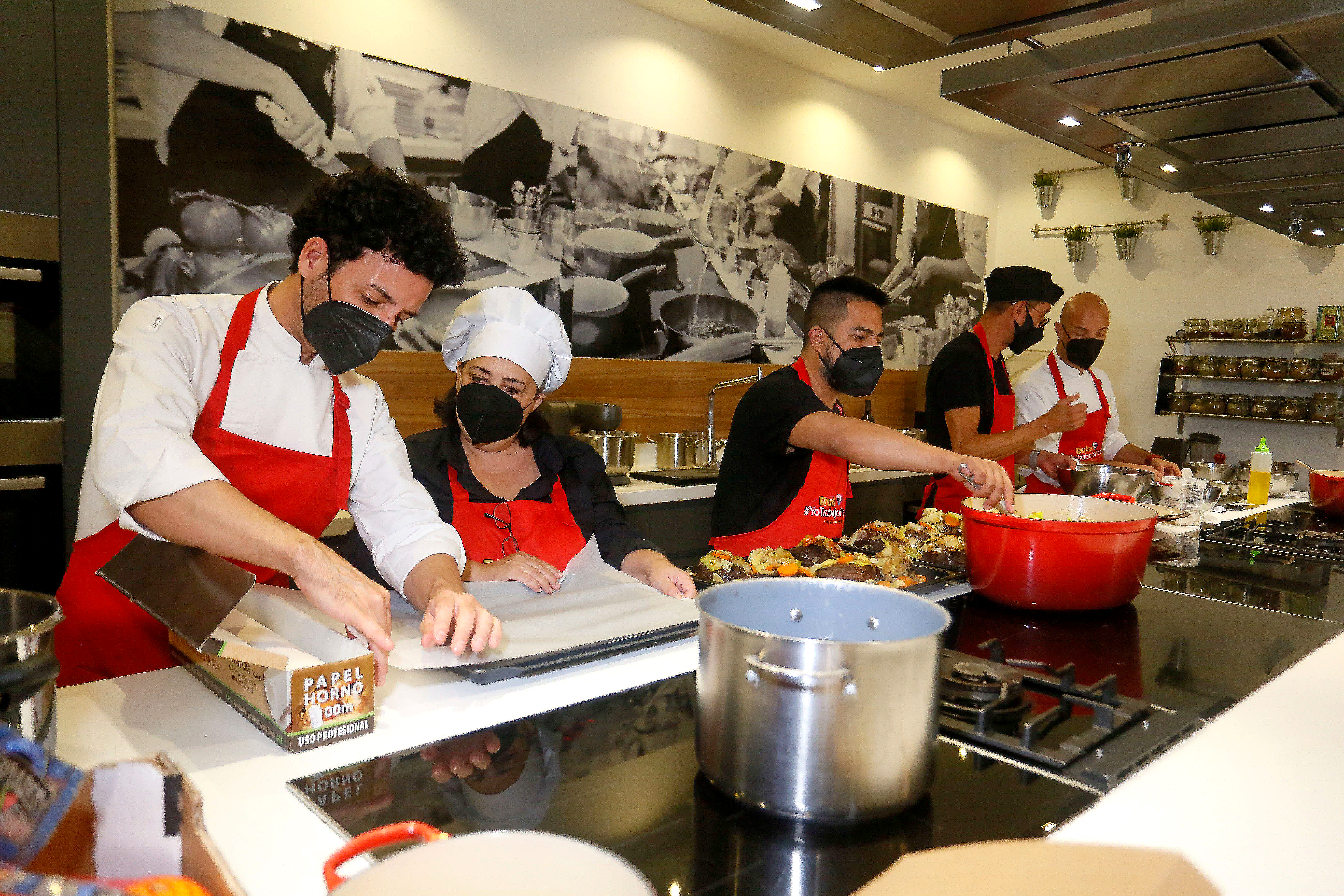 María José Gay got off drugs, left prostitution, went from being “a human dispossession” to becoming a “valid person”, had children and got a job as a waitress in a five-star hotel in Valencia. When they offered a free place in the kitchen, she spoke with the human resources staff to apply for it and return to her true profession, as a cook. “You, with HIV, where are you going to go?” Was the response of his boss.

The hotel industry continues to be one of the great labor taboos for people living with HIV, according to the NGO Trabajando en Positivo. What has been gradually overcome in other social spheres persists in an area that some do not see as compatible with the virus. Knives, blood, food manipulation are a cocktail that some leaders in the sector see threatening. Like almost all the stigma associated with HIV since it was discovered 40 years ago, this conception responds to ignorance.

Stigma and discrimination are “the main obstacle to eliminating HIV”, in the words of Hans Kluge, regional director of the World Health Organization (WHO) in Europe. In an interview with EL PAÍS published on November 9, he assured that the WHO will work together with the Spanish Ministry of Health on an “important” political document to reduce them during the current presidency of Spain in the EU, in 2023.

“There are still many people who do not know that, if you are undetectable, you are not transmissible,” laments Rafael Chacón, a Venezuelan living in Valencia who has been living with HIV for more than 35 years. Although there is no cure that will eliminate the virus from the body, the increasingly advanced antiretrovirals manage to keep it at bay: not only does it go from being a fatal disease to a chronic one, but the virus levels are so low in the blood that it is not can transmit. There are many studies that have shown this over the last few years.

Chacón now makes his status public for the first time, but has never said it in his work environment. “Many doors would be closed to me. I’ve been working as a kitchen boy for years and I’ve heard a lot of things. As if there were no sanitary measures when handling food. If someone cuts themselves and blood gets on the food, they have to be thrown away, but whether they have HIV or not! ”He exclaims.

María José Asencio, 55, experienced this discrimination with her own family. “I was in my father’s cafeteria making sandwiches when they detected the virus. And it was my own sisters who rejected me. They said that either I was going or they were going, ”he says. Now he is unemployed and is “very afraid” of going back to a kitchen. “I wish I didn’t have to lie at work. I often have to go to the doctor and I would like to say so, and not hide why. I am who I am, but I know that this is not accepted everywhere, ”he laments.

“Prejudice is even held by many carriers”

There are no data on discrimination against HIV-positive people in the hospitality industry. The rejection and concealment of the disease for fear of reprisals are hidden and only shown to the people who suffer from it. Julio Gómez, president of Trabajando en Positivo, explains that his organization has now launched a campaign precisely to try to make this problem visible. “Prejudice is even found by many HIV carriers, who believe that they have to leave their jobs when they are diagnosed. Also on the part of the Administration: we found, for example, that the Valencia Center for the Assessment and Orientation of Disabilities said that a person with HIV could not work in food handling, when this is not the case. No national or European regulations establish this. And organizations like the Centers for Disease Control in the United States say very clearly that the virus cannot be spread through food, “he says.

See also  4 July 2022: The US has nothing to celebrate this Independence Day

The NGO conducted a survey last year on equal treatment and opportunities for people with HIV in business through companies with which they collaborate. 18% of those surveyed answered that they would feel between something and very uncomfortable in a bar or restaurant where someone with HIV works. “This occurs in highly educated environments and a business culture that is very sensitive to this issue, where they try to raise awareness of this reality, which makes us think that the figures would be even worse outside,” says Gómez.

In this same survey, the refusal to buy in a store with HIV-positive workers drops to 11%. The situation has improved over the years: in 2013 this percentage was 38%. In the latest survey, there are only two settings where the presence of people with HIV generates more rejection than the hospitality industry: health centers (24%) and the school of the children of the respondents (25%).

The stigma that HIV continues to cause left chef Raül Balam Ruscalleda “speechless” when Trabajando en Positivo went to ask for help for his cause. “I was not aware of this situation and the truth is that I am a bit ashamed of it. But in my restaurant [con dos estrellas Michelin] It would not occur to us to ask someone if they have HIV or not when hiring them ”, he says. “I guess the fear comes from the knives. But this shouldn’t be of more concern [en personas seropositivas]. If someone cuts himself, whoever he is, everyone stops, we calm down, we see the severity of the cut, we disinfect the area and continue working ”, he adds.

María José Gay has already given up working in the kitchen, although not only because of the virus, but because of the many health problems it has caused. What is clear to him is that some rejections he has suffered over the years in the kitchen have to do with his serological status: “When you go to look for a job, the first thing on my disability certificate is that I have HIV and from They no longer caught me there ”.