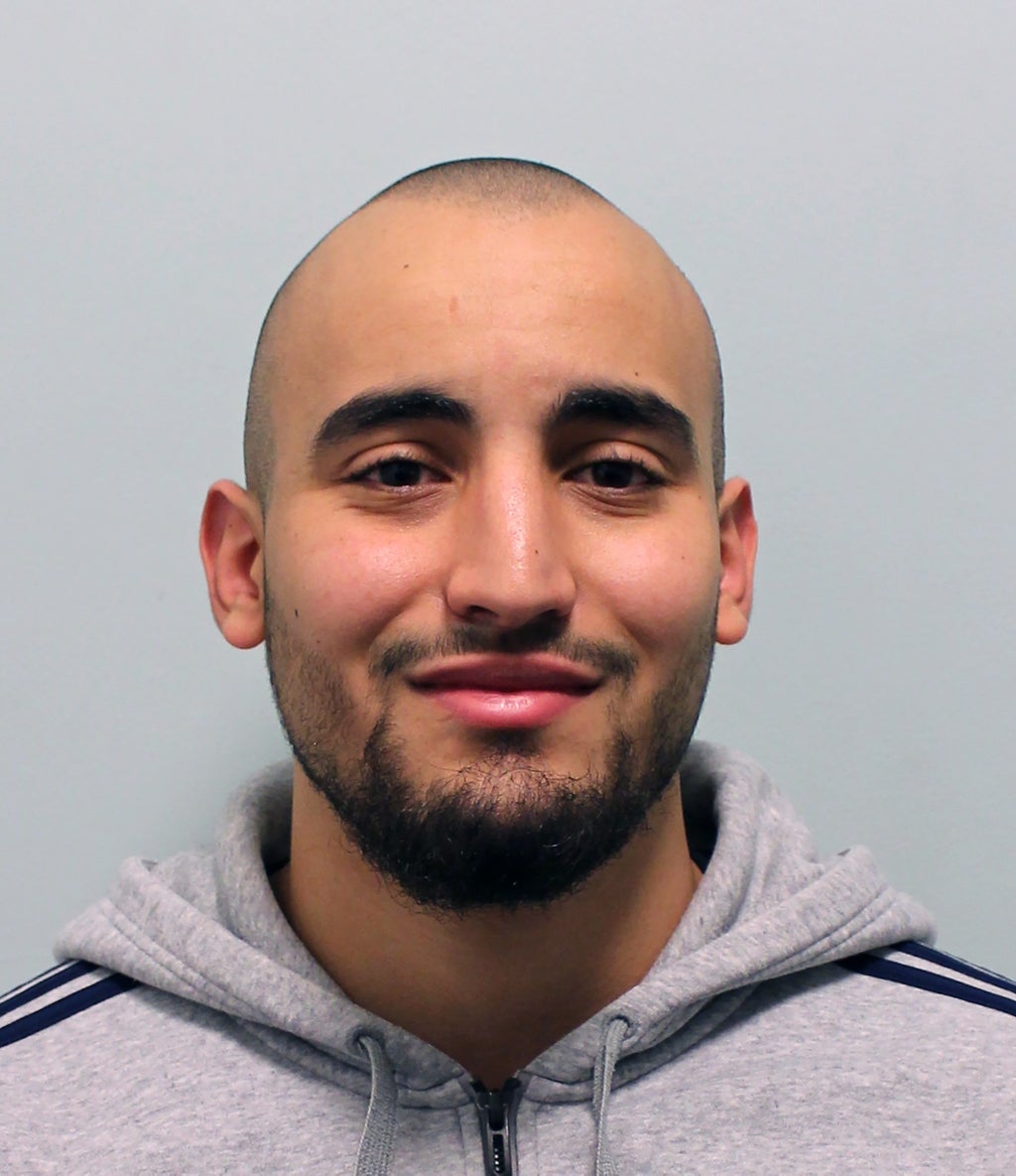 A hitman who shot dead a father outside his family home in a drug gang war has been jailed for life with a minimum term of 35 years.

Anis Hemissi, 24, was part of a team of four killers hired to assassinate Flamur Beqiri in an “organized hit”. He was jailed for life on Friday at Southwark Crown Court after being found guilty of murder and possession of a firearm.

Hemissi, a Swedish-Tunisian national, was found to have worn various disguises – including one as a litter picker – to carry out surveillance of his target, 36-year-old Beqiri, in the days leading up to the murder on Christmas Eve 2019 .

He rode a ladies’ bike and wore a latex mask before shooting Beqiri eight times from behind. However, CCTV footage allowed detectives to trace Hemissi on foot, and then by bicycle, to a flat he had rented in Oyster Wharf.

Fellow Swedish national Estevan Pino-Munizaga, 35, was acquitted of murder but found guilty of an alternative charge of manslaughter and was jailed for 15 years. He had traveled to London for around 14 hours in November 2019 to rent the flat where Hemissi stayed, visit Beqiri’s house nearby and buy the bike.

Clifford Rollox, 31, from Islington, north London, and Dutch national Claude Isaac Castor, 31, from Sint Maarten in the Caribbean, were each jailed for three years after being found guilty of perverting the course of justice. The pair were hired locally to clean up and remove evidence, including the gun used to carry out the attack.

Beqiri was murdered on the doorstep of his £1.7m house in Battersea, southwest London, in front of his screaming wife while she shielded their two-year-old son.

The 36-year-old, who is the brother of The Real Housewives Of Cheshire star Misse Beqiri, was a kingpin in an international drugs gang and was targeted as part of a feud with a rival organized crime group.

Sentencing Hemissi, Mrs Justice Cheema-Grubb said that despite Beqiri, a Swedish citizen with Albanian origins, being involved in international drug dealing “he was also a son, a partner and a father”.

She called Hemissi “a gun for hire”, adding: “This was international crime at its most brutal.

“You carried out an audacious execution intended to induce terror in southwest London in those associated with Flamur Beqiri.

“But not only in this city. The impact was felt thousands of thousands away because its origin is in the battle between callous gangs who disregard borders to commit crime, including targeted killings.”

During the trial prosecutor, Louise Attrill, said the murder was part of a “a tit-for-tat rivalry between two very significant organized crime groups”.

Beqiri and his close friend Naief Adawi, 37, were both part of a Swedish drugs gang run by Daniel Petrovski, 28, who was jailed for five years last June for an aggravated drugs offence.

They were locked in a bitter feud with a rival group headed by Amir Mekky, 24, who was also involved in large-scale trafficking of cocaine and cannabis and arrested in Dubai in June 2020.

Hemissi, who flew into London on 20 December 2019 and left the country to go to Copenhagen, Denmark, in the early hours of Christmas Day, was arrested on his return following a holiday in Thailand. He was then extradited back to the UK to stand trial for Beqiri’s murder.