Skip to content
Home News Hijab: Feeling free (or not) within the veil | Migrated | Future Planet 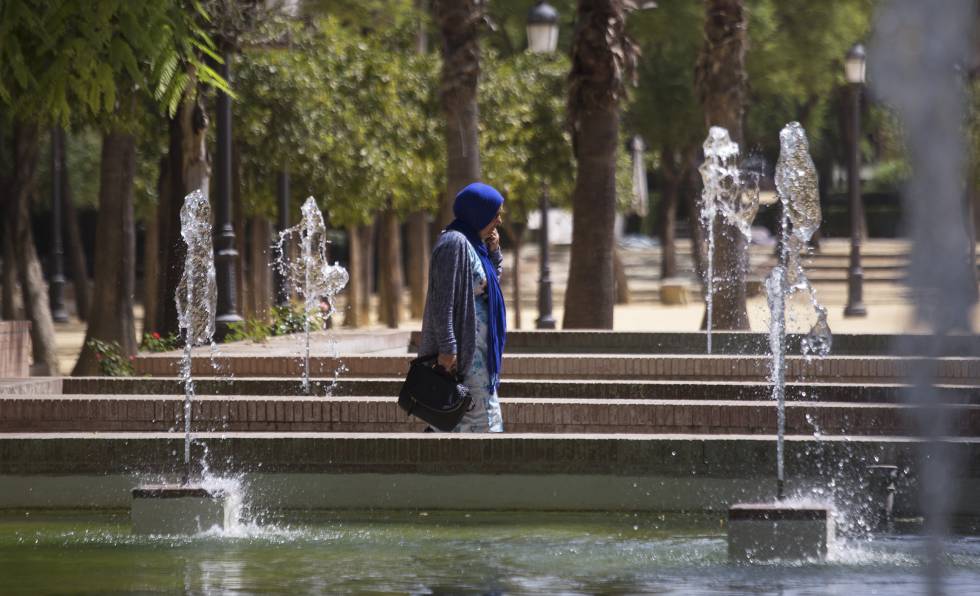 The most recent controversy over the hijab, the headscarf worn by Muslim women, erupted at the end of October 2021. Ironically, the trigger was a campaign against discrimination launched by the Council of Europe, which published a brief on its social networks video composed of a series of images divided in half. One side shows a veiled woman and the other the same woman without covering her head. At the end of the video, the text reads: “Beauty is in diversity, in the same way that freedom is in the hijab.” Lastly, the #celebratediversity and #JOYinHIJAB tags are displayed.

This initiative caused a stir in France, where the Government spokesman Gabriel Attal was quoted in the Financial Times indicating that “religious freedom should not be confused with the de facto promotion of a religious symbol.” Attal described the use of the hijab as an “identity” position that is “contrary to the freedom of conscience that France supports.” The French Minister of Youth and Sports, Sarah El Haïry, spoke out strongly against the video, calling the Council’s decision to withdraw it from circulation as meritorious. Right-wing politicians such as Marine le Pen and Michel Barnier, as well as leading experts who provide comments on television, added their voices to the criticism of the campaign.

France is not the only European country that restricts the hijab. The influx of Muslim immigrants to Europe and the threat of violent Islamist groups have made Muslim communities a target of hostility and discrimination, and the veil has become a visual symbol of these tensions. Of the 27 EU Member States and the UK, nine have some legal restriction on wearing headscarves; there have been legislative proposals to limit the practice in five other states. In countries without national restrictions, some regions have independently decided to ban face coverings. There are only six EU countries (Croatia, Cyprus, Greece, Poland, Portugal and Romania) in which there has been, so far, no public debate on the bandanna restriction.

Supporters of restrictive measures represent a wide range of perspectives. Many liberal politicians, staunch believers in the secular state, regard religion as a private matter to be kept out of sight. Some feminists see the headscarf as a symbol of patriarchal or religious oppression of women. But the most vociferous supporters of the bans have been right-wing populist politicians who find it very convenient to hide their xenophobia behind arguments that have broader ideological appeal.

Amid all the big talk, little attention is paid to the views of Muslim women. Sociologists have long predicted that modernization will bring with it a decrease in religiosity and hence the use of religious symbols such as the hijab. This prediction has been borne out in both Christian and Muslim societies, and as modernization increases, the frequency with which women wear veils tends to decline.

But there is a crucially important nuance in the interplay between previous levels of religiosity and modernization. For example, among highly religious Muslim worshipers, the likelihood of wearing the hijab increases with the participation of such women in modern social life, especially if they are young, educated and single. This appears to be true not only in predominantly Muslim countries, but also where they are a minority, such as Belgium. The more those who identify as deeply religious relate to native Belgians, the more likely they are to wear the hijab; a trend that is also observed in countries like Indonesia, where the number of women wearing headscarves is increasing, along with prosperity.

Studies show that the majority of women who do not use the headscarf act this way because of the pressure they receive from their families or communities. In fact, the practice is more widespread among highly religious women who, due to their employment status, education, income, and political participation, should be relatively better equipped to resist family coercion.

Wearing it does not seem to be only an expression of religiosity, but also a strategic decision. Religious women seem to wear it to reconcile their life outside the home with the social norms of their communities. Adopting the hijab guarantees their communities that their participation in the “riskiest” secular lives away from their homes should not be construed as an opportunity to engage in behavior contrary to their religious norms. The hijab, then, is a sign of the resilience of truly religious women’s devotion in the face of the dangers modernization could pose to their reputations.

This understanding of the veil has implications for cultural politics. In Europe, this could be a symbol not of segregation, but of integration of Muslims into society. As highly religious Muslim women make more non-Muslim friends and move to neighborhoods where they are the minority, they may choose to wear the hijab as a means of safeguarding their image in society as devout religious in the face of modernity. Banning some forms of veiling would deprive them of choosing an option that allows them more freedom, not less freedom.

If its use were prohibited, a woman who wants to send signals about her religiosity and her decision to comply with the norms of her own community would be forced to look for alternatives that could be as cumbersome as staying at home. And presumably that’s not an outcome that many proponents of the ban want. Not everything that lies behind the veil is to be feared. The slogan of the Council of Europe, perhaps surprisingly, is not far from the truth. Certainly, there is more “hijab freedom” than there would be if it were banned.