Skip to content
Home News Highland Park shooting: Everything we know about gunfire at July 4 parade in Illinois 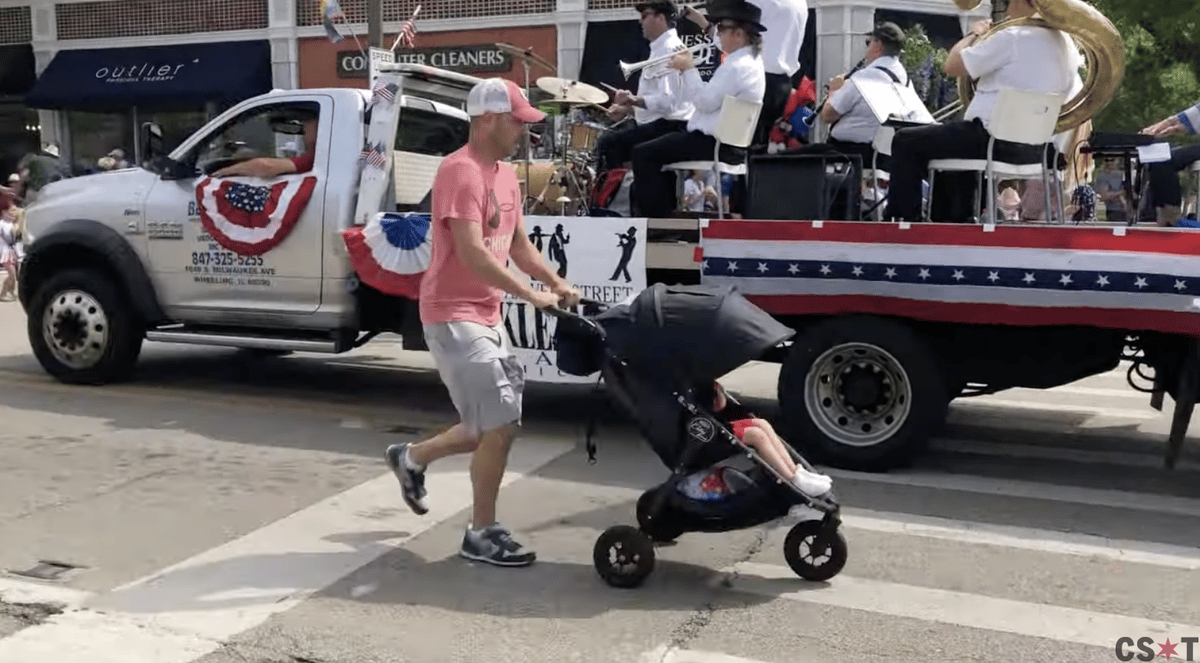 Six people were killed and 24 injured after gunfire erupted at a July 4th parade in the Chicago suburb of Highland Park, according to local reports.

Witnesses reported hearing up to 25 shots fired just after 10am CDT on Monday, which struck several in attendance and sent hundreds of parade-goers — some visibly bloodied — running from the parade route, leaving behind chairs, baby strollers and blankets.

The Chicago Sun-Times reported that blankets had been placed over “three bloodied bodies” and up to five others had been wounded in the shooting. The city later confirmed six deaths and two dozen people had been wounded.

Law enforcement were warning people to avoid Highland Park and it was being treated as an active shooter situation.

What we know about the shooting so far

Sgt. Christopher Covelli, from the Lake County Major Crime Task Force, told a news conference just before 1pm CTD that the shooter appeared to have taken up a sniper position on the rooftop.

They recovered a high-powered rifle from the scene, but still considered the suspect to be armed and dangerous, police said.

The conditions of the injured ranged from serious to critical, Mr Covelli added.

“Very random, very intentional… a very sad day,” Mr Covelli said during a later update, adding the suspect could still be in the city or could have fled the area.

Residents have been urged to shelter in place.

Witnesses told WGN that a suspect began firing from the roof of an Uncle Dan’s retail store into the parade below about 10 minutes after the parade started.

The shooting happened “in the area of ​​the Independence Day parade route,” the Lake County Sheriff’s Office said in a statement posted shortly after 11 am CDT.

“Everybody disperse, please. It is not safe to be here,” policer told parade-goers.

The Lake County Sheriff’s Office said on Twitter that it is assisting Highland Park Police “with a shooting in the area of ​​the Independence Day parade route.”

Eyewitnesses tell of running for their lives

Gina Troiani and her son were lined up with his daycare class ready to walk onto the parade route when she heard a loud sound that she believed were fireworks — until hearing people yell about a shooter.

“We just start running in the opposite direction,” she said.

Her five-year-old son was riding his bike decorated with red and blue curled ribbons. He and other children in the group held small American flags. The city said on it’s website that the festivities were to include a children’s bike and pet parade.

Ms Troiani said she pushed her son’s bike, running through the neighborhood to get back to their car.

In a video that Troiani shot on her phone, some of the kids are visibly startled at the loud noise and then scramble to the side of the road as a siren wails nearby.

It was just sort of chaos,” she said. “There were people who got separated from their families, looking for them. Others just dropped their wagons, grabbed their kids and started running.”

Debbie Glickman, a Highland Park resident, said she was on a parade float with coworkers and the group was preparing to turn onto the main route when she saw people running from the area.

She didn’t hear any noises or see anyone who appeared to be injured.

Highland Park Mayor Nancy Rotering said the shooting has “terrorized” the city of 30,000.

“Our hearts go out to the families of the victims during this devastating time. On a day that we came together to celebrate community and freedom, we’re instead mourning the tragic loss of life and struggling with the terror that was brought upon us,” Ms Rotering said.

She asked everyone in the area to remain calm, and on “high alert”.

“Please contact your loved ones and ensure that they’re safe and let them know that you’re safe as well. This situation, as you know, is rapidly evolving and we will continue to update you as we gain information and stabilize the situation,” Ms Rotering said.

City leaders said on Twitter all Fourth of July parades had been canceled and asked residents to avoid the downtown area. Beaches in the area have also been closed.

A perimeter was put in place around downtown Highland Park as authorities tried to locate the shooter.

It was the 308th mass shooting so far in the United States in 2022, according to the Gun Violence Archive.

What we know about the shooter

They recovered a rifle from the scene, but still considered the suspect to be armed and dangerous.

In November 2021, six people were killed and 62 others were injured when a driver broke through barricades and into the path of a Christmas Parade in Waukesha, Wisconsin, about 75 miles north of Highland Park.

As happened in Highland Park, strollers and chairs were left strewn along the main street after the attack.

Darrell Edward Brooks has been charged with six counts of first-degree intentional homicide and dozens of other offenses.

He had been out on bond after being accused of running over a woman a few weeks earlier.

Where is Highland Park?

Situated about 25 miles north of downtown Chicago, Highland Park is an affluent suburban city in Illinois on the southwestern edge of Lake Michigan.

Several members of the famous Chicago Bulls NBA team of the 1990s lived in the area, including Michael Jordan, Scottie Pippen and Toni Kukoc.

Associated Press contributed to this report