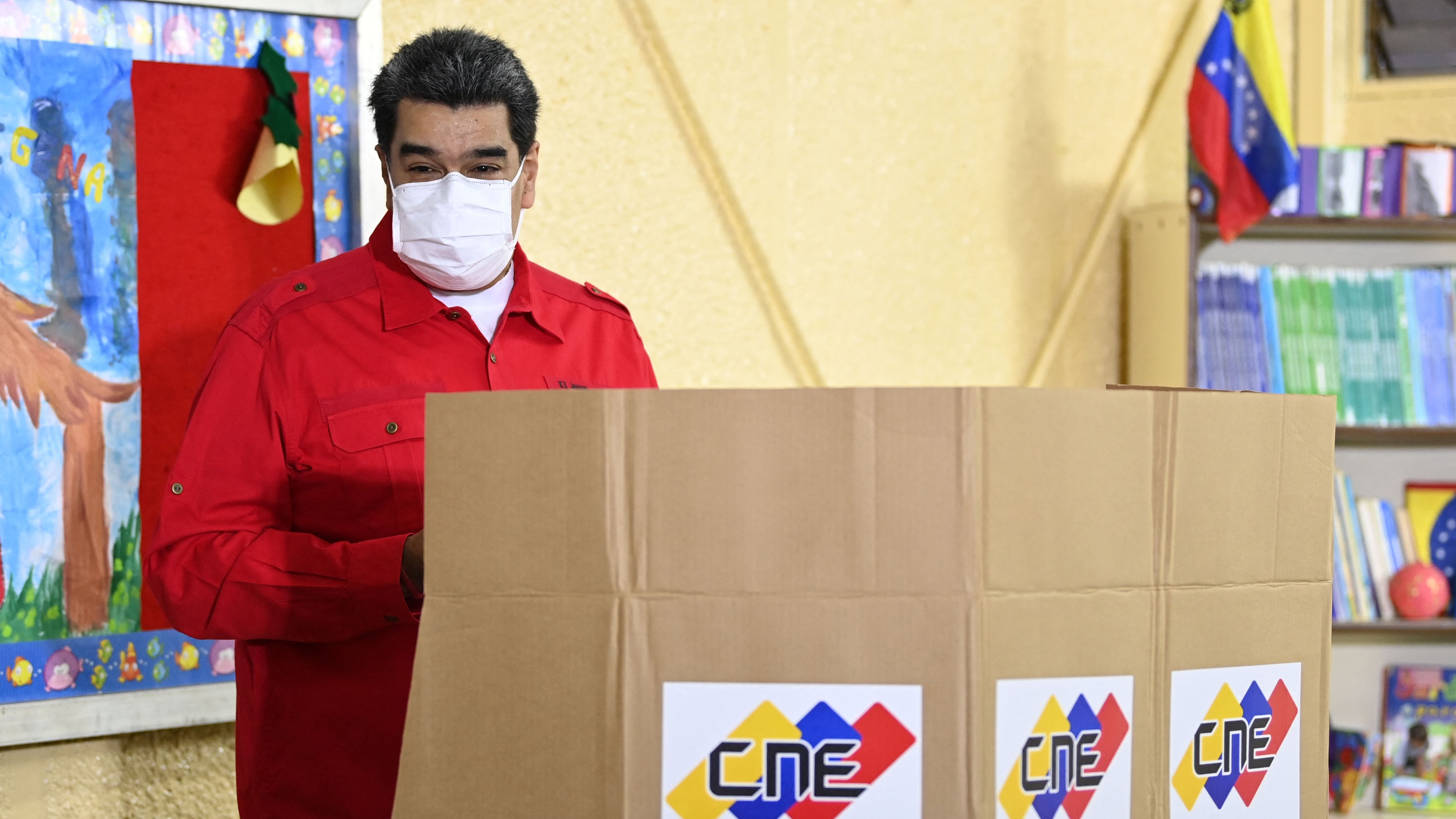 The high abstention has marked the regional elections that have been held this Sunday in Venezuela, the first in which the majority opposition has participated in five years. Six out of ten Venezuelans stayed home. These elections had been proposed as the way to pave the way for a fair and clean presidential election that would return the alternation in power. Chavismo has won in 20 of the 23 states at stake and in the government in Caracas. The main opposition parties, which until the last moment have shown their difficulties in coming together, won only three, two of them led by old regional chiefs.

The attempt to create a new opposition leadership that can forcefully reach future presidential elections has been unsuccessful. The participation has barely been 41.80%. Nothing strange in a country exhausted by the political confrontation. It was not easy to run into a partisan gathering in Caracas these days, not even in the final stretch of the campaign. People were ignorant of the names of the candidates. Some parties had called for abstention, considering that this process only buys President Nicolás Maduro time. The fact that the vote had symbolic rather than practical power is not that it helped much either.

That indecision paid for the triumph of Chavismo, which among other things had the entire State apparatus in its favor. His victory was so crowned that Cuban President Miguel Díaz-Canel publicly congratulated Maduro before the CNE released the results shortly before midnight. The Government has demonstrated once again that it has the capacity to mobilize its bases, which experts estimate to be just over 20% of the population, despite the discontent that is perceived in the country. The national economy has collapsed in recent years, bottoming out due to the collapse in the price of oil.

The opponents have been well received in Chavista neighborhoods after a long time. Nor has that been enough. The opposition has arrived fragmented at the meeting. There have been no joint lists and the vote has been dispersed between more than two options in most regions. The message has at times been contradictory. Prominent figures like Juan Guaidó have been ambiguous about whether it was convenient to go out to vote and others like Leopoldo López, exiled in Madrid, directly asked for abstention. In his view, not participating was “a cry for freedom.” Henrique Capriles, on the other hand, campaigned in the interior of the country.

The EU observation mission, whose preliminary report will be issued on Tuesday, will determine whether the minimum conditions exist to continue relying on the electoral route as a way out of the crisis. This seems long. The immediate failed in its day. The attempt to overthrow Maduro ran aground in 2019, when an interim president was even appointed, a 35-year-old lawyer named Juan Guaidó who had the backing of the United States. Maduro was castled in power.

As soon as the result was known, Chavismo launched a message of euphoria. The public channel titled in capital letters: “Historic victory of the revolution.” Maduro appeared in a red shirt thanking the Venezuelan people and insisting that these are the ninth elections to be held during his term. In the last two the opposition did not appear as it had no guarantees that they would be fair. “Thank you Venezuelans, thank you people,” he added.

One of the most prominent figures of Chavismo, Diosdado Cabello, awaited the results at the headquarters of the United Socialist Party of Venezuela (PSUV), the ruling party, addressing a group of leaders and commenting on the day in an appearance broadcast live. The veteran official leader issued a warning to the international community: “Here who appoints the president is not the United States or the European Union, it is the people of Venezuela.”

Former Spanish President José Luis Rodríguez Zapatero was invited by the body that organizes the elections. He met with Maduro at the Miraflores Palace. Zapatero has emphasized that the celebration of this electoral day should serve to resume the dialogue between the Government and the opponents, now broken by the stalemate in the talks in Mexico, where Norway acts as a mediating country. The pro-government leaders rose from the table after the extradition to the United States of Alex Saab, an alleged figurehead of Chavismo. Maduro stressed this Sunday that while Saab is still in detention, it is very difficult for them to sit down to negotiate.