Skip to content
Home News Hero mom watches avalanche sweep away son, then skis down to dig him out 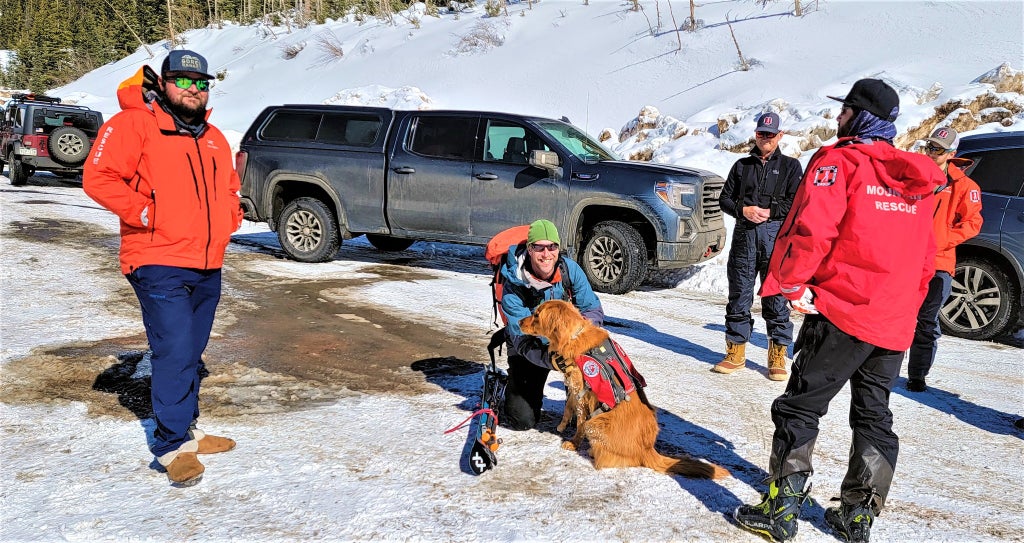 When a mother and son, both seasoned skiers, hit the Colorado slopes on Valentine’s Day weekend, they had everything they needed: experience, avalanche equipment, weather information.

But an issue with ski gear sent them into an avalanche zone; the son went to retrieve a piece of rappelling equipment they’d left the previous day on Dave’s Way, to the west side of Loveland Pass. And as his mother waited from in a safe place above, an avalanche started and the young adult got swept away, carried hundreds of feet down the mountain as she looked on in horror.

“If I’d been watching that, I would’ve thought: ‘My gosh, that’s it,’” says Anna DeBattiste, the public information officer for the Summit County Rescue Group.

The mother immediately took action, however, as local ski patrollers called in the avalanche. She strapped on her own skis and went looking for her child from her.

“It took her about 10 minutes to get to him,” Ms DeBattiste tells The Independent. “She found him buried up to his waist from him, a little battered and bruised, but otherwise unharmed. She dug him out.”

He’d been swept 200-300 feet down the mountain by avalanche debris, including over a 50-foot cliff. Most avalanches happen on slopes steeper than 30 degrees.

“It’s a shockingly happy ending,” Ms DeBattiste says, adding that he normally “wouldn’t have been expected to survive or walk away from that”.

Multiple response teams, dogs and a helicopter were mobilized, but the mother was able to signal to a drone deployed that the pair was okay. Then they skied down the mountain.

“They were very shook up, very traumatized,” Ms De Battiste says of the mother and son, who do not wish to be identified.

“I think it’s just pure luck that he went off a 50-foot cliff, but he must have landed in a good cushion of snow,” Ms DeBattiste tells The Independent. “He did n’t hit any rocks, he did n’t bounce off anything on the way; he didn’t get fully buried. All of that just seems lucky.”

He had an avalanche airbag and other elements of a kit to survive such a disaster, but when skiers get stuck in a “terrain trap” that might not even make a difference. A terrain trap is “anything that would cause the result of taking a ride on an avalanche to be even more severe than it might otherwise have been – like you’re trapped in a gully or you hit a tree or you go off of a cliff ,” Ms. DeBattiste says.

The Colorado Avalanche Information Center provides forecasts and observations and is regularly relied upon by skiers – especially those skiing in backcountry – about conditions. Ethan Greene, CAIC director, tells The Independent there are about 5,000 known avalanches recorded each year in Colorado – but that only represents about a tenth of what’s likely happening across the state.

“They vary in size pretty dramatically, from pretty small – something that’s not going to really hurt a person, as long as it doesn’t push you off a cliff or something like that – to really large events that change the surface of the earth ,” he says. “They’ll gauge the surface, wipe out trees.”

The CAIC ranks avalanches in size on a scale from one to five, he says; Sunday’s event near Loveland Pass was a two.

“It’s large enough to kill somebody, but it wouldn’t be large enough to destroy a building,” he tells The Independent. “It was kind of an interesting avalanche, because it wasn’t that deep. It was about a foot deep, maybe a foot and a half – but it was over 700 feet wide.

“When you get that much snow moving, that’s a fair amount of mass. What happens is, it flows over the terrain, kind of like a liquid – and it’ll pile up in the gillies, any depression, something like that.

“Even though the actual avalanche is only about a foot deep, you can get debris piles that can be quite deep… You can also get small avalanches, if they push you into trees or rocks, [that] can be really dangerous if they go into gullies or onto roads.”

Ms DeBattiste warns those enjoying the Colorado slopes not to get too comfortable or confident.

“Just because the danger is rated by the CAIC as low or moderate, low does not mean no danger,” she says. “The avalanche danger has been relatively low, but then the last few days, it had been rising because of wind.”

She adds: “We want experienced skiers to not get complacent and still follow their routines – read the forecast every morning.”

And it’s not just skiers who should be careful, officials warn. Just last month, a young couple and their dog were tragically killed in an avalanche while they were snowshoeing on Hoosier Pass, about 30 miles south of Sunday’s incident.

“It’s not very common for somebody to just get wiped out on a trail,” Ms DeBattiste says. “It doesn’t happen often, but it can happen.”

Mr Greene offers similar warnings to the more inexperienced as well to the expert skiers, who should always have avalanche necessities like a shovel and transceivers, or beacons.

“As far as people that are coming here, avalanches are serious… It really depends on where they’re going and what they’re doing,” he tells The Independent.

“If you’re going to a ski area, the ski areas have sophisticated snow safety programs,” he says, adding: “The important thing to remember with the ski area is to obey the closures so that you’re on the slopes . .. the areas deemed ready for you to recreate on – and to realize that, if you go outside the ski area boundaries, there’s a really drastic difference between the backcountry and what’s happening in the ski area.

“If you don’t want to deal with avalanches, staying in the ski area is important.

“If you’re going into the backcountry, you do need to worry about avalanches – and take care of it on your own.”