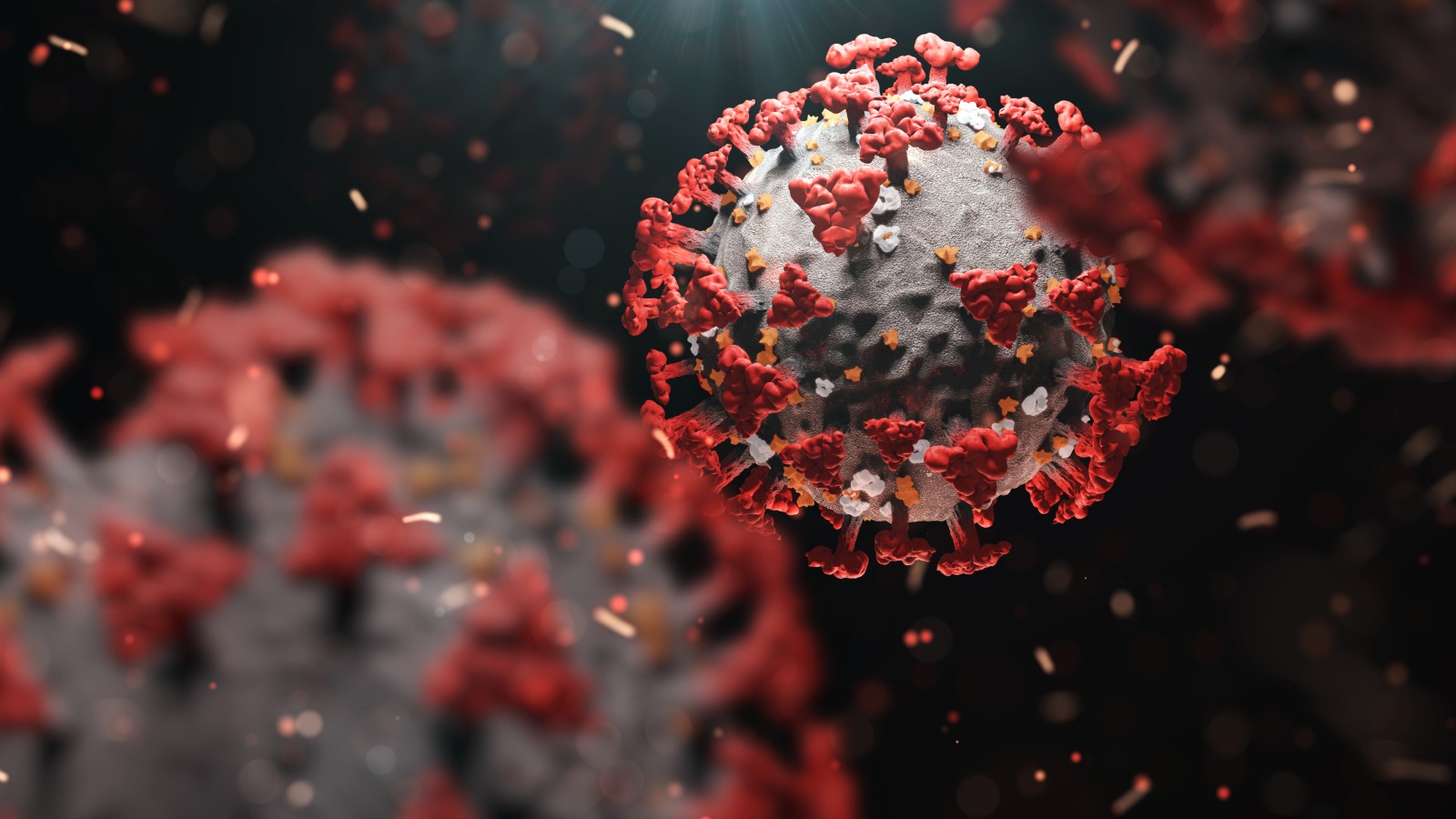 South Africa has detected a new variant of coronavirus in its territory, baptized as Ómicron or B.1.1.529, and as with the flapping of a butterfly’s wings, the alert has spread throughout the world. The United Kingdom, Israel, the European Union and other governments are imposing restrictions on arrivals from the country and stocks are falling again, while the scientific community works to learn more about it “high number of mutations” concentrated in a single variant. For its part, the WHO has already defined it as “worrying”.

Many mutations, what are the risks?

“The new variant is really worrying at the mutational level “, has warned Professor Tulio de Oliveira, director of the Center for Epidemic Response and Innovation of South Africa and one of the main scientists working on genome sequencing. Although the risks are not yet known exactly (if it is more contagious , causes more serious disease, or escapes vaccines) South African researchers have explained that Omicron contains more than 30 mutations in the protein spike of the coronavirus, which is what allows entry into human cells and on which the effectiveness of vaccines is based.

“It has characteristics and mutations of the other four variants of interest. It behaves similarly to Alpha in some diagnostic tests; it has mutations that are very similar to the Beta and Gamma variants, which confer some level of immune escape; and has mutations that are close to the furin cleavage site of the virus that allow the Delta variant to be more transmissible. So, at first glance, it seems that this variant has the two features that concern us the most, which are high transmissibility and a certain level of immune escape “, has explained, for his part, researcher Salim Abdool Karim, former president of the South African Ministerial Advisory Committee on COVID-19 and collects Reuters.

The scientist, however, has recalled that these are only indications, “extrapolations” based on the mutations that have been observed, but “they are not facts.” The existence of the variant has only just been discovered and “we have been fortunate to identify it quite early,” said Salim Abdool Karim.

Is it more contagious?

Still it is not clear if it is more transmissible than the Delta variant, predominant in the world today, although “everything seems to indicate that this is the case”, as recognized by epidemiologist Daniel López Acuña in RNE. As the World Health Organization (WHO) recalls, at the moment “there are less than 100 complete genomes sequenced, we don’t know too much about it yet.”

And, for this reason, variant B.1.1.529 is arousing so much debate and interest from the scientific community. “You have to see it, because when mutations are combined many times it is not exactly the same that when we look at each one individually “, contributed Iñaki Comas, researcher at the CSIC’s Institute of Biomedicine of Valencia.

In any case, the truth is that it is being transmitted successfully in South Africa. But why are you so concerned if the sequenced cases do not reach a hundred? Mireia Coscollá, a microbiologist from the University of Valencia and the CSIC, explained it on Channel 24 Horas of TVE: “the percentage of cases we sequence is very small, so there are not only 80 cases, there are many more. And not only they are in one country, they are in several countries, which indicates that transmission is already quite abundant. There are few cases detected, but in a very short period, that indicates that there is a lot of transmission. ”

Mireia Coscollá, microbiologist: “The new variant has an accumulation of mutations that we had not seen” – Watch now

Does it cause a more serious disease? Does it escape vaccines?

Now, “the really key question revolves around the severity of the disease”, said Richard Lessells, a medical specialist in infectious diseases at the University of KwaZulu-Natal in Durban (South Africa), during a press conference organized by the South African health department this Thursday and summarized by the journal Nature. But again, data is still missing.

Vaccinated people could be affected with “very few symptoms,” according to Professor Ángel Gil de Miguel, professor of Preventive Medicine and Public Health at the Rey Juan Carlos University. In an interview on Channel 24 Horas de TVE, he stressed that the Concern could be especially in countries with low vaccination rates and, in South Africa, less than 25% of the population has received the full course of vaccines.

So far, it has been reported anecdotal cases of reinfections and in vaccinated people, but “at this stage it is too early to say anything,” said Penny Moore, a virologist at the University of the Witwatersrand in Johannesburg, whose team is working on deciphering the ability of B.1.1.529 to escape the protection of vaccines, such as already did with Beta.

Protein Mutations Concern spike, which is the part of the virus that antibodies recognize to act, however, Moore has also warned that there are indications that the new variant could bypass the immunity conferred by T cells, another important tool of our immune system, as the note in Nature also collects.

Where was it detected and where is it circulating?

Researchers have detected variant B.1.1.529 by sequencing in small quantities, mainly in South Africa, but also in Botswana, Israel, Belgium and Hong Kong, although in the latter case by a traveler from South African soil. In the country of origin, estimates indicate that its circulation could already be high, at least in the province of Gauteng, where the capital, Johannesburg, is located, and the first outbreak has been identified.

The director of the Center for Epidemic Response and Innovation of South Africa, Tulio de Oliveira, has indicated on Twitter that they “estimate” that the new variant represents 90% of the cases in Gauteng, where infections have increased. According to the scientist, B.1.1.529 can be detected by a normal PCR, as was the case with Alpha, which “will make it easier for the world to track it.” Because, in addition, “there is concern that this variant may already be circulating widely in the country,” stated Dr. Lessells in the information session on the variant.

Faced with this fear, Israel has closed its borders with South Africa, like the United Kingdom, which has also shielded itself against other neighboring countries: Botswana, Lesotho, Eswatini, Zimbabwe and Namibia. In the same way, The European Commission has proposed this Friday to suspend flights from the southern African region, a measure to which they have already joined from Spain, France, Italy, Germany, the Netherlands, the Czech Republic, Austria and Croatia.

“The world should support South Africa and Africa and not discriminate or isolate them! By protecting and supporting it, we will protect the world!” Oliveira urged in a tweet, but governments around the world prefer to take action.

A WHO working group has decided to award it the label of “variant of concern” and the name of a Greek letter, a designation that has so far only been given to four variants. “It will take us a few weeks to understand what impact this variant has,” said the epidemiologist of the international entity, Maria Van Kerkhove, in a video posted on Twitter.