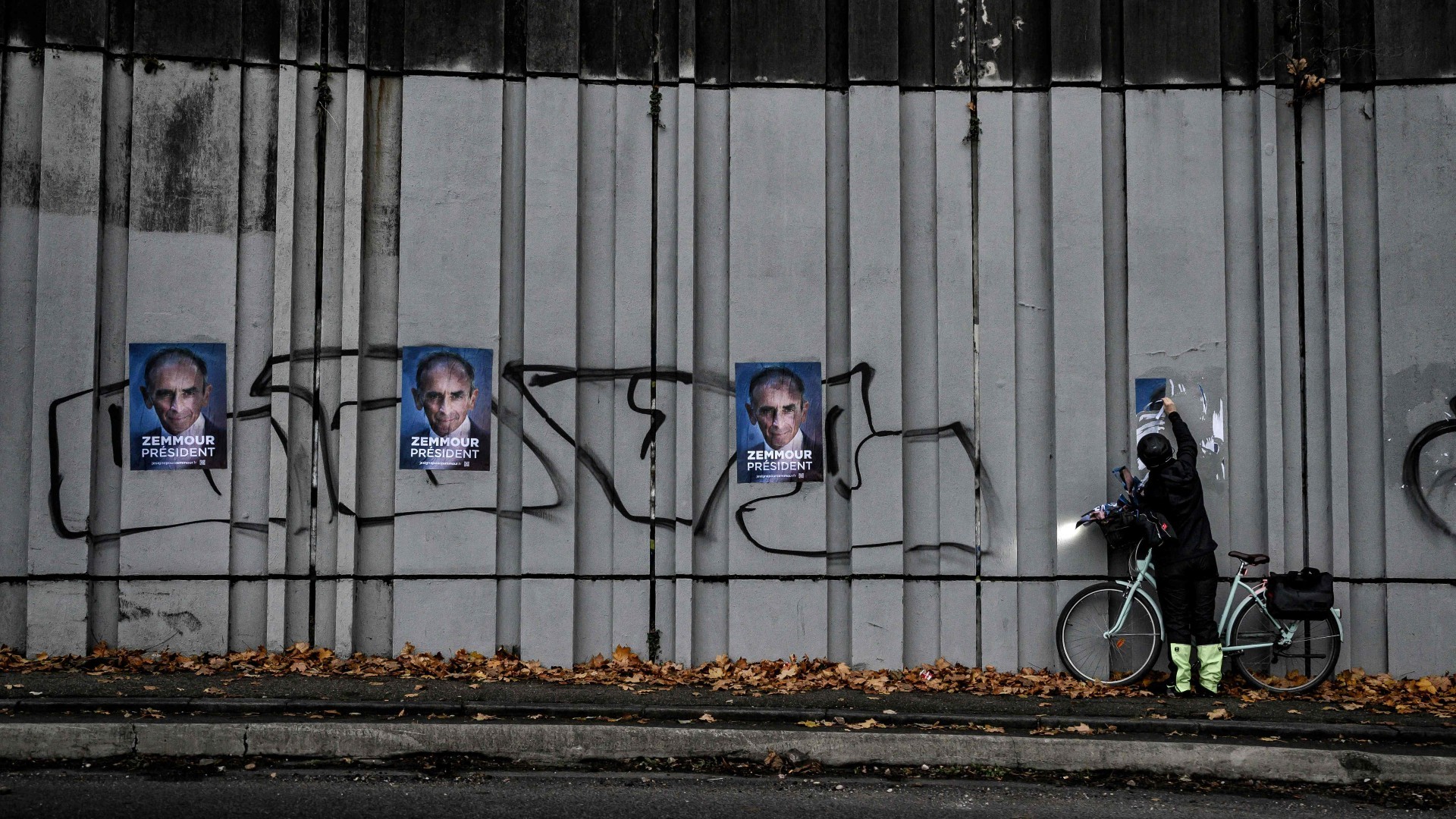 Breaker it has been. In aesthetics. When clear lighting, diaphanous spaces, omnipresent targets triumph in audiovisual matters, even on French television sets (white was anathema on analog television!), The candidate of the moment goes and presents his candidacy with a gloomy aesthetic, gloomy even. Accented by his angular, lean face, a la Christopher Lee. Like a clandestine apparition, in the shadows. Eric Zemmour has not launched his official YouTube campaign as a messiah that appears triumphant, but as one still hidden in the catacomb of a poorly lit library. Who is chasing him? The answer comes later.

Like anyone who knows a little about French history and mythology when I saw it, after being surprised by that involutionist aesthetic, I exclaimed Ici, Zemmour! “Ici, London. Les Français parlent aux Français ”was the headline of the broadcasts from BBC Radio of the French exile. They were heading for the Resistance in a France occupied by the German army during World War II. The symbol is the photo of General De Gaulle before a microphone calling on the French to organize and fight against the occupier. It was “l’Apel du 18 Juin”, the call of June 18, 1940. There was no record of the original recording, but the general lent himself to reread it and take the photo in studio 4B, on the fourth floor of the BBC Broadcasting House, in London. De Gaulle is the great myth, the inspirer, almost a saint of the French right. The Conservative Party and its leaders call themselves “Gaullists”, as the British Conservatives do “Thatcherists.”

Those broadcasts of the French exile began with the first four notes of Beethoven’s Fifth Symphony, the famous pam-pam-pam-paaaam. In Morse: … – That is, the letter V. A V for 5th and for Victoria. One of the letters that the resistance painted in its clandestine campaign. The V that Churchill immortalized with his fingers at the end of the war.

Eric Zemmour chose that cocktail of mythological references to the resistance to the Nazi occupation to announce your candidacy. He alone in front of a microphone, reading some pages, without teleprompter. Looking, therefore, at those papers and not at the camera. The hero of a resistance sheltered in the dark which De Gaulle of 2021. He also calls to rise up against an occupation.

Continuing with the aesthetic, the musical band of the video, 10 minutes !, Beethoven. The beautiful second movement of the Seventh Symphony. Why Beethoven? They wonder in France if the German genius admired the French Revolution and the first Napoleon, but hated the Emperor that Zemmour claims. Beethoven was a universalist and that is why the European Union chose his Hymn to Joy from the Ninth Symphony as their hymn. This European Union that, according to Zemmour, it dominates France and turns the French into vassals.

The keys of ultranationalism

Éric Zemmour in those ten minutes of presentation it touched all the keys of today’s ultra-nationalism. After showing the candidate in the hideout, the video continues with an initial montage of current violence and disturbances, queues and allusions to unemployment, emergencies or different social services, while in off Zemmour describes how the French go out into the streets, go shopping or go to the clinic and do not recognize their country or their language. That is to say, the real French, the owners of France, are white and Christian. And they speak French.

He immediately contrasts it with archival images – in black and white! – of a supposedly idyllic past. Cinema, no-two, from the 60s. Model of a perfect society. His remake of the Trumpian “Make America Great Again”, whose subtext is “Make America White Again”. Going back to white France is what the video does and claims Zémmour. Neither the video nor the candidate in the text you read in off They mention, of course, that in those years France was at war, in its colony Algeria, neither the nationalist terrorism of the OAS, nor the riots carried out by very white university students.

Zémmour addresses those like him who believe that they are “witnessing the end of our civilization”, that the French (white and Christian, it goes without saying) are “foreigners in their country.” The idea of Great Replacement, the great replacement. The title and thesis of the book (2011) by Renaud Camus: there is a conspiracy of the world elites against white France and Europe, to colonize us by African and Muslim Arabs. A theory that embraces Zémmour and the extreme right of other countries. The European Union is part of that supposed conspiratorial elite. This conspiracy is to blame for the dwarfing and impoverishment of “a millennial nation.”

Overbooking on the far right

Zémmour breaks into the French political spectrum without a party and after decades in which the extreme right has had an electoral option: the Le Pen dynasty. First, Jean-Marie and then his daughter Marine.

One of the strategies of Marine le Pen has been “de-demonizing” the match. Make the extreme right a less indigestible offer. She is not as direct as her father, nor grossly racist or anti-Semitic, and embraces feminist postulates. Within that strategy, in 2018 he changed the name to the party that his father founded in 1972, the old tactic of changing the label to make us believe that it is another product. The Front National is now the National Gathering, changed Front by National Group.

See also  Why would a climate scientist go on Joe Rogan's podcast? 'I agreed before I thought about it'

For Zemmour that is an extreme right with complexes and he is the redeemer who is not afraid to say what they think and they feel “the French”. “They will call you racists” he tells his potential voters, he goes in the package of this revolution to recover the real France. And, suddenly, what Marine Le Pen could not achieve with her strategy has been achieved by Zemmour. Compared to him, the Le Pen option does not seem so indigestible.

The Trump phenomenon is the most spectacular example of how the majority of the media and intellectual elites disparaged the electorate that shared what the candidate said.

That the postulates of this extreme right, of this ultra-nationalist, are not shared, does not mean that there are not many French citizens who identify with his apocalyptic description. They feel disappointed by expectations, dispossessed and increasingly strangers in the neighborhood where they live, “like exiles in their own country”, says Zémmour, playing, again, the mythological key that he mentioned at the beginning: just as De Gaulle addressed the French from his exile in London, he appears from that catacomb library, so that today’s resistance will rise up with the weapon of the vote against “the great substitution” as it rose against the Nazi occupation. A call for a reverse revolution has been christened by some French analysts.