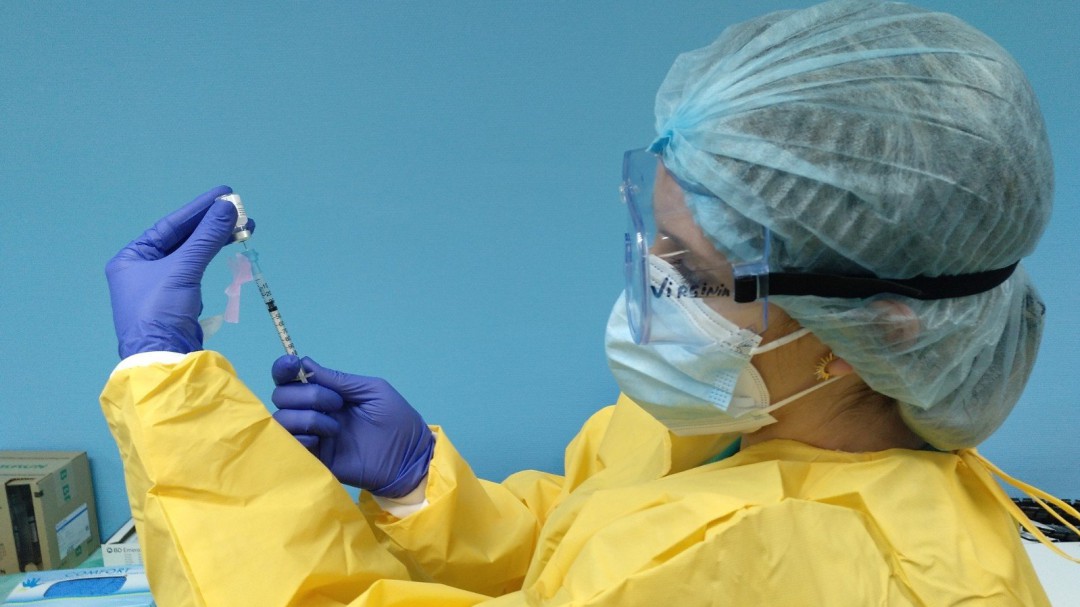 Those under 65 who have been infected with coronavirus will receive their third dose four weeks after being diagnosed and provided that six months have passed after completing the schedule, according to the latest update of the vaccination strategy published this Wednesday.

Although the deadline for the reinforcement, which is currently six months after completing the guideline, could be reduced to three months soon, sources close to the presentation of vaccines are transferred to Efe, an organ that is studying the possibility of advancing the reinforcement in line with what other countries around us have already done, although the final decision will depend on the Public Health Commission.

The third dose for the group between 40 and 65 years has not been detailed until today in the vaccination strategy, which in its previous version, on November 2, long before the omicron explosion, was limited to regulating that of the older than 70 and inmates in residences.

Thus, the document includes all the agreements adopted by the Public Health Commission since then, aimed at trying to contain the tsunami unleashed by the new variant, such as expanding the reinforcement to those over 40 and introducing pediatric vaccination to children of 5 to 11 years.

Given this scenario, the new update includes a section for those people of these ages who were already close to receiving their booster these days – established six months after the second dose – but who have been forced to postpone it due to contagion.

At the moment, the third puncture for people between 40 and 65 years old is fixed at least 4 weeks after the diagnosis of the infection – if they are completely recovered and have completed the isolation – and as long as 6 months have elapsed since the second dose if they were vaccinated with mRNA (Pfizer or Moderna) and three, if they received one with adenovirus (AstraZeneca or Janssen).

For this same group, excluding residents in centers for the elderly, the highly dependent and people with very high-risk conditions, the strategy recommended is that they receive a single dose as a primary vaccination 4 weeks after infection.

However, for the first time, it opens the door for them to have the second if they need a vaccination certificate with at least two doses, for example, for international travel or studies.

In this case, the second injection will be considered as a booster if it is administered with the same period of time mentioned, that is, four weeks after diagnosis and six months after infection.

For the rest, the tenth update includes the latest agreements adopted by the Public Health Commission since last November 2 -when the ninth was published-, among them the pediatric vaccination that started in mid-December.

In this sense, remember that children from 5 to 11 years old are administered only the Pfizer childhood vaccine – the only one authorized at the moment – in two injections separated by eight weeks; If the minor turns 12 years old between the first and the second, the adult dose will be given but with the interval of eight weeks established for the little ones.

Children with a history of SARS-CoV-2 infection will receive a single dose from 4 weeks after diagnosis or on the date of onset of symptoms; If contagion occurs between doses, the regimen will be completed with the second after recovery and when 4 weeks have elapsed, also maintaining the 8-week interval.

The document also echoes the latest vaccine approved in the EU, that of Novavax, the first authorized based on a recombinant protein platform, although it still does not make any recommendation on its use since there is not yet availability of doses in Spain.