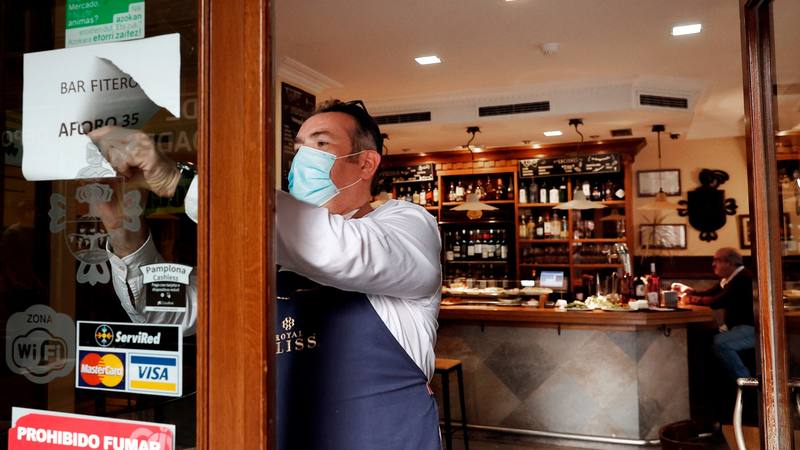 Health will propose this Tuesday to the autonomous communities, within the framework of the Public Health Commission, to review upwards the thresholds of the coronavirus incidence indicators in the face of lower hospital pressure and to make the recommended non-pharmacological measures more flexible.

This afternoon he will present his draft, which updates the so-called COVID traffic light, with which Health has established since October 2020 the response actions that it has recommended during the pandemic to control the transmission of COVID-19. Then the vaccination campaign had not yet started and each increase in the cumulative incidence of COVID-19 caused saturation weeks later in hospitals and ICUs and thousands of deaths. In the current context, with more vaccinated population (79% of the population, 37.4 million people, have received the complete vaccine schedule), the updated draft of the ‘traffic light’ raises the current risk indicators.

Likewise, the new risk levels change the name of the lowest level, that of “new normal”, which would be called “controlled circulation”, which would no longer be entered when the incidence rate falls below 25 cases per 100,000 inhabitants, but with less than 50. To date, only Ceuta has a “new normal” incidence.

If the draft is approved with the new levels, Andalusia, Asturias, Extremadura and Galicia would be in “controlled circulation”, which are at a low risk level in the current standards, with a cumulative incidence rate of between 25 and 50 cases. In total, adjusting the indicators according to this draft, there would be 13 territories at a low risk level or controlled circulation, for the five that there are now.

According to the Health document, the current epidemiological situation is very favorable with a marked decrease in serious cases and fatality which, together with the high vaccination coverage, “requires a review of the indicators used to monitor the evolution of the pandemic and the non-pharmacological measures recommended for each of the established risk levels “.

Regarding the alert levels, Health considers that to go down from alert level 1 (low risk) to the level of “controlled circulation” it will be necessary for “each and every one of the indicators to be below the minimum value”.

The autonomous communities will periodically review the evolution of the indicators to assess maintaining or modifying the alert level. Each community must carefully monitor the indicators of their territories in environments of special vulnerability such as socio-sanitary and strengthen response capacities in the affected area.

And in “special situations in which a specific risk is detected”, the communities will be able to make the decision to quickly raise the alert level for a certain territory.

The accumulated incidence has been the most used indicator to know the level of transmission of the pandemic in Spain, but the Health traffic light contained seven other main markers and other secondary markers. In the end, however, the decision to include a region at one level or another was not automatic based on the basic indicatorsIt also depended on other values ​​such as the trend, the positivity of the suspected cases, the ability to establish contingency plans, in addition to other factors such as the demographics and mobility of the evaluated territory.

In any case, the alert and risk levels defined in this traffic light entailed the application of a series of restrictions that would affect mobility, capacity and the closure of activities, among other aspects, according to the agreed coordinated response actions document by the Interterritorial Council. In any case, the traffic light is not a mandatory norm, but rather establishes a guide for the regional governments to establish their restrictions.

They insist on maintaining the use of the mask

And also the new draft modifies some of the recommendations of the traffic light. Thus, in areas where indoor activities are carried out and the continued use of the mask can be guaranteed, there will be no reduction in capacity at alert level 1 and will remain at 75% at alert level 2, and 50 % at alert levels 3 and 4.

In addition, the draft insists on the hygiene and prevention measures included in Law 2/2021 of March 29, which continue to be mandatory, as well as the current regional regulations.

These measures, he says, should be applied regardless of the level of alert in which a territory is, even when it is in a new level of “controlled circulation” and in particular it is “important to maintain the use of the mask”.