Skip to content
Home News ‘He laughed when I said I wanted to climb Kilimanjaro, so I dumped him and did it’ 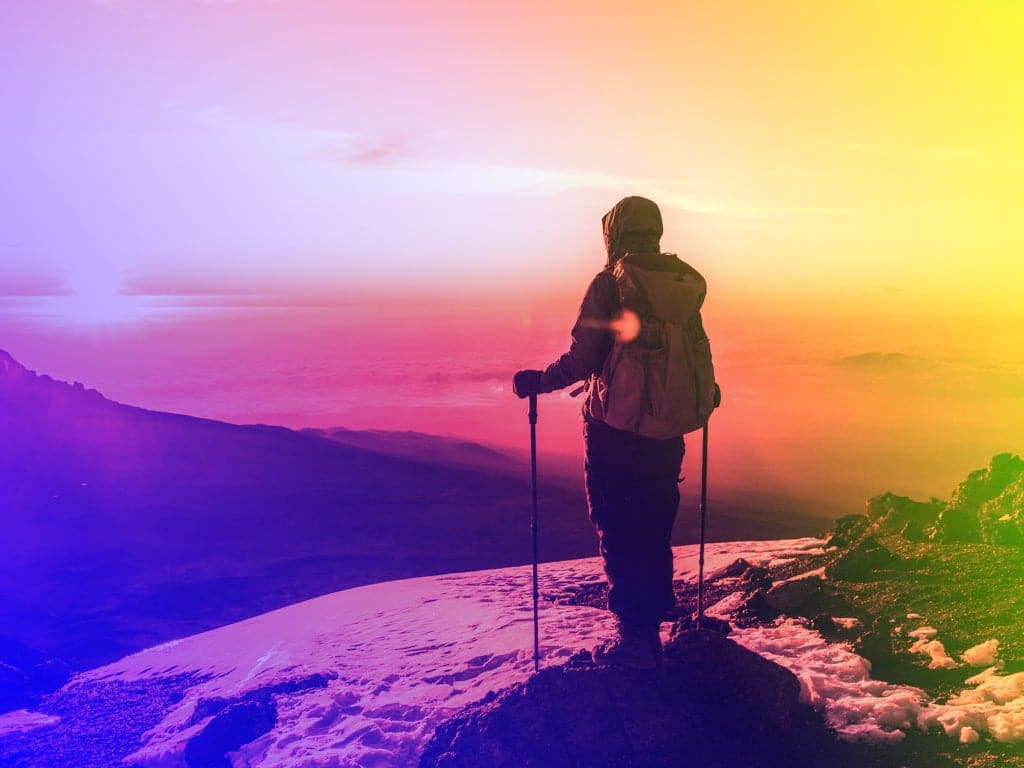 I met Jonathan in 2009 on a dating website. We clicked immediately and bonded over our shared love of travel and adventure. I was 27 at the time and had never been in a serious relationship before, let alone ever said the words “I love you” to anyone outside my own family. Needless to say, Jonathan became a big part of my life pretty quickly and, after two months, he moved in with me.

We’d been together for two years when the Kilimanjaro conversation happened. I am a plus-size person and have had a few health challenges in my lifetime. As a result, quite a few people underestimate what I can and cannot do. I just didn’t expect my boyfriend to be one of them. My response to him at the time was fairly nonplussed; I didn’t want to let on how much he’d hurt me.

But that comment made me realize something was wrong in the relationship. He was quite controlling, and would often put his own goals and ambitions ahead of my own. I found myself constantly having to put my needs aside and acquiesce to his. Three months after that conversation, we broke up.

See also  Millions face ruin as bills to rise by ANOTHER £1,000 this winter, energy boss warns

The thought of climbing Kilimanjaro faded away in my mind until the week before my 30th birthday, when I was standing on a train platform on my morning commute saw a huge advertisement that just said “Climb Kilimanjaro.” I think it was a combination of the breakup and those unsettling feelings you get when you’re about to turn 30 that convinced me I had to do it.

I decided to do the climb with the charity Children with Cancer. We would do it as a group and I deliberately chose to do it with people I didn’t know. I was a part of the Climbing Club at university and have always had an interest in geography. Most people will go to Kilimajaro to reach the summit as their challenge. But my interest was because it is the only place in the world where you can experience all seven world biomes (various ecological communities) in one place. The location of Kilimanjaro means that it starts in the rainforest but its height means you finish in glaciers. A few of the people in my group were also excited about this.

I trained hard, but Kilimanjaro is a steep mountain and would be a challenge for anyone. In my head, when I started the climb, there was very much a feeling of giving the metaphorical finger to my ex, plus a real sense of pride and achievement, mixed with a bit of, “oh crap, what have I done”. But as the climb progressed, I found myself feeling increasingly motivated by his words from him.

My pace was slower than the others in the team, but I still achieved an altitude of 4,100m and could see the summit glacier at 5,895m from where I decided to stop. When we returned home, we learned that the Welsh footballer, Robbie Savage, had also been on the mountain at the same time as us, and had to come back down due to altitude sickness. I have to admit, I was quite pleased when I found out I achieved a higher altitude on that trip than he did.

The most amazing part of the climb, though, was at Camp Two. It was here that I decided not to venture to the summit and left the team. I had an amazing day resting on my own contemplating life. There were no gadgets, no signal interference or electronics. There was just me, looking out over the clouds, higher than the rest of the world, and breathing in fresh, unpolluted air. It was amazing for thinking, and for just being. I don’t think we get enough of that in modern-day life.

I’ve done a lot of work on myself since the breakup. The trip to Kilimanjaro went a long way towards reminding myself of what I could and couldn’t do, both in my personal and professional life. I was made redundant at work shortly after I came back, and I decided to launch my own design business. Today, I’m a brand stylist and a creative coach. I have dabbled in online dating here and there, but to be honest, finding a romantic partner is not something I have prioritized in the last few years. I have been focused on building up my career, my confidence, and creating a life where I am content, with or without a partner. If I’d told the woman sitting in that pub this is where I’d be now, there’s no way I’d have believed it.

*Names and identities have been changed