Skip to content
Home News ‘He has a lot on his plate’: Kremlin denies defense minister is leading a coup, just busy 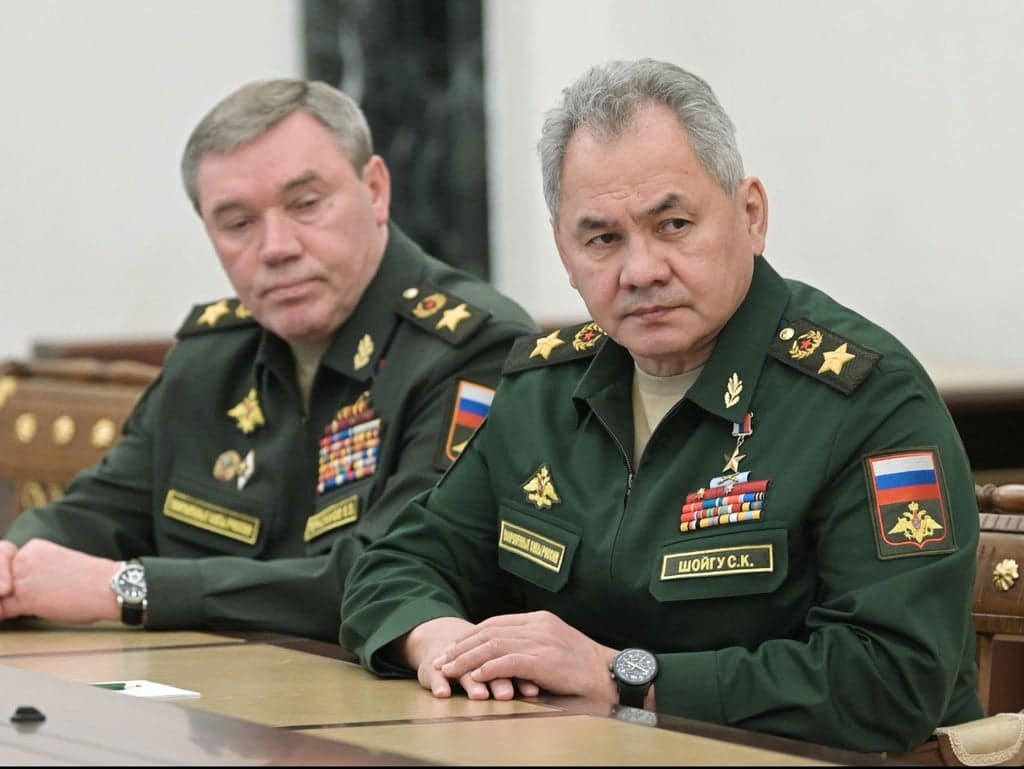 The Kremlin has insisted that Russia’s defense minister – who had not been seen for 13 days – has “a lot on his plate”, amid reports of whistleblower claims of the growing possibility of a coup against Vladimir Putin as the Ukraine war drags on.

Sergei Shoigu, a close ally of the Russian president, was a prominent voice during the early days of the invasion of Russia’s sovereign neighbour, echoing Mr Putin’s claims of acting to “demilitarize and de-Nazify” Ukraine.

But the defense minister was reported by Russian news site Agentstvo not to have been seen for nearly two weeks, with the Kremlin’s last reference to him coming on 18 March, when he and Mr Putin were said to have discussed “the progress of the special operation in Ukraine” with Russia’s security council.

Russian journalists noted that Mr Shoigu had not been pictured with Mr Putin since 27 February, when the president asked him and the chief of the general staff, Valery Gerasimov, to put Russia’s nuclear deterrent forces on “high alert”, while Agentstvo speculated that the minister may be suffering from heart problems, citing an unnamed official.

With rumors of a rift between the pair swirling on social media, Kremlin spokesperson Dmitry Peskov said on Thursday that the defense minister had a lot on his plate right now and that “now is not really the time for media activity”, Reuters reported.

Shortly afterwards, Interfax cited the Kremlin as saying that Mr Shoigu had updated Mr Putin and Russia’s security council about the war on Thursday.

See also  Where is Ukraine? Countries bordering Ukraine, why Ukraine isn't in NATO, Ukraine on map - and where Russia is

And in footage purporting to show the meeting, aired by Russia’s RIA news agency, the defense minister was briefly visible on a split screen of Russian officials displayed in front of Mr Putin – although strange activity on Mr Shoigu’s screen at the start of the clip saw doubts quickly cast over its veracity.

It came as the handler of an alleged whistleblower in the Russian spy agency FSB claimed that the risk of a coup against Mr Putin was growing with every week that the war in Ukraine drags on.

Vladimir Osechkin – a man on Russia’s most-wanted list for exposing abuse in prisons – has published 11 letters purportedly sent to him by an FSB insider since the war began, claiming that chaos and discontent have engulfed the Russian security services, The Times reported.

Speaking to the paper from exile in France, the 40-year-old founder of rights group Gulagu.net said: “For 20 years Putin created stability in Russia. FSB officers, policemen, state prosecutors, those people inside the system, were able to live good lives.

“But now that has all gone. They recognize that this war is a catastrophe for the economy, for humanity. They don’t want to go back to the Soviet Union and they are willing to make the system change if they need to.

“For every week and every month that this war continues, the possibility of a rebellion by those in the security services increases.”

The first letter published by Mr Osechkin – which was deemed authentic by multiple experts – likened the “total failure” of Mr Putin’s war to the collapse of Nazi Germany, while the most recent warned of potential anti-Polish provocations, and alleged plans for a massacre of civilians in Kherson.

It is not just defense minister Mr Shoigu – whose daughter appeared this week to post to social media an image of herself and her baby wearing Ukrainian colors – who has not been seen in recent days.

Mr Gerasimov, the co-recipient of Mr Putin’s nuclear demand last month, is also reported not to have been seen publicly since 11 March, following claims – reportedly voucher for by Mr Osechkin – that arrests had been made against several senior officials in the FSB and national guard.

Interfax Ukraine cited the secretary of Kyiv’s national security council, Oleksii Danilov, as believing that the disappearance of key Russian military leaders from the public sphere suggests that Russian authorities are investigating those deemed responsible for Moscow’s failures in Ukraine.

And in a further indication of discontent in Moscow, it emerged this week that a top adviser to Mr Putin – known as “the father of the oligarchs” – had become the first senior official to break with the Kremlin since the invasion began.

In what would mark a high-profile defection, Reuters cited two sources who claimed that Anatoly Chubais had stepped down as a special climate envoy and left Russia with no plans to return, supposedly in protest against the war.

The 66-year-old’s resignation was confirmed by Kremlin spokesman Dmitry Peskov on Tuesday, who said Mr Chubais had stepped down of his own accord.

Previously chief of staff to former president Boris Yeltsin, Mr Chubais is known for creating Russia’s current oligarchy with his controversial privatization policies in the early 1990s – and was Mr Putin’s boss when he first started at the Kremlin.

One western official said that although Mr Chubais’s resignation was “a significant statement”, he had been “relatively high up on the list” of people expected to make such a move.

“I think it’s encouraging that there are senior members of the Russian political class that are doing such things, but it doesn’t lead me to a conclusion that this is in any way undermining the security of Putin and his regime, given the iron grip that he holds together with those at the center of his power,” the official told Reuters.

Pointing to a multitude of protections Mr Putin has in place, including a network of counterintelligence agents monitoring dissent in Russia’s armed forces, one expert in authoritarian regimes and coups suggested this week that “Putin knows there are few elites in Russia capable of moving against him ”.

“Even if everyone in Putin’s inner circle wished to get rid of him, the consequences of failed action and the difficulties of coordinating a move against him under the watchful gaze of multiple security services render any coup unlikely,” Adam E Casey, of the University of Michigan’s Weiser Center for Emerging Democracies wrote in Foreign Policy.