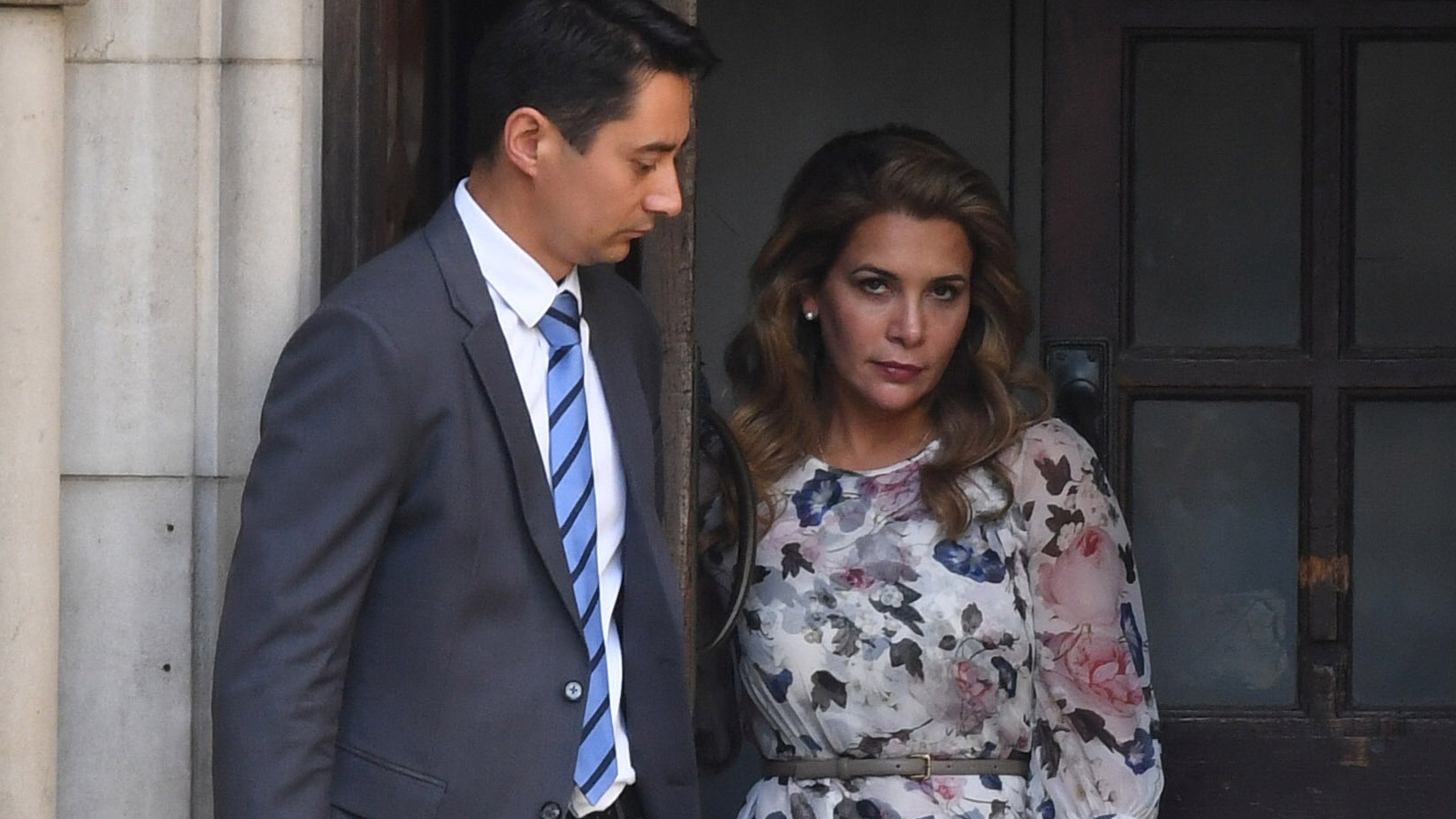 The bizarre story of Princess Haya of Jordan, ex-wife of the Emir of Dubai, has been on the front page for two and a half years in the Middle East, the United Kingdom and much of the rest of the world. It has not lacked ingredients to seem an almost fictional story, although it is sadly real and with the weight of sexist violence in between. In the life of Haya, who had to leave Dubai in 2019 after the threats of her husband when he discovered that he had another relationship, there have been clandestine flights to distant countries, threats and frustrated kidnappings, sibylline diplomatic efforts on the part of King Abdullah of Jordan, the mediation of the world’s most prestigious lawyers, attempts at technological espionage … and millions, many millions of euros. Now, with the divorce closed and with a compensation that, according to what has just been known, is more than 650 million for the princess, a new chapter in history has been known. And it is that Haya, threatened by her husband and with the weight of the flight from an emirate like Dubai under her back, has also had to deal with blackmail by members of her personal security.

A year ago it was learned that Haya, 47, had had an intense two-year affair with one of her bodyguards, a British man named Russell Flowers. Then it became public, through the Daily Mail, that she had given him expensive gifts: luxury watches, cigars, personalized weapons … in total, more than 1.4 million euros in gifts. But today an investigation published by the British newspaper The Times turns history on its head. According to the newspaper, the family judge Moor, of the High Court of London, has ruled that it was Haya’s security members who blackmailed her by making that relationship public, and got her to pay them almost eight million euros.

The security guards involved were four, named in court documents as A., B., C. and D., and the four men and British. Apparently B. and C. obtained 4.5 million (5.3 million euros), while A. and D., who was the princess’s lover, a married British man, took 1.4 million euros each. Judge Moor states in his writings that it was “a very unsatisfactory episode” for the princess and that “Her Royal Highness must have been very scared.” In fact, in the hearing of the trial, the princess herself speaks of that fear that she came to suffer because of the threats

Judge Moor laments, and even blames himself, that the four blackmailers “have fled and are not being pursued.” Apparently, according to court documents obtained by The Times, it all started in February 2018, when a former member of the security team filed a lawsuit for unfair dismissal and decided to blackmail the princess to get money. She then gave that man, who would be called A., a total of 1.4 million that she took out from her daughter Jalila (who just turned 14 years old); As he explained, he used his children’s checking accounts because it was “the most convenient”, stating that he would return the money used to them.

Only five months passed when, that same summer of 2018, members of the security team called B. and C. demanded 5.3 million from Haya. “I was scared and had the money in the account,” she says at the court hearing. Later, the blackmail came directly from her lover, who demanded another 1.4 million euros.

In the judicial documents that have now come to light, the blackmail is revealed, but the large compensation of 554 million pounds – 651 million euros – received by the princess is also detailed and detailed, which would be the highest in the event of divorce from the United Kingdom and that, despite everything, would be far from the initial demands of the princess, which were 1,640 million euros. Thus, for example, it is explained that the long legal process has had a cost of more than 140 million pounds (164 million euros) and that it has been paid by both parties. The total payment for the princess is 251 million pounds, almost 300 million euros, and it includes almost 25 million euros to compensate for the jewelry and haute couture clothes that she left in Dubai, 5.8 million a year for the holidays or 2.4 million to reform the kitchen of the London house where they live and add a pizza oven. For the education of his two children the emir will pay another 3.5 million euros. In addition, the judge has assigned the sheikh a payment of more than 10 million pounds (almost 12 million euros) annually in security for the princess and her children until the children finish studying, because, according to the magistrate, “the greatest threat faced [la princesa] it is the sheikh himself ”.

The judicial document gives a good account of the terror that Haya must have felt. Educated at the University of Oxford, she is the daughter of the late Hussein of Jordan and sister of Abdullah, current sovereign of that country, who has also helped her get a position in the Jordanian embassy in London to achieve diplomatic immunity. She is the – from what can be known of that veiled world – sixth wife of the emir of Dubai, the millionaire Sheikh Mohammed Al Maktoum, with whom he has two children. But the discovery by the emir that he had a lover precipitated his flight out of the country, and he took refuge in London, where the family owns an exclusive mansion in Kensington Palace Gardens (London), valued at almost 100 million euros. Haya’s story has been the best known, but not the only one. It has been known that the sheikh’s first wife, whom he divorced, was never able to see her children again. The princesses Shamsa -in 2000- and Latifa -in 2018-, daughters of the emir, also tried to flee the country, but with less luck than their father’s sixth wife.