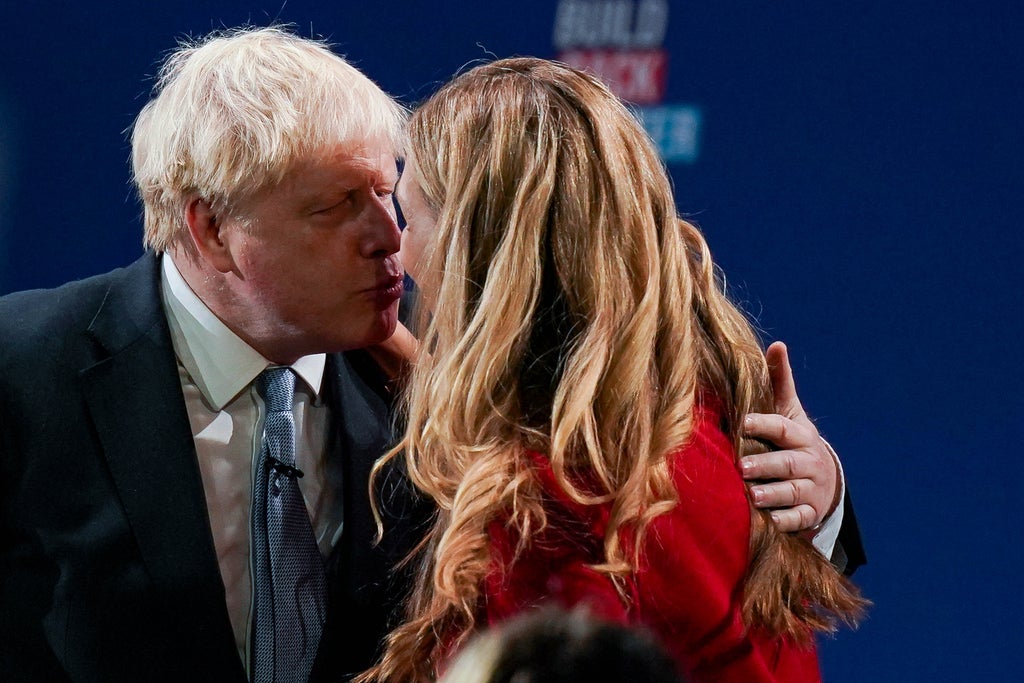 It’s probably not good news, is it, when the police announce they’ve opened a criminal investigation into events that have happened in your own house. But what might well be even worse news is that there really does appear to be some kind of public debate over whether an actual police investigation into large numbers of parties in 10 Downing Street is good or bad news for the prime minister.

Apparently, this will give him a bit of “respite”. Ah yes, who needs to spend a fortnight in the Caribbean on somebody else’s money when you can just have the soothing calm of a police investigation? Still, if Johnson gets to finally take a breather from it all, then so can we. It is, at least, a glorious opportunity to take stock of the story so far and, frankly, there’s never been anything quite like it.

So come on. Who saw the plot twist coming? Be honest. Absolutely not one. I speak, of course, of Monday night’s incredible climax, and the revelation that it has been Carrie Johnson bringing him down from the inside right from the start.

And now, wallop! It’s not merely that the most recent party was his own birthday party. Not merely that even he can’t claim he didn’t know it was a party when people were singing him “Happy Birthday” and he was blowing out candles on a cake. It’s the wheeling into the cabinet room of the “wallpaper consultant” to present said cake, thus both rendering it impossible to be described as a work event (Lulu Lytle is not, as yet, in the cabinet), and also, just for the art of it, weaving together her two big scandals into one perfect, cake-based vignette.

See also  Doncaster has been granted city status - but what does this actually mean for the area?

An actual birthday party, against all the rules, in the very room where the rules were actually made. The sheer class of it, the jaw-dropping style.

Now we know it was always Carrie pulling the strings, it seems so obvious. The hundred-and ten-grand flat refurb she knew he would never pay for himself was a work of actual genius. What’s not clear yet is whether she and Dominic Cummings are actually working together, but for a woman of her suddenly obvious talents, the most plausible explanation is the most impressive. That really she did get him thrown out, creating the deadly enemy she needed.

In fact, when you come to see that all of Johnson’s so-called friends are engaged in a highly sophisticated plot to ruin him, the whole thing suddenly starts to make a lot more sense. Why else would, say, Michael Fabricant, go on the television day after day after day to simultaneously say that the prime minister has done nothing wrong, while confirming that he has indeed broken all of the rules he made himself. What an asset manufacturer has been. He’s been in deep cover as a complete idiot for decades.

Then you’ve got Dominic Raab, Nadine Dorries, the list goes on. All of them, taking it in turns to say such things as “they were just having a drink after a long, gruelling day”, which is very clearly against the rules, it’s so clear now that they’ve all known exactly what they were doing all along.

See also  'We can be cautiously optimistic': Ovarian cancer death rates will fall 17% in the UK this year

“So, when people in an office buy a cake in the middle of the afternoon then stop to sing happy birthday, this is now called a party?” said Dorries yesterday. Poor Nadine has rather taken a lot of flack for this. Several thousand people have pointed out to her that saying the rules were stupid is not really a very effective way to defend the guy who both made them and then broke them, and is now under police investigation.

It’s not a defense at all. It’s actually a double attack, both for making ridiculous laws and then breaking them yourself.

So yes, the only sensible explanation is that they already know, and they’ve executed their plan with such ruthless effectiveness that, after a full two months of recalcitrance, the police now have no choice but to get involved.

It’s not clear when they’ll report back. But their involvement does mean the whole absurd case has at least been elevated out of the court of public opinion, which in this brave new world of shamelessness without limit is not as powerful a body as it used to be.

As for the verdict? Well, far be it from me to prejudge whatever the police might find, so for now I’ll just say this. Five stars. to knockout. An absolute sensation. And as for the female protagonist, well, awards season awaits. Truly a performance for the ages.